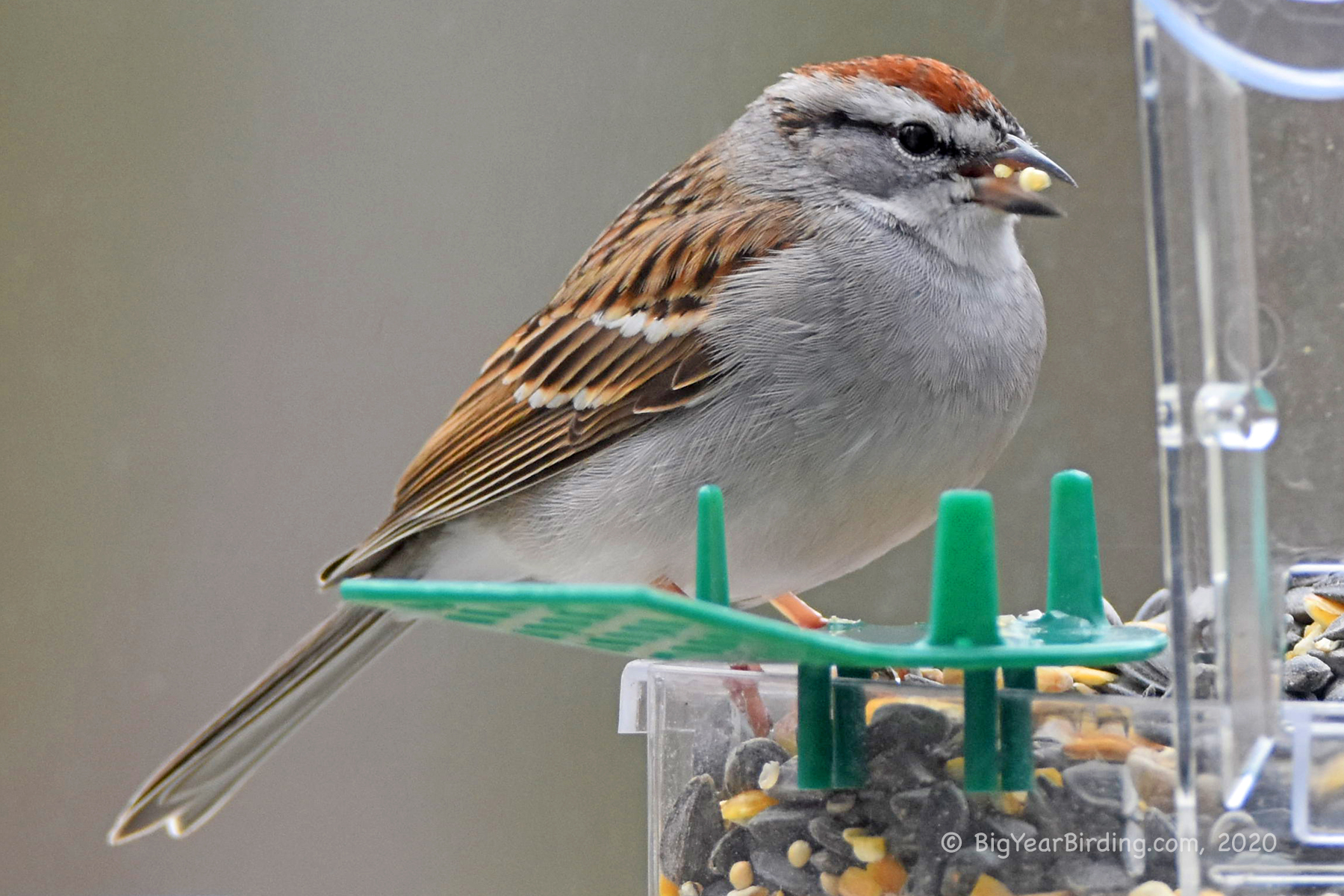 The Chipping Sparrow is a small sparrow with a slightly notched tail and–during the breeding season–a distinctive russet cap. Gray underparts and a gray rump contrast with streaked wings with two white wing bars. A clear, gray band runs across the nape of its neck, splitting the brown- and black-streaked head and back. In breeding plumage, the Chipping Sparrow has a white stripe over its eye with a dark stripe below it, a gray cheek, and a lighter throat patch. Juveniles are streaked keep their juvenile plumage through the fall migration. In non-breeding plumage, the closely related Clay-colored Sparrow is similar in appearance. The Clay-colored can be distinguished from the Chipping by a brown, rather than gray, rump, a darker face pattern, and the absence of a moustache. The two species also use different habitats, but are sometimes found in mixed flocks in the non-breeding season.