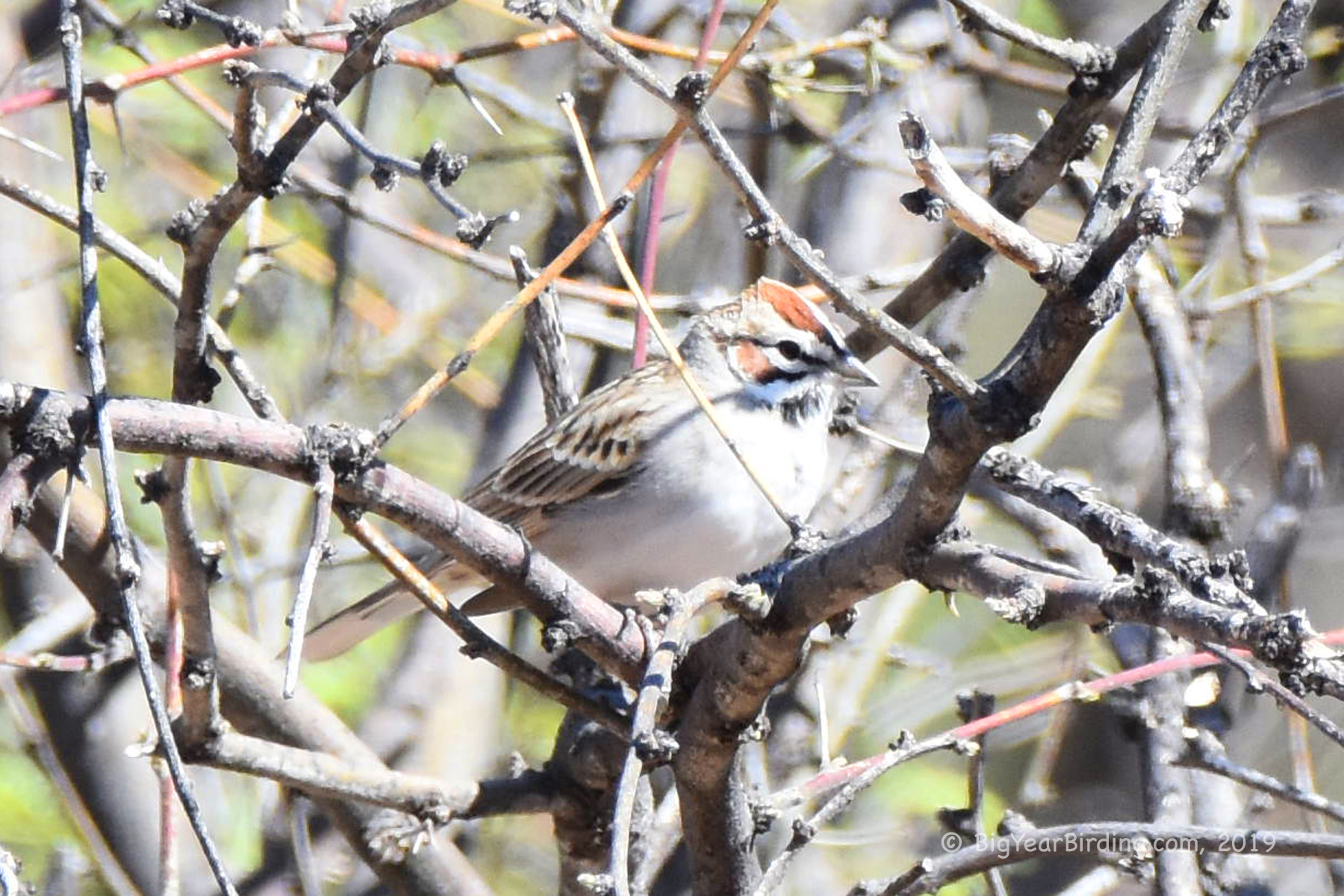 The Lark Sparrow is a distinctive bird with a number of bold features that distinguish it from other sparrows. The long tail has white triangles at the corners that are conspicuous in flight. The rump is gray-brown and unmarked, and the back is a similar color with dark streaks. The clear, white breast is punctuated with an eye-catching black dot. The most distinguishing feature, however, is the alternating chestnut, white, and black head pattern. The top of the head is chestnut, bisected by a white stripe. Birds in their first winter have the same pattern, but the patches at each cheek and on the head are drab gray-brown rather than chestnut.