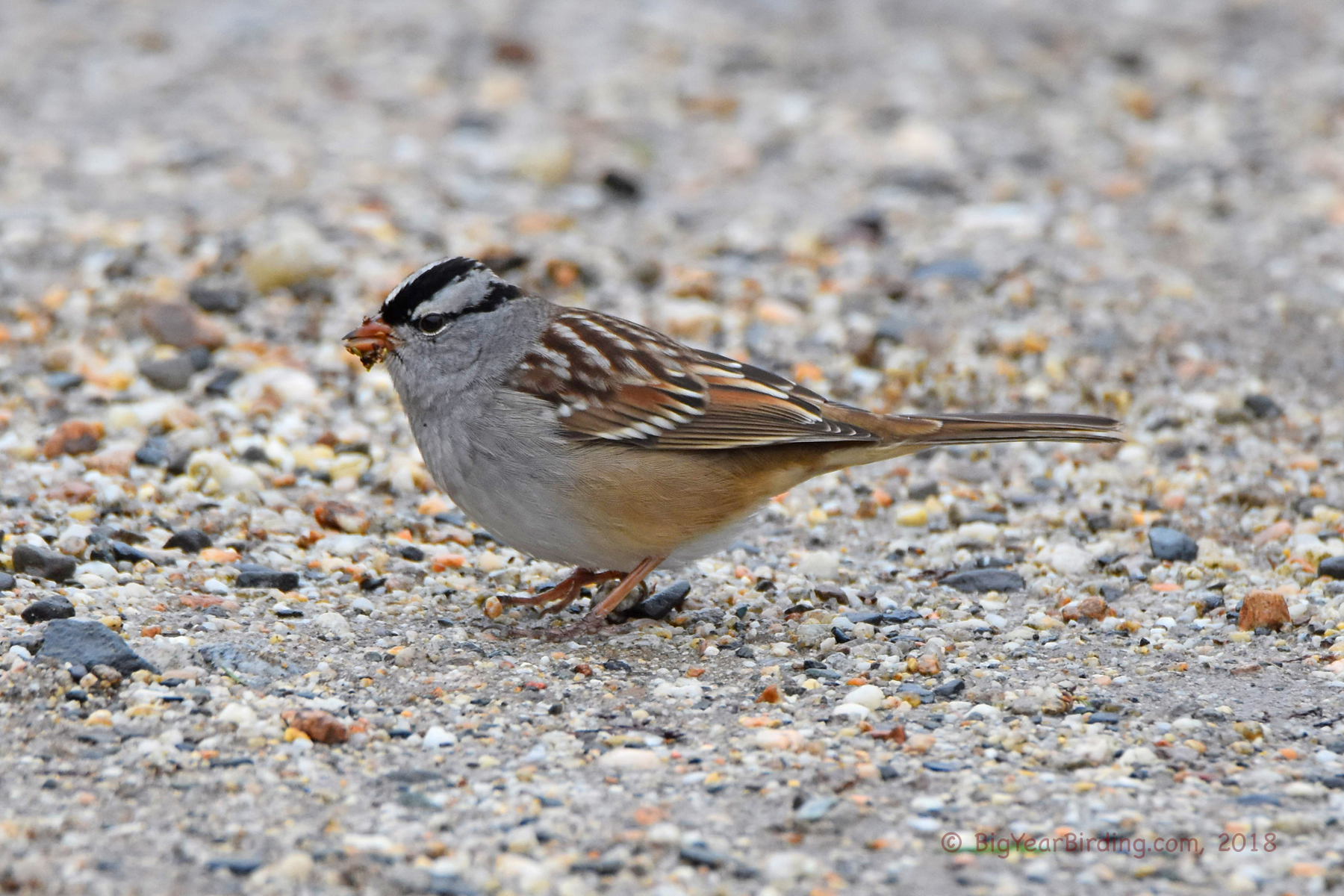 The White-crowned Sparrow is a distinctive bird with bold black and white stripes on its head. It has a clear, gray breast and belly, long tail, and wings distinctly marked with two white wing-bars. The beak is orange-yellow to reddish-brown depending on the subspecies. Young birds are streaked overall until August, when they take on a juvenile plumage similar to the adult; they have brown and tan head stripes rather than black and white, which they keep until the spring.