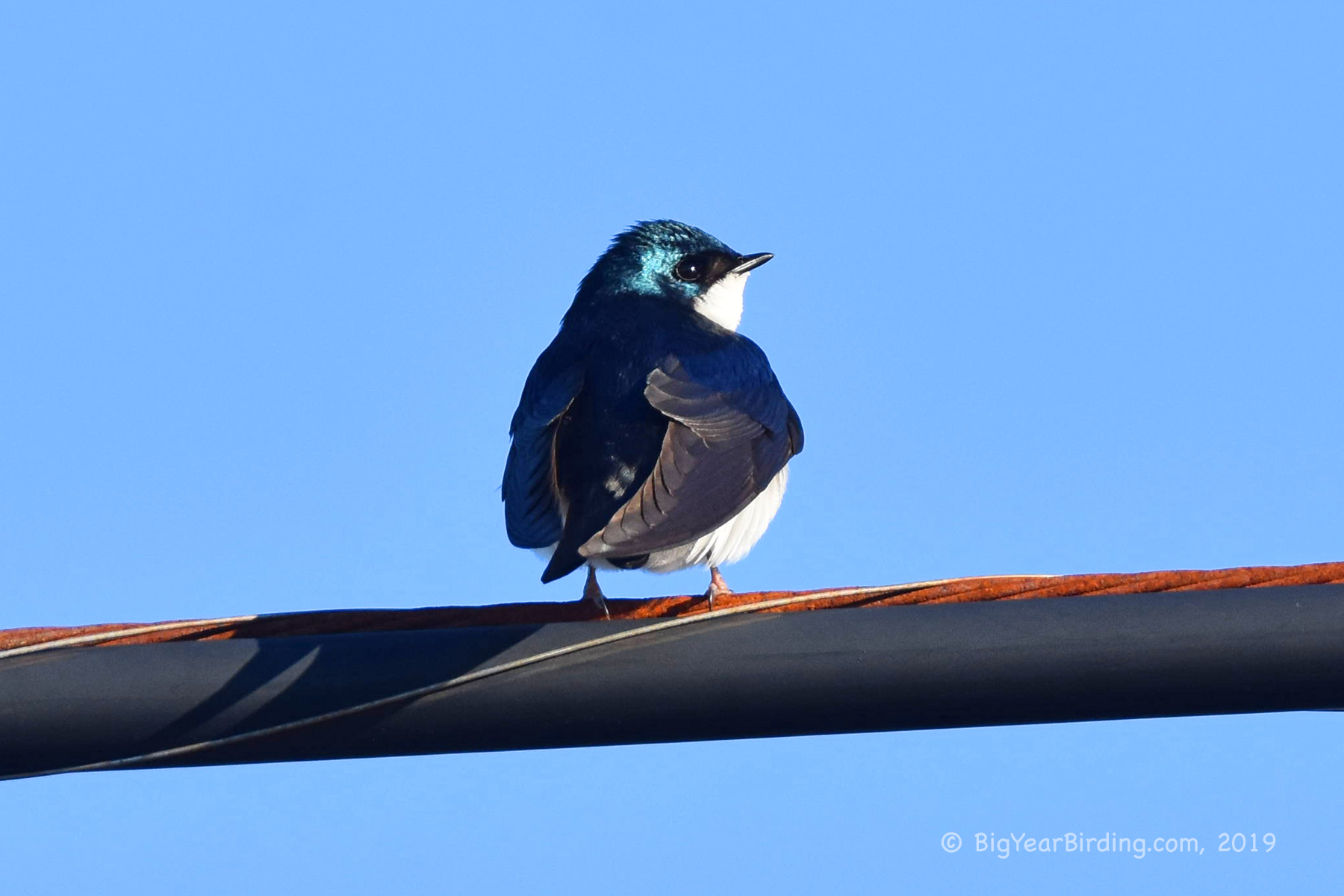 Tree Swallows are elegant birds with white undersides, iridescent blue-green backs, and moderately forked tails. Seen in profile, this swallow has a sharp line of demarcation between the dark of the head above the eye and the pure white of the rest of the face and underparts. In the west, Tree Swallows are most likely to be confused with Violet-green Swallows, but Violet-green Swallows have white patches extending up the sides of the rump that can be seen in flight. The white on the faces of Violet-green Swallows extends above their eyes. Male and female Tree Swallows in adult plumage look similar to each other, but Tree Swallows are unique in that first-year females, although reproductively mature, have a different plumage from older birds. This plumage is similar to the juvenile plumage–non-iridescent brownish-gray above with a grayish-white belly. Juveniles have a grayish breast-band that first-year females lack. Juveniles could be mistaken for Bank Swallows, but the breast-band of Bank Swallows is more distinct than that of juvenile Tree Swallows.