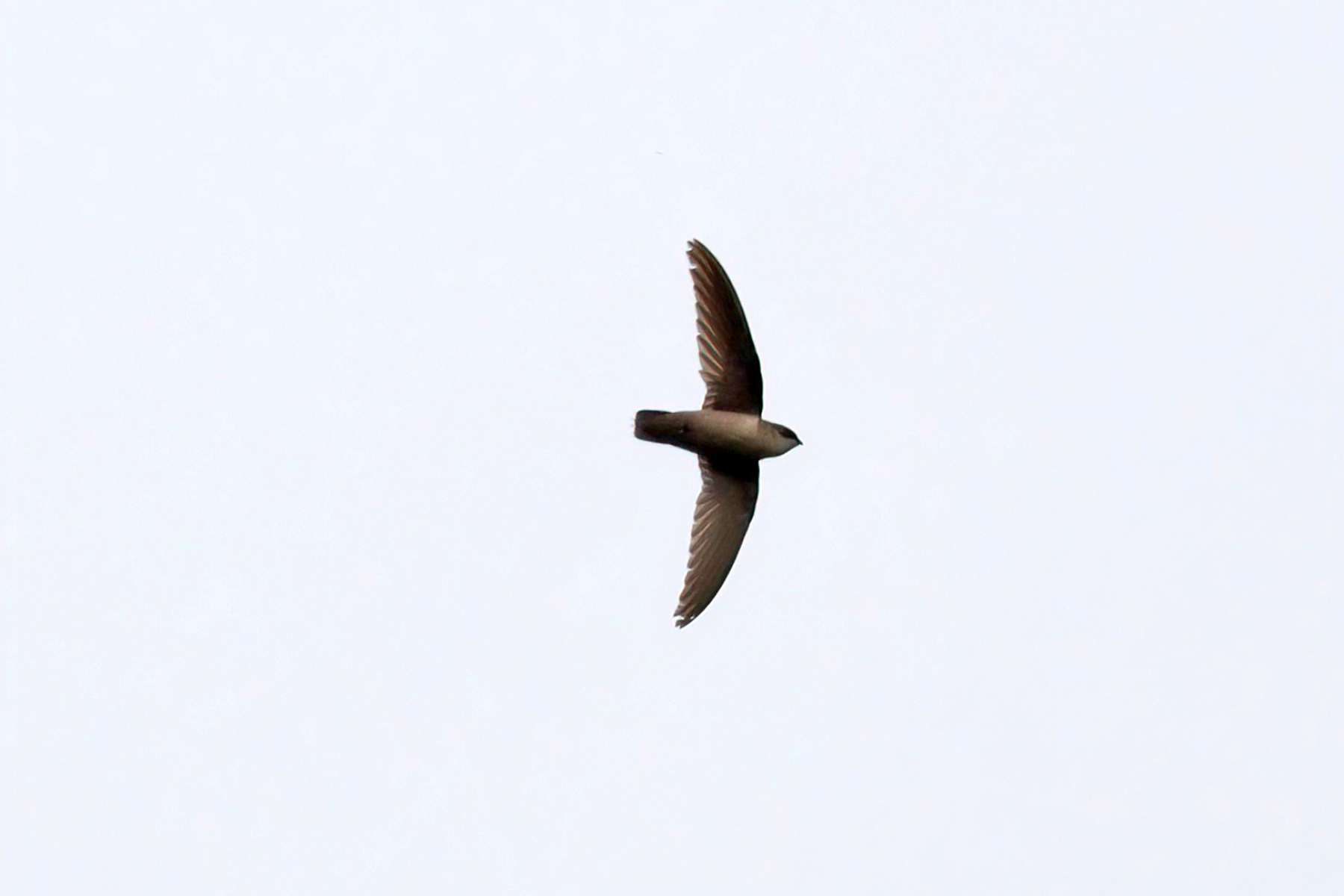 The Vaux’s Swift is a small swift with a short tail. This swift is usually seen only in flight and is often described as a cigar with wings. It is brownish-gray overall, with a lighter rump and breast. The Vaux’s Swift’s wings are long and narrow, and its flight is rapid. The tail is squared off at the end, not notched like that of the Black Swift. The name is English, not French, and the ‘x’ is sounded.