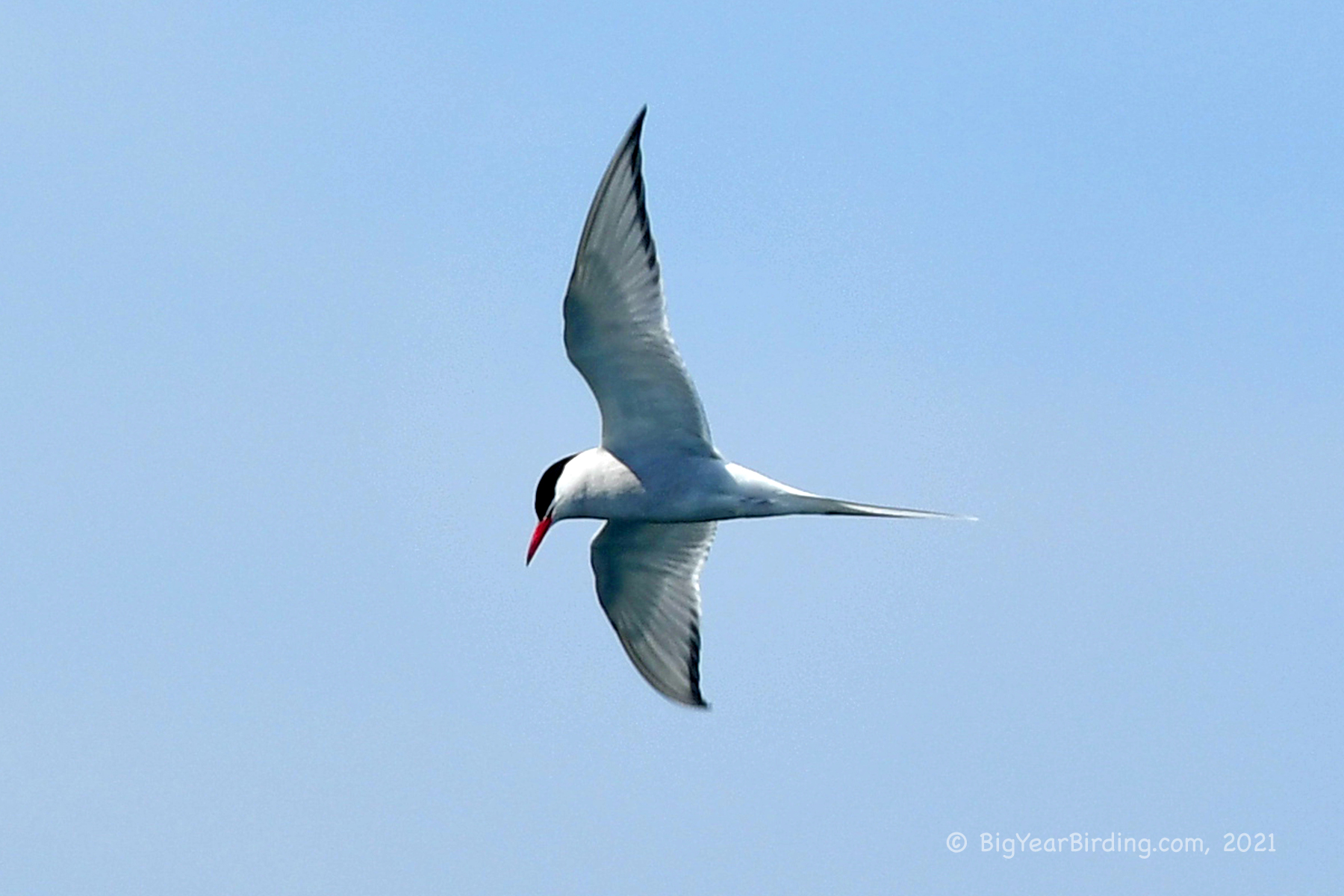 The Arctic Tern is slightly smaller than the Common Tern with long, narrow wings and very short legs. In breeding plumage, the Arctic Tern has a light gray mantle and belly. The lower half of the face is white, and the upper sports a black cap without a crest. The tail is white, and usually projects beyond the wingtips when the bird is perched. The bill and legs are red. The adult does not show the black ‘wedge’ in the outer flight feathers that is present on Common Terns, and instead shows a thin, black border on the trailing edge of the primaries, visible from below. In the non-breeding season, the Arctic Tern has a receding black cap, with a white forehead extending halfway back its head, and the legs and beak are black. Juveniles have a light brown wash to their plumage, but this is mostly gone by August. At first, the young have orange feet, which then turn black. A dark bar is visible on juveniles’ wrists.