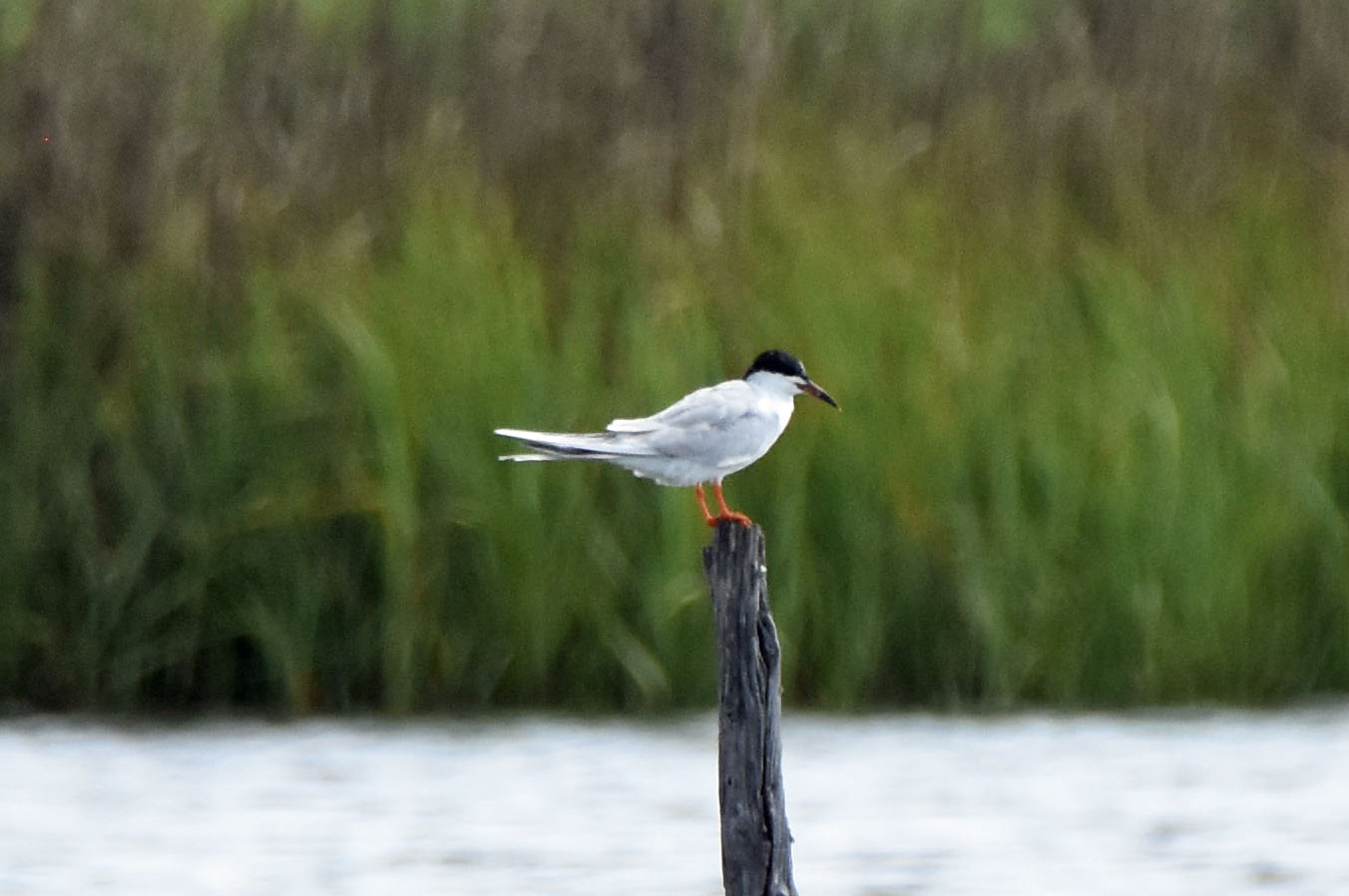 The Forster’s Tern is similar looking to the Common Tern, but found in slightly different habitat. In breeding plumage, it has a light gray mantle with silvery-white primaries. Its long, light tail is deeply forked, and its undersides are all white. The wings appear very light, silvery gray in flight. It has a black cap, commonly found in terns. The bill is orange-red with a black tip, and the legs are orange-red’both more orange than those of the Common Tern. The adult in non-breeding plumage lacks the black cap. Black markings over the eyes, extending back to the ears, give the bird a distinctly masked look. The bill is black, and the wingtips are grayer than in breeding plumage. Juvenile birds have a significant amount of brown wash on their feathers, but this usually disappears by August.