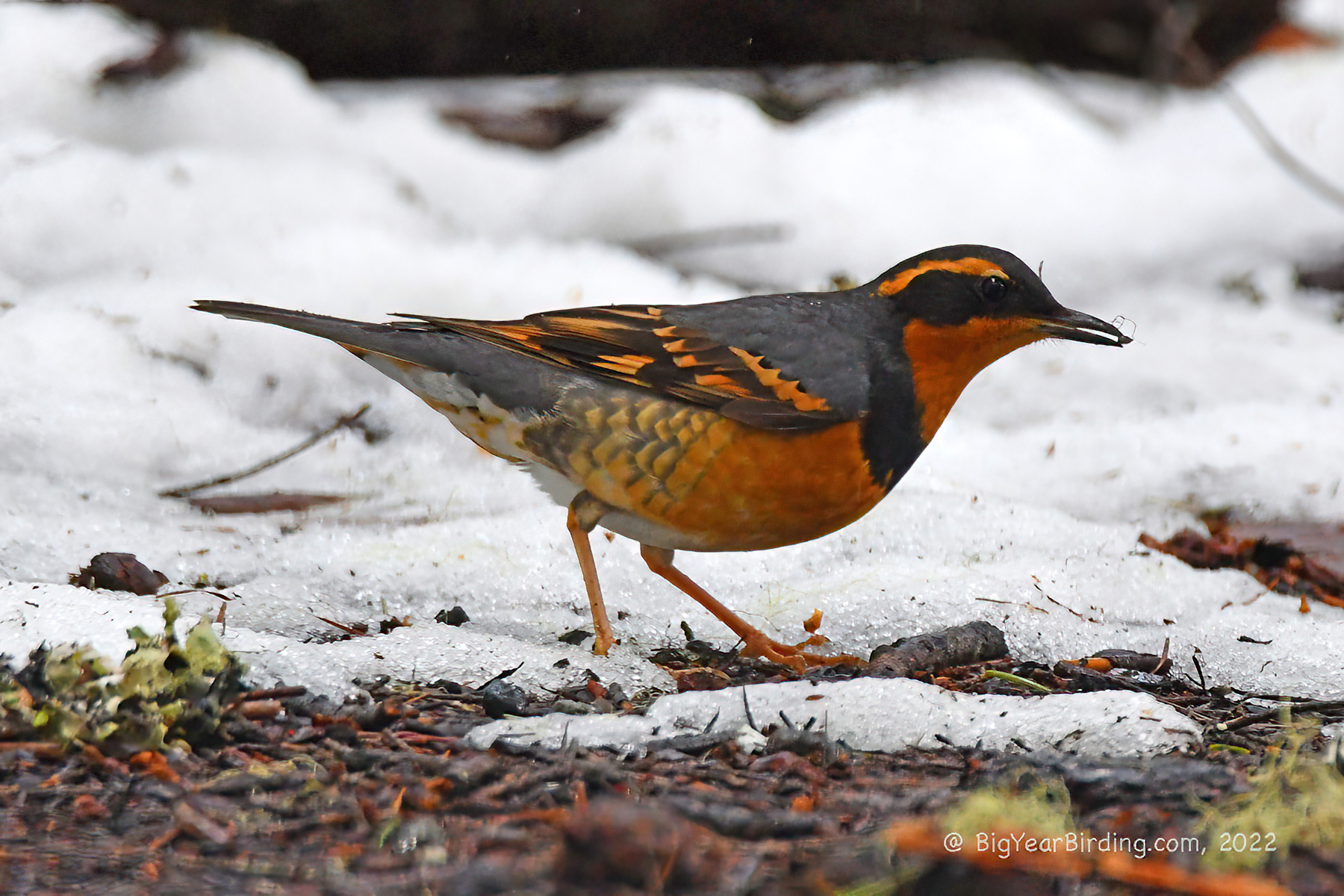 Similar in size and shape to the American Robin but slighter in build, the Varied Thrush is a boldly patterned bird. In the male, the rust-colored belly and throat are interrupted by a black breast-band; the female has a lighter, grayish band. A similar band lines the face at the eye. A rust-colored stripe lines the head above the eye-band, and the crown is bluish gray, as are the back and tail. The wings are boldly patterned with slate, black, and rust. Female patterning is similar, but the back is brownish.