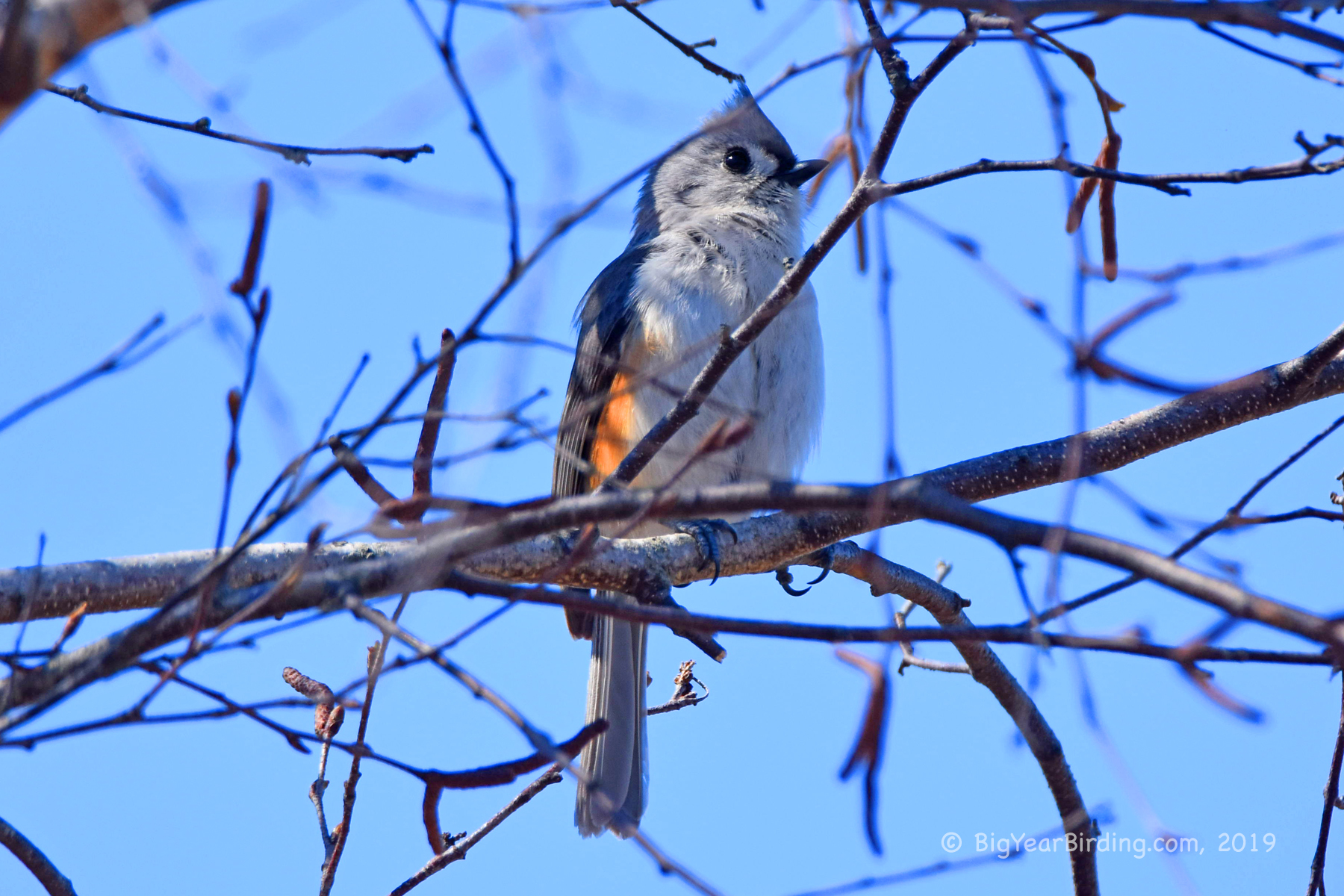 These small birds are approximately 6 inches in length, with a white front, and grey upper body outlined with rust colored flanks. Other characteristics include their black forehead, and the tufted grey crest on their head.

The song of the tufted titmouse is usually described as a whistled peter-peter-peter, though this song can vary in approximately 20 notable ways.

Their habitat is deciduous and mixed woods as well as gardens, parks and shrubland. Though the tufted titmouse is non-migratory and originally native to Ohio and Mississippi, factors such as bird feeders have caused these birds to occupy a larger amount of territory across the United States and stretching into Ontario, Canada.