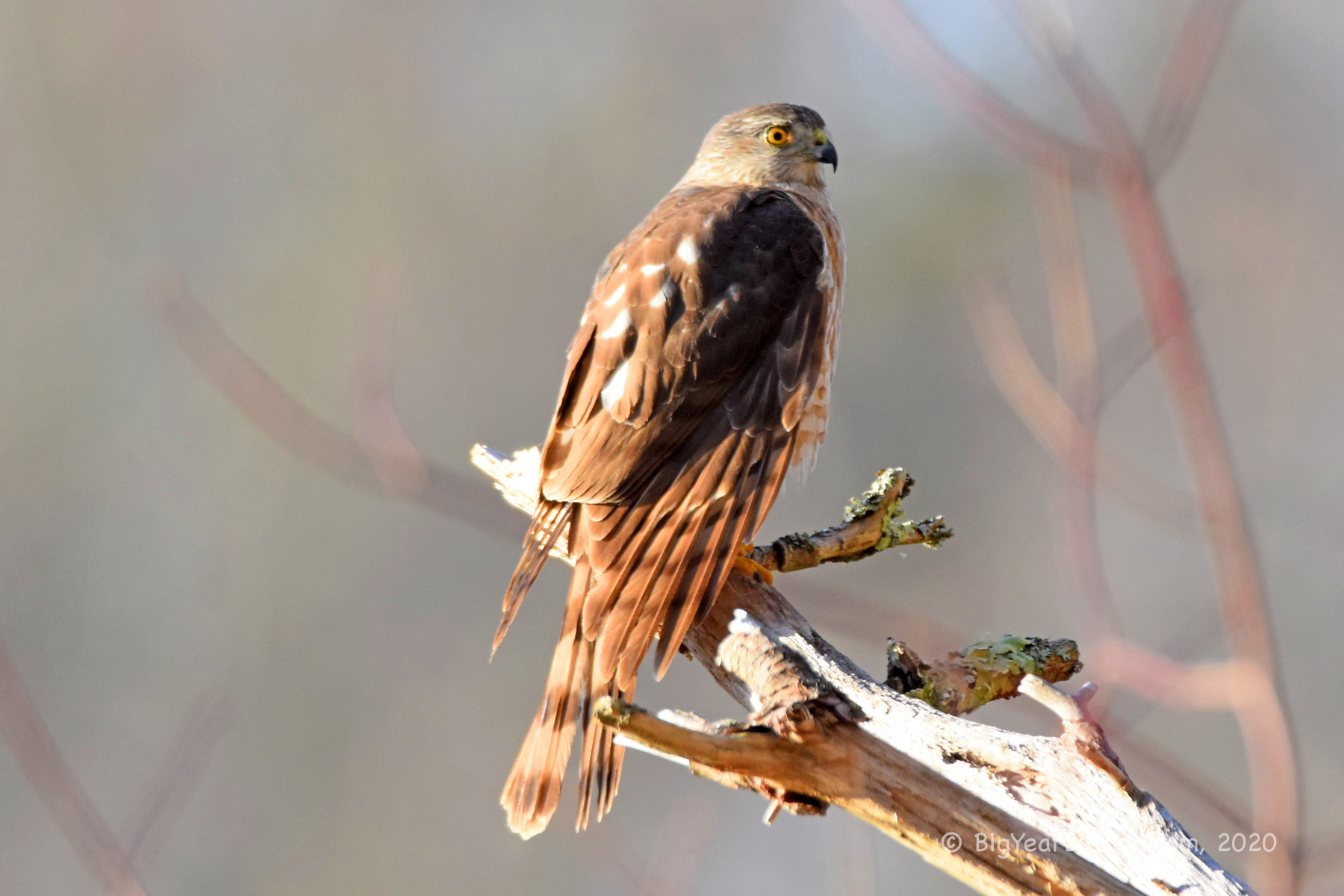 The Cooper’s Hawk is the most widespread of the three North American accipiters. Females are up to one third larger than males, one of the largest sexual dimorphism size differences of any hawk. Adults have solid gray upperparts, barred with reddish-brown. Their long tails are barred gray and black, rounded at the ends, with a white band at the tips. Their eyes are red. Immature birds are brown above with brown streaking on their white underparts; they have yellow eyes. Cooper’s Hawks have short, rounded wings that are set slightly farther back on their bodies than those of the smaller, but similar-looking, Sharp-shinned Hawk. Their heads are relatively larger and their gray caps are darker and a little more prominent than those of the Sharp-shinned. The white tip of the tail of the Cooper’s Hawk is usually wider than that of the Sharp-shinned Hawk, especially in the fall. All of these differences are quite subtle, and with the size difference between males and females, it can be difficult to distinguish a male Cooper’s Hawk from a female Sharp-shinned Hawk.