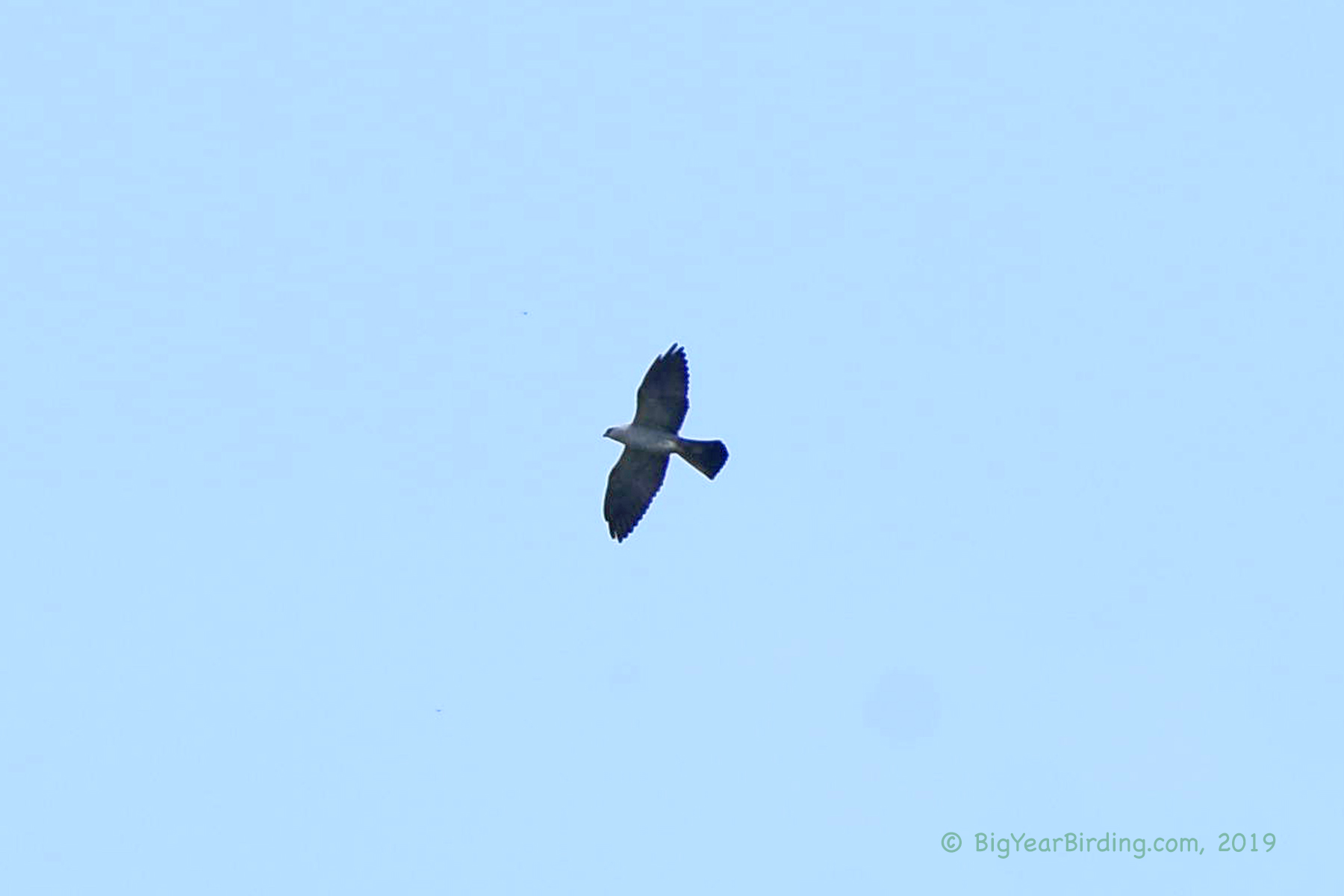 Mississippi kites breed across the central and southern United States. Breeding territory has expanded in recent years and Mississippi kites have been regularly recorded in the southern New England states and a pair has successfully raised young as far north as New Hampshire. They migrate to southern subtropical South America in the winter. Mississippi kites usually lay two white eggs (rarely one or three) in twig nests that rest in a variety of deciduous trees. In the past 75 years, they have undergone changes in nesting habitat from use of forest and savanna to include shelterbelts and are now very common nesters in urban area that are highly populated in the western south-central states.