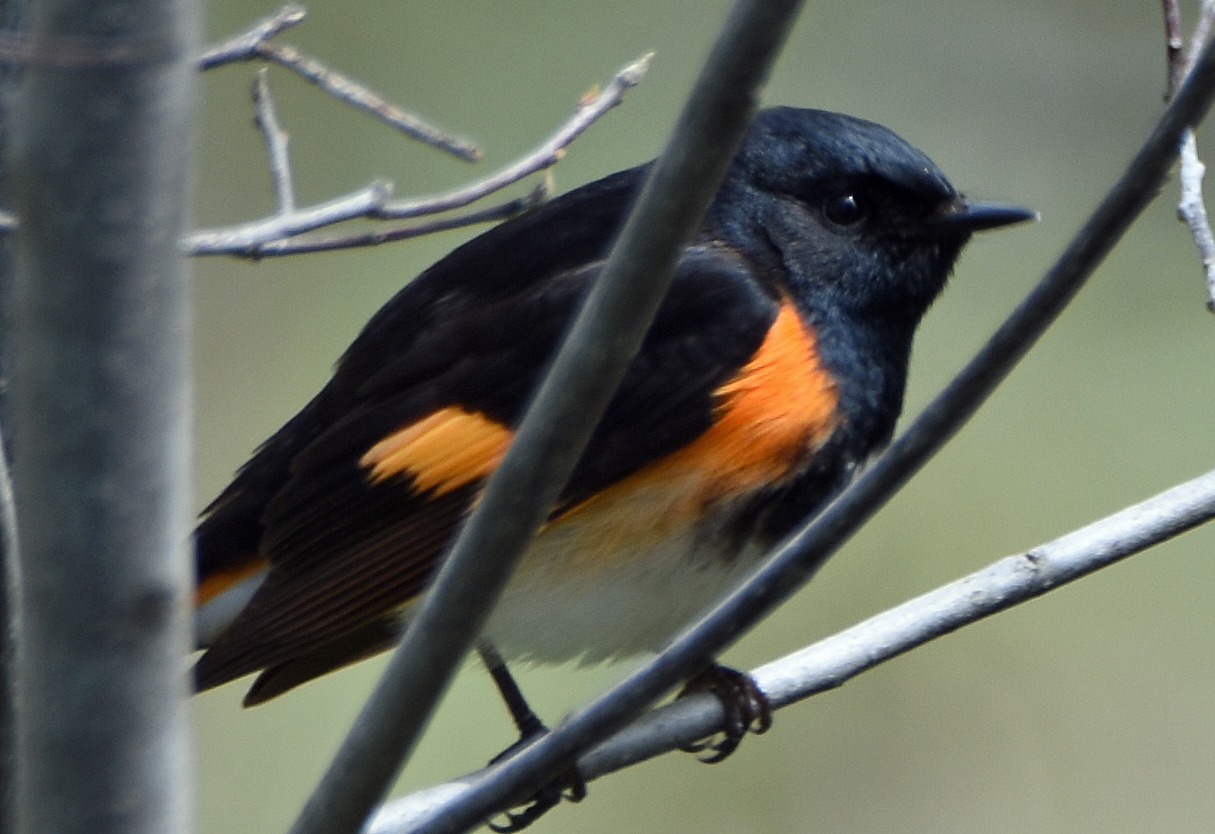 The American Redstart is a unique warbler. The male is black with orange patches on each wing, on the sides of its breast, and at the base of its tail on either side. The male’s throat is black, but its breast and belly are white. The female is gray where the male is black, and yellow where the male is orange. The female also has a white eye-ring. Juveniles and first-year males look like females, although first-year males generally have some black on the upper breast or head. The American Redstart has a relatively short, wide bill.