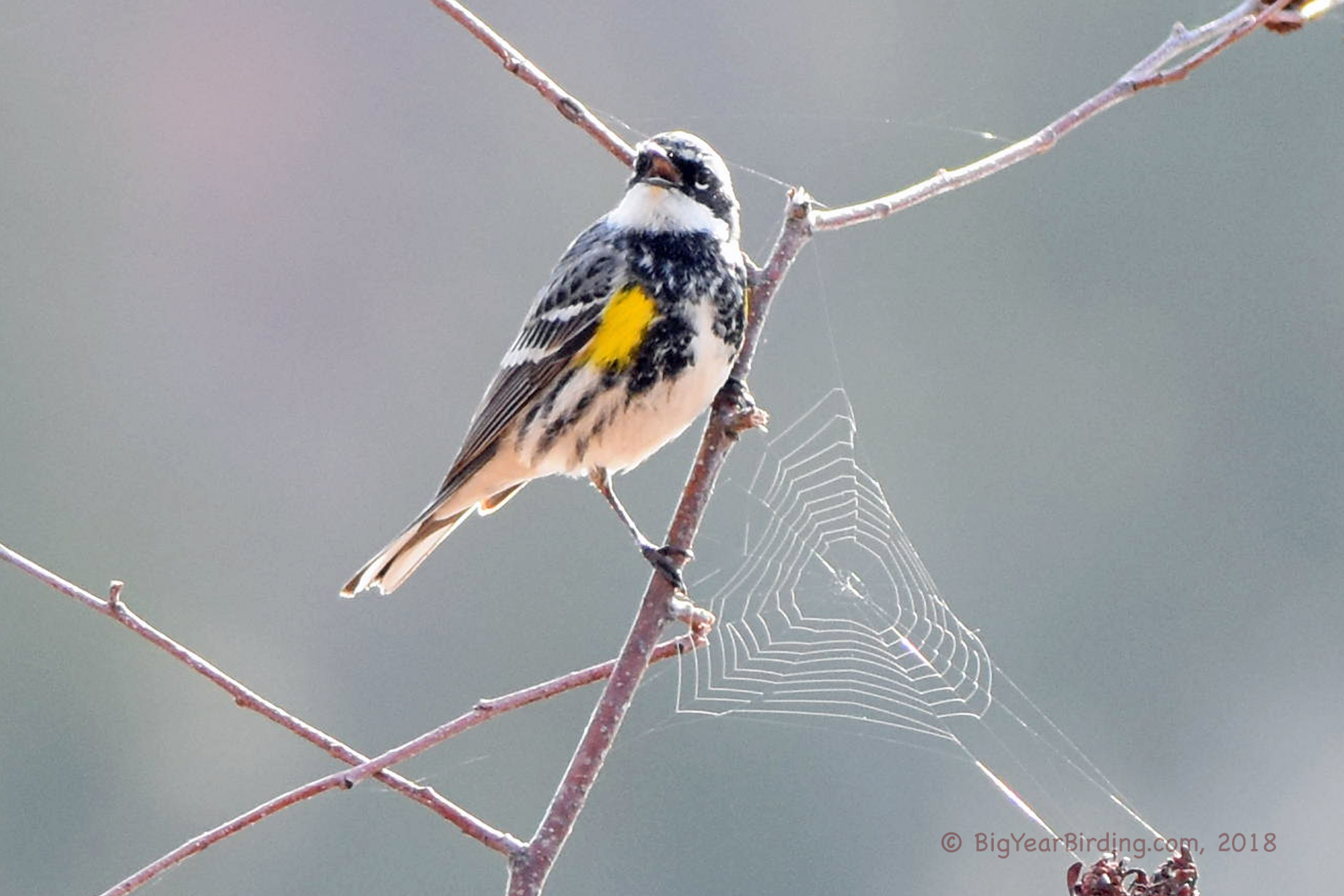 There are two subspecies of Yellow-rumped Warbler: The Audubon and The Myrtle.  During spring migration and the breeding season, Audubon’s Yellow-rumped Warblers are blue-gray streaked with black above, with broken white eye-rings and a yellow spot on their crowns. They have yellow rumps, although the wings can obscure this field mark, and yellow spots on the sides of their breasts, partially tucked under their wings. Audubon’s Yellow-rumped Warblers also have yellow throats. Females in breeding plumage have two white wing-bars. Males have a significant amount of white between the wing-bars. Males also have blacker breasts and grayer backs, and are generally much more brightly marked than females. Adults in non-breeding plumage are much duller in color, more brown than gray. In flight, white outer tail corners are noticeable. Immature birds are dull brown with yellow on their rumps and sides, but lack yellow on their throats and heads. Myrtle Yellow-rumped Warblers are similar in appearance to Audubon’s, with a few distinctions. Myrtles have white, rather than yellow, throats, and the males do not have white patches between their white wing-bars. Males in breeding plumage also have black masks with slight, white eye-lines above the masks and less black on the breasts. Juveniles look similar, although Myrtles have more extensive pale throats than do Audubon’s.