Only 69 year-round residents live on Monhegan: a population of fishermen, artisans and retirees. The roads are dirt, personal autos are forbidden and cell signals are spotty at best. During the warm weather, Monhegan has a thriving tourist business, with inns, galleries and even a brewery playing host to the hordes of daily visitors.

Birders represent a significant portion of the visitor traffic, particularly during migration. One can usually add to an annual list with a visit to Monhegan. eBird reports that 301 different species have been reported on the 1.75-mile-long island. It is .75 miles wide. A serious birder can get 50+ species in a day.

With Ingrid travelling to the nation’s capital to see our daughter inducted into the D.C. bar, I spent Sunday and Monday on Monhegan.

The trip out from Port Clyde was brutal. Battling high winds and rough seas, the boat was bounced all over the place, and for one of the few times in my life I got a bit queasy and was certainly a bit nervous.

Landing at about 4:00, I rushed to the Island Inn, checked in and headed to the Ice Pond, the only body of water on the island (that I know of) and a place where a Yellow-Crowned Night Heron has been seen.

With the help of some fellow birders . . . I got the YCN, mid-way up a spruce on the far side of the pond. I’m glad I saw him on Sunday, because he appeared to have moved by Monday morning.

I was also introduced to the swarm of Yellow-rumped Warblers that have descended on the Island. They were everywhere, in seemingly every tree and every bush. They were so omnipresent . . . that they seemed to cloud out any other bird on the island. One had to work not to get distracted by the “butter butts”.

[ngg src=”galleries” ids=”299″ display=”pro_mosaic”]Went to bed early and arose before dawn to scout the birds.

First bird I saw was this pink flamingo . . . lol. 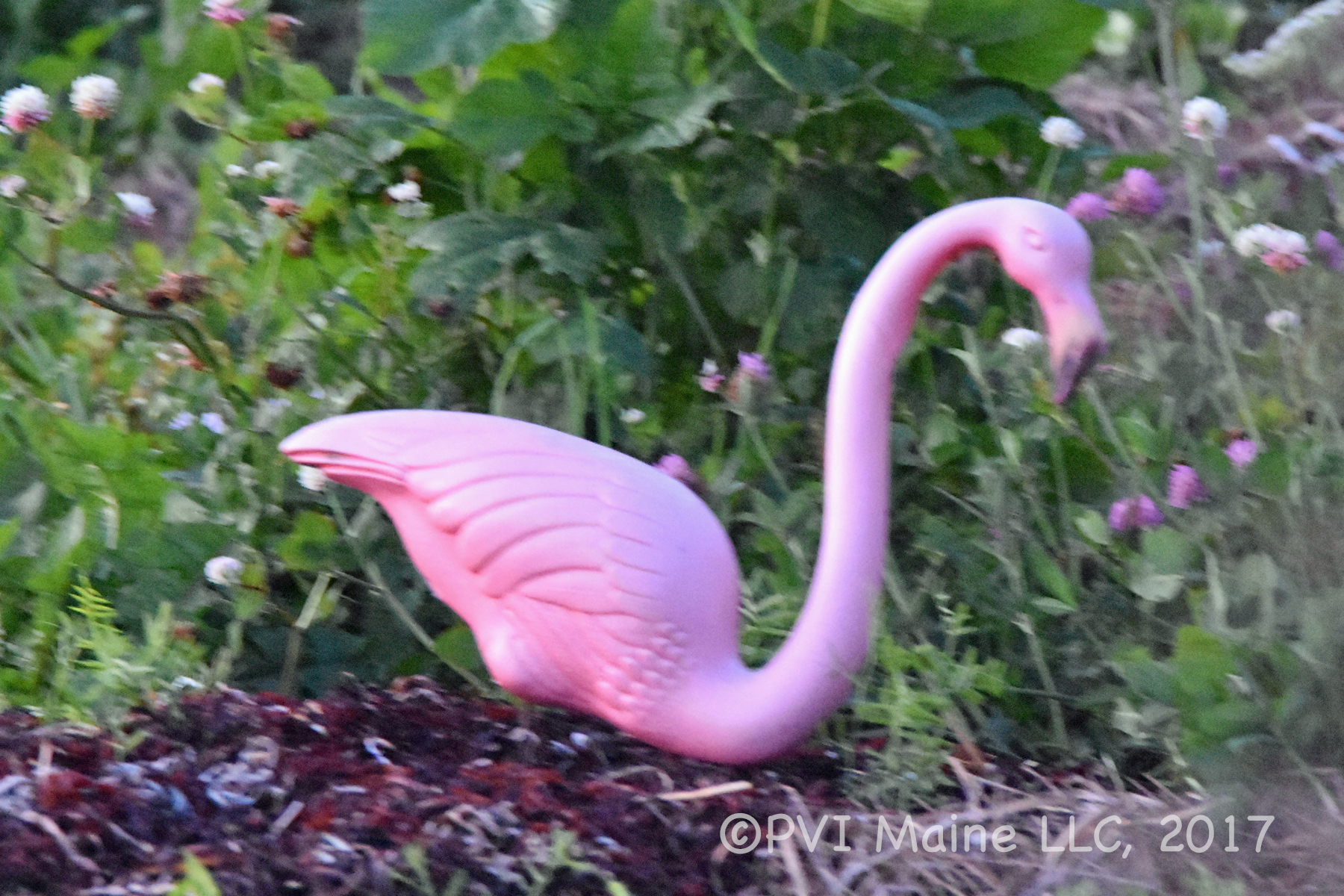 As the sun rose, I went up to the cliffs near the one room school house (K thru 8) and watched the birds come in after a night of migrating. I was joined by a half dozen other birders. . . all who really knew their stuff.

Wave after wave of birds came in. My associates were really good at discerning the incoming species . . . this is a skill I need to work at. At one point, some clown announced, “Here comes some “Am Robs” . . . it was only later I realized that is short for “American Robin” . . . sigh.

[ngg src=”galleries” ids=”300″ display=”pro_mosaic”]After an hour of that, I returned to the Island Inn for coffee, and noticed that the apple trees and alders near the center of town were filled with birds, and I kept returning here over and over. Palm and Magnolia Warblers, dozens of Ruby-crowned Kinglets and of course Yellow-rumped Warblers (and more Yellow-rumped Warblers).

[ngg src=”galleries” ids=”301″ display=”pro_mosaic”]Next I headed to south side of the Island to look for the Dickcissel, a sparrow-like bird found in the Mid-West and Mexico. Incredibly four of them have been sighted on Monhegan, and this was a rare chance to see one (Ingrid got one 4 years ago at a bird feeder in Freeport).

With some help from a birding couple, we found the birds hiding in landscape shrubbery near a nice waterfront house.

The trip ended with a beer and toast to the birds at the Monhegan Brewery, before a beautiful peaceful boat ride back to the car.

The only thing that would have made the trip better was to have my beautiful wife at my side . . but we’ll be back out on Monhegan in the spring . . . this time together.