For Christmas 2017, Ingrid gave me a birding trip to the White Mountains of New Hampshire with a goal of getting the elusive and high elevation Bicknell’s Thrush.

The trip was led by renown bird guide Derek Lovitch; another 8 birders; all transported in a big white van . . . ultimate destination . . . Mt. Washington.

Our first stop was some grassland birding on the the Kennebunk Plains, a large sand plain composed of native grasses and shrubs.

Our goal was to get an Upland Sandpiper and for over an hour we were frustrated only hearing them call in the distance . . . but two flew by just as we were almost back at the van.  I kidded Derek that he had them released from cages just to provide a dynamic climax of the visit.

We then travelled to our hotel in the Mt. Washington Valley where we all caught a short nap before our evening trip up the tallest mountain east of the Mississippi River.

The treacherous switchback broad to the top of Mt. Washington closes long before dusk (for obvious reasons).  Our tour arranged with the park service to drive our crew to the top of the mountain in their special van (read enhanced brakes). 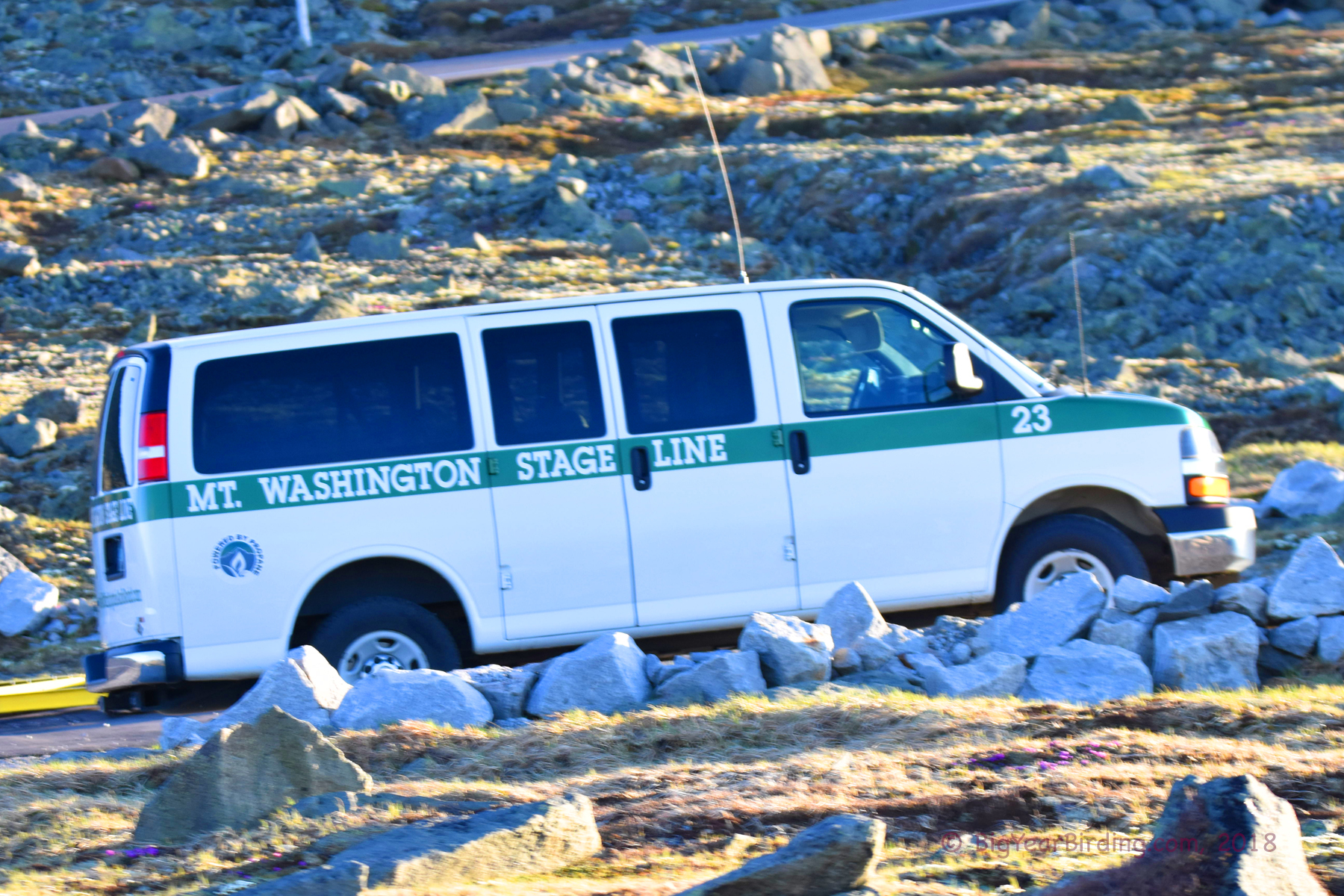 The drive up (for me) was terrifying . . . with dramatic drops around each curve . . . it didn’t help that the driver was using one hand and pointing out land marks on the way up.

We arrived at the summit just before sunset and were greeted by 70 mph winds . . . invigorating.

We then travelled back down below the tree line and began to look for the Bicknell’s Thrush.   The van was parked and we began walking down the mountain in the middle of the road listening and scanning as darkness descended.

The birds were vocalizing and could be seen in silhouette all around us . . . I didn’t want to use my flash . . . so sadly no photos.

As we continued to walk down the mountain we began to hear Swainson’s Thrushes . . . who live on a lower band of the mountain.

When we arrived at the base of the Mt . . .  Hermit Thrushes could be heard (the lowest band).

The last day of our tour we took a gondola to the top of Wildcat Mountain (where I got a photo of a Bicknell).  We made numerous stops on the way home and got a White-winged and Red Crossbill . . . both lifers for us.

We use cookies to ensure that we give you the best experience on our website. If you continue to use this site we will assume that you are happy with it.Ok