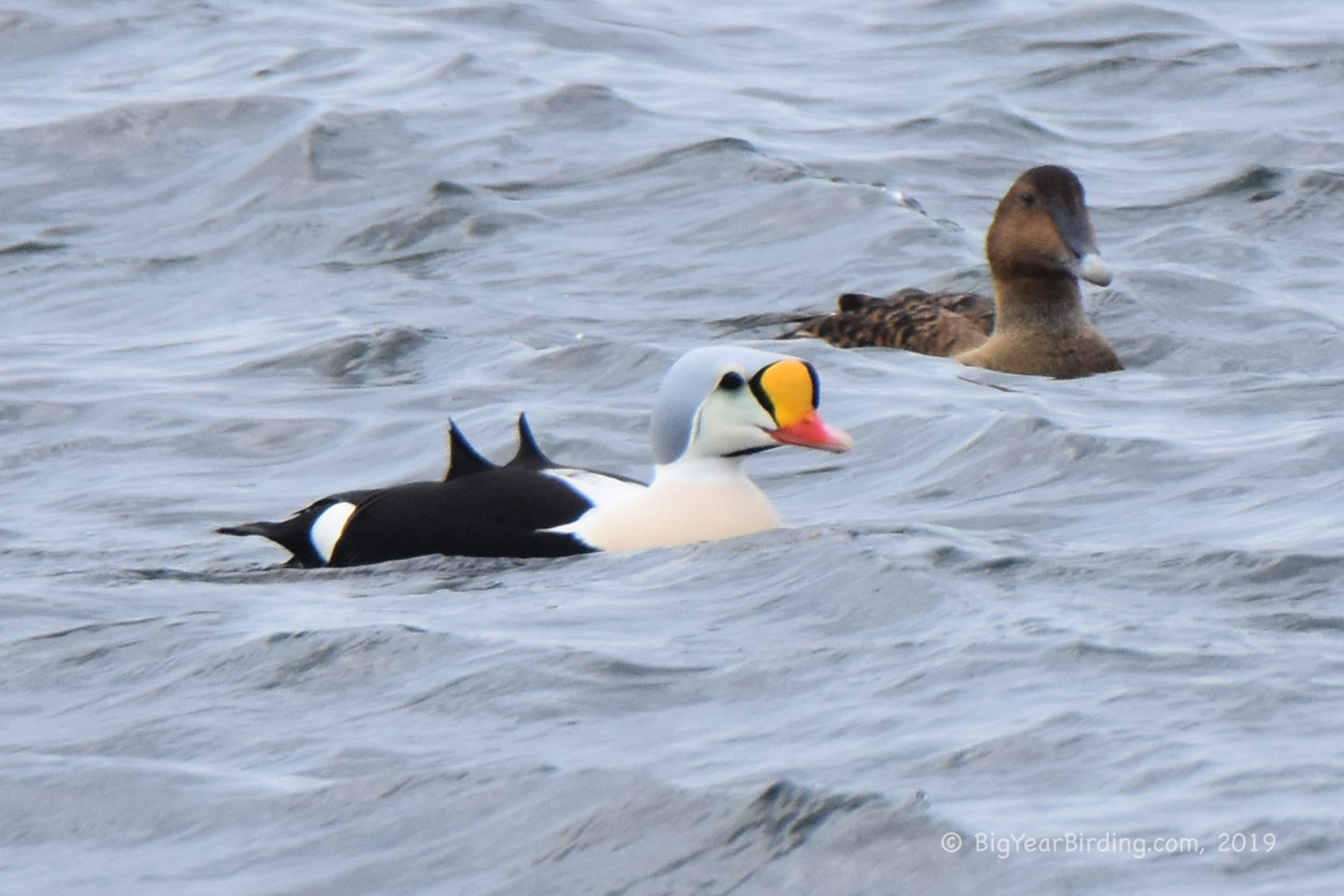 Common Eiders are an omnipresent winter resident of the Maine Coast.  These large lethargic diving ducks are regularly seen as individuals or in enormous rafts of hundreds of birds.  Males are white and black with yellow/green bills.  Females are grayish brown and both sexes can have interesting color combinations during molting.

Earlier this winter a rare male King Eider was shot by a hunter who had located the bird via the Maine Birds Facebook page . . . which infuriated the birding community.   The Common Eider is a popular game bird in Maine but unfortunately hunting regulations only specify “Eiders” . . . allowing the shooting of a rare King Eider.  There is a move to change this obvious oversight. 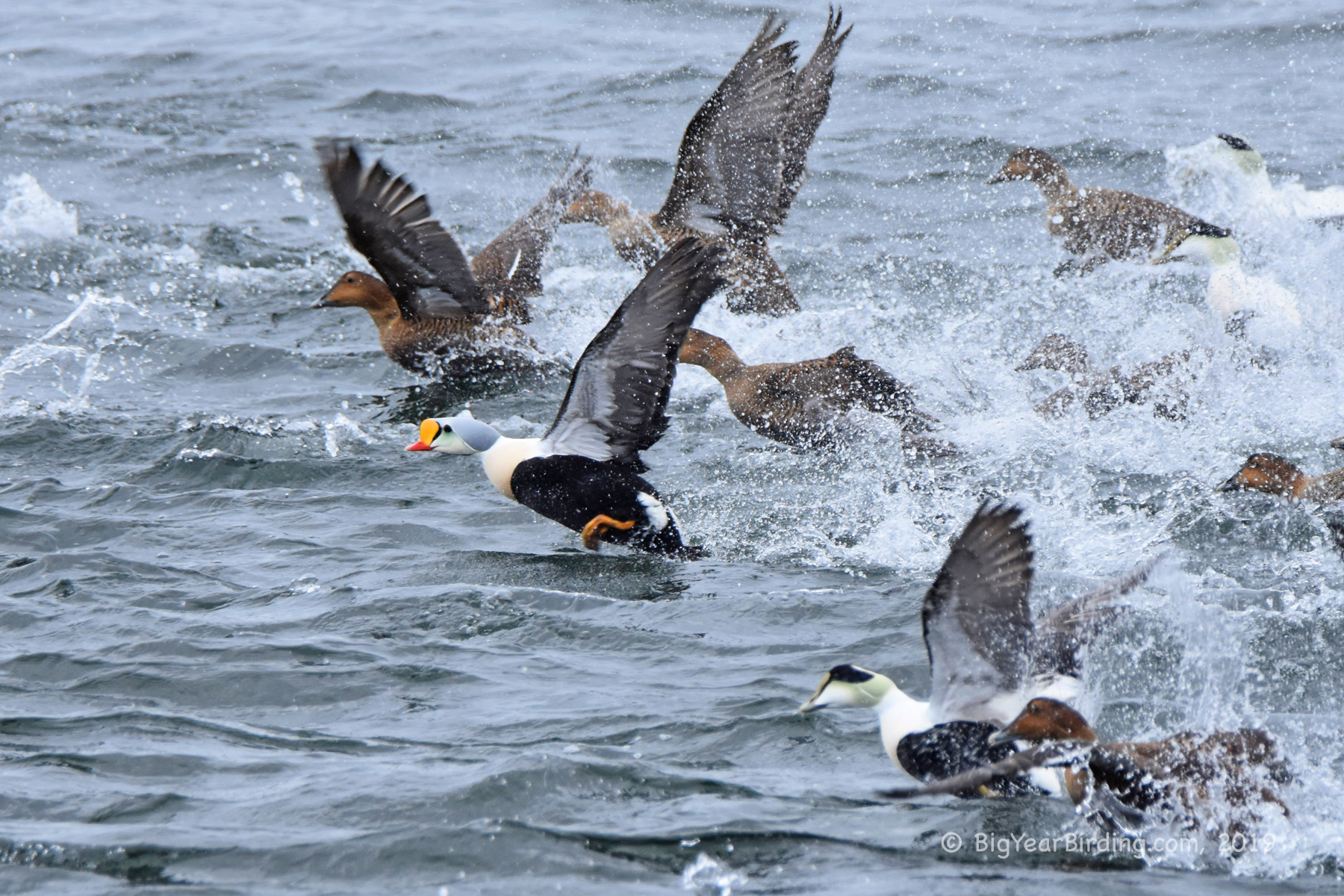 Over the last few weeks a King has been reported rather consistently in a large Common raft about two hours north of our Wiscasset home . . . so with Ingrid taking a class . . . I was up at dawn and headed north.

I took me about 5 minutes to find the King Eider.  Once I learned what to look for . . . I was able to get some great photos. 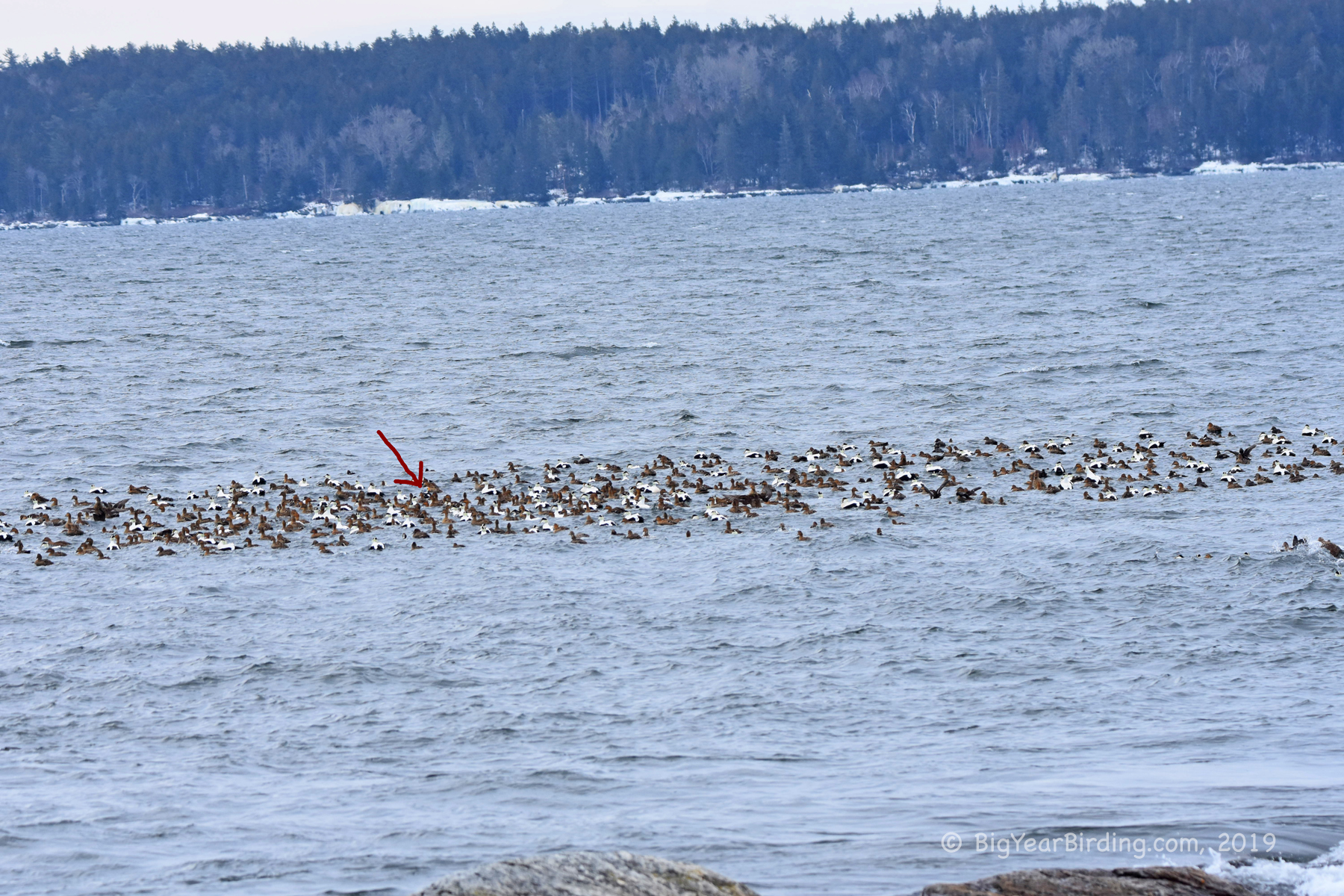 On the way home I took a few birding stops and got FOY Common Redpoll, Pine Siskin and a Thick-billed Murre (a lifer).