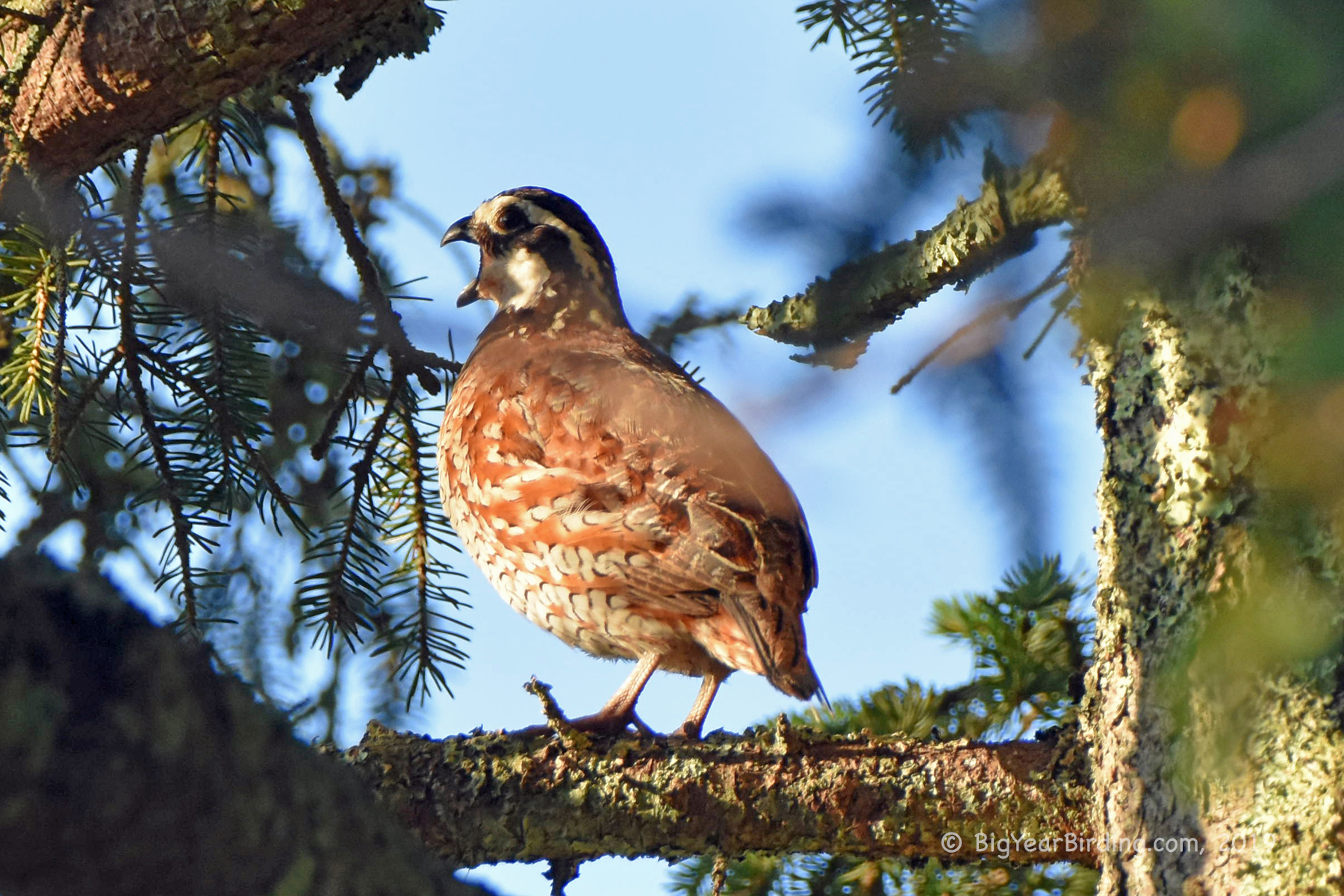 Off and on this summer there have been reports of people hearing Bobwhites in the Newagen neighborhood of Southport. In years past, I have heard a single Bobwhite calling over at Green Point in Dresden . . . clearly a hunter release bird that disappeared after a few days (as do Pheasants and Chukars). Anyway, when I arrived in Newagen, I could hear two Bobwhites singing back and forth to each other (with the car running).

I parked and walked toward the closet calling bird and it saw me before I saw her and she flew deep into the woods.
Both birds then stopped calling . . . so I waited for about 10 minutes when the male started singing in the tree I was standing under . . . and I was able to get some nice photos.

I’m not qualified to know if this is a nesting pair that was released or somehow moved north from Cape Cod . . . but it was a real thrill to see a pair in Maine.

In other bird news . . . shorebird migration is in full swing.  Ingrid and I have had a lot of work demands that have limited our “Big Year Training” but we’ve seen a few first of the year birds . . . namely a Fish Crow and Sanderlings.