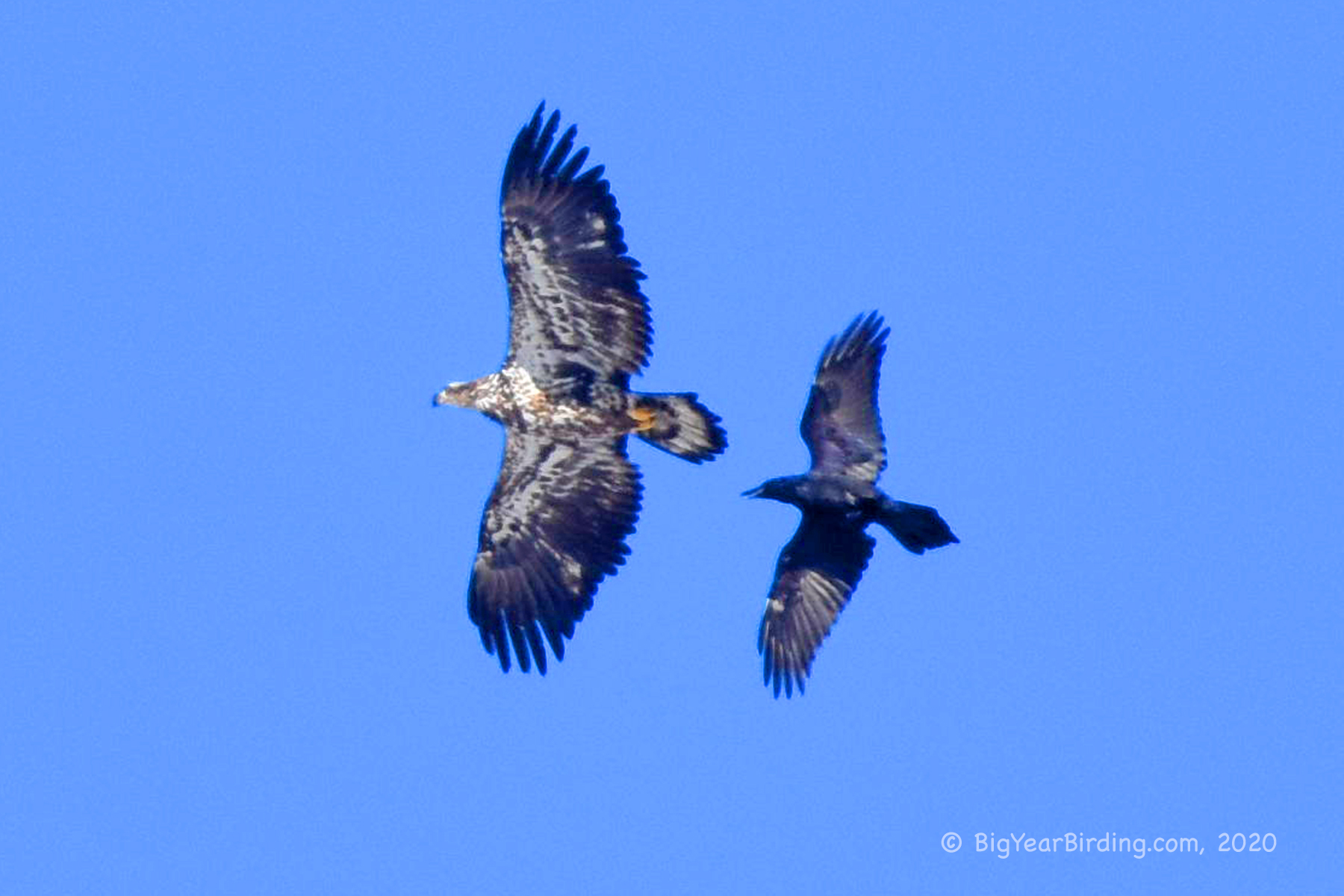 While driving to Sugarloaf Mt. for a weekend of Cross Country Skiing, Ingrid and I noticed an aerial dogfight over the road.  We pulled over and watched a Common Raven attacking two juvenile Bald Eagles over and over and over.

I jumped out of the car hoping to get a few photos when a third Eagle flew just a few feet over the car and headed out over and a nearby hill.

Ravens are much smaller than an Eagle but clearly more maneuverable and he kept after his bigger foes until the whole group was out of sight.