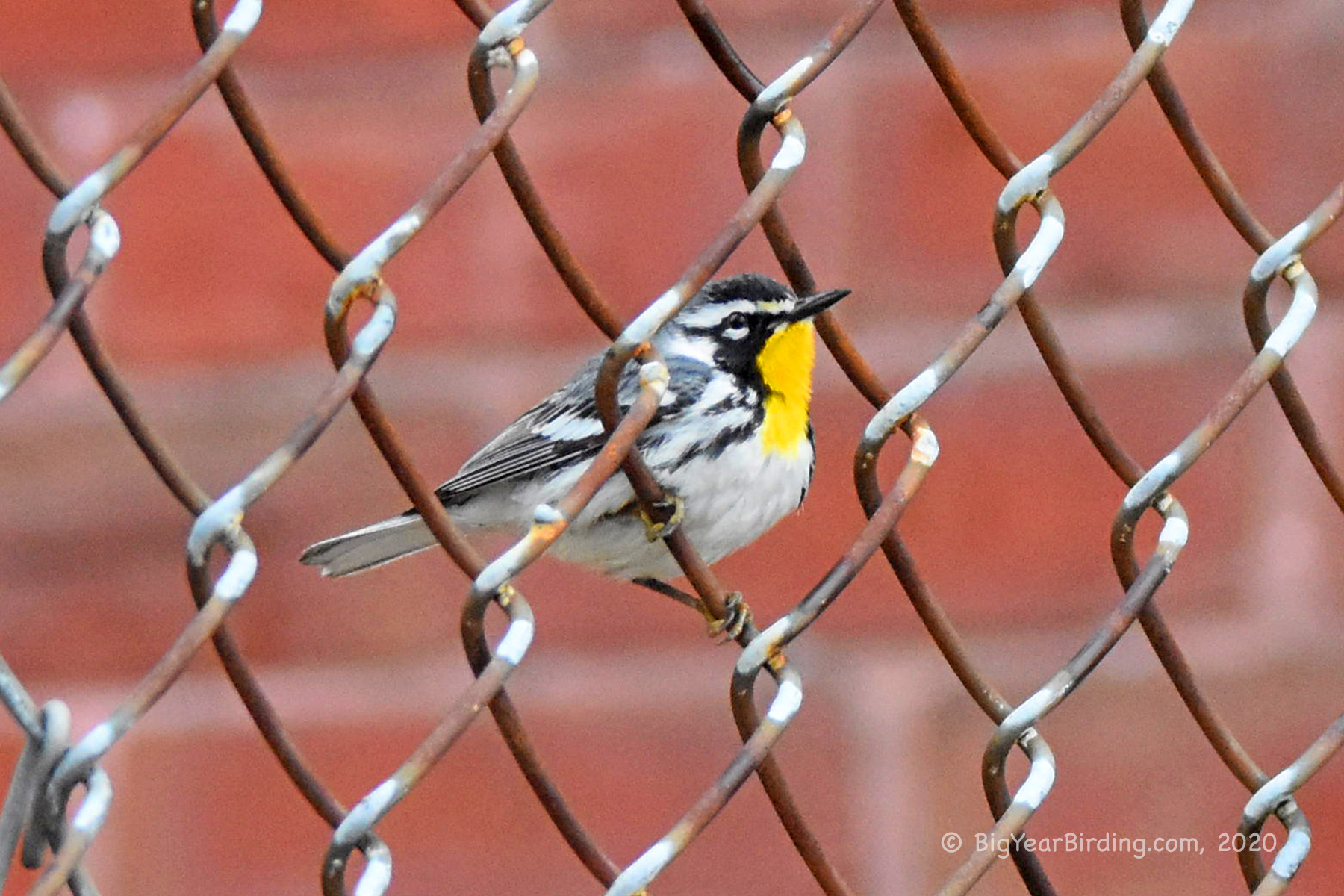 Yesterday late afternoon, Ingrid told me a Yellow-throated Warbler had been seen on the ledge of a 4th floor office building in Brunswick. I laughed and suggested the bird was probably just moving through and would be long gone before I got there.

So this morning as I sat through conference calls from 7 am till noon, I started to see posts and messages that the YTW was still being seen . . . seemingly by every birder in the state.

The Yellow-throated Warbler summers in Virginia so showing up in Maine . . . in April is amazing.

When my call mercifully ended I rushed out the door and broke a few speed limits in the car to get to the For Andross complex, an 18th century mill converted into office space. 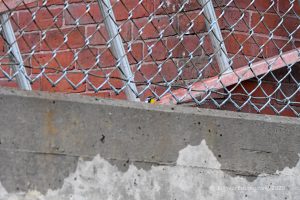 Upon arriving I worked the front of the building, the near by fish ladder, the park across the street and then the rear of building. While working the parking lot by the river a couple other birders joined me (at a responsible 6 feet). I briefly got a glimpse of it in brush by river (would not have counted it) while following repeated chipping that we couldn’t place. Went back out front and one of the birderscame running out and told me he had the bird (nice guy). I watched it feeding in a small pine near the concrete barrier wall at the end of back parking lot.

Sadly Mid-coast Maine was hit by a freak April snow storm this evening. I hope the warbler makes it.