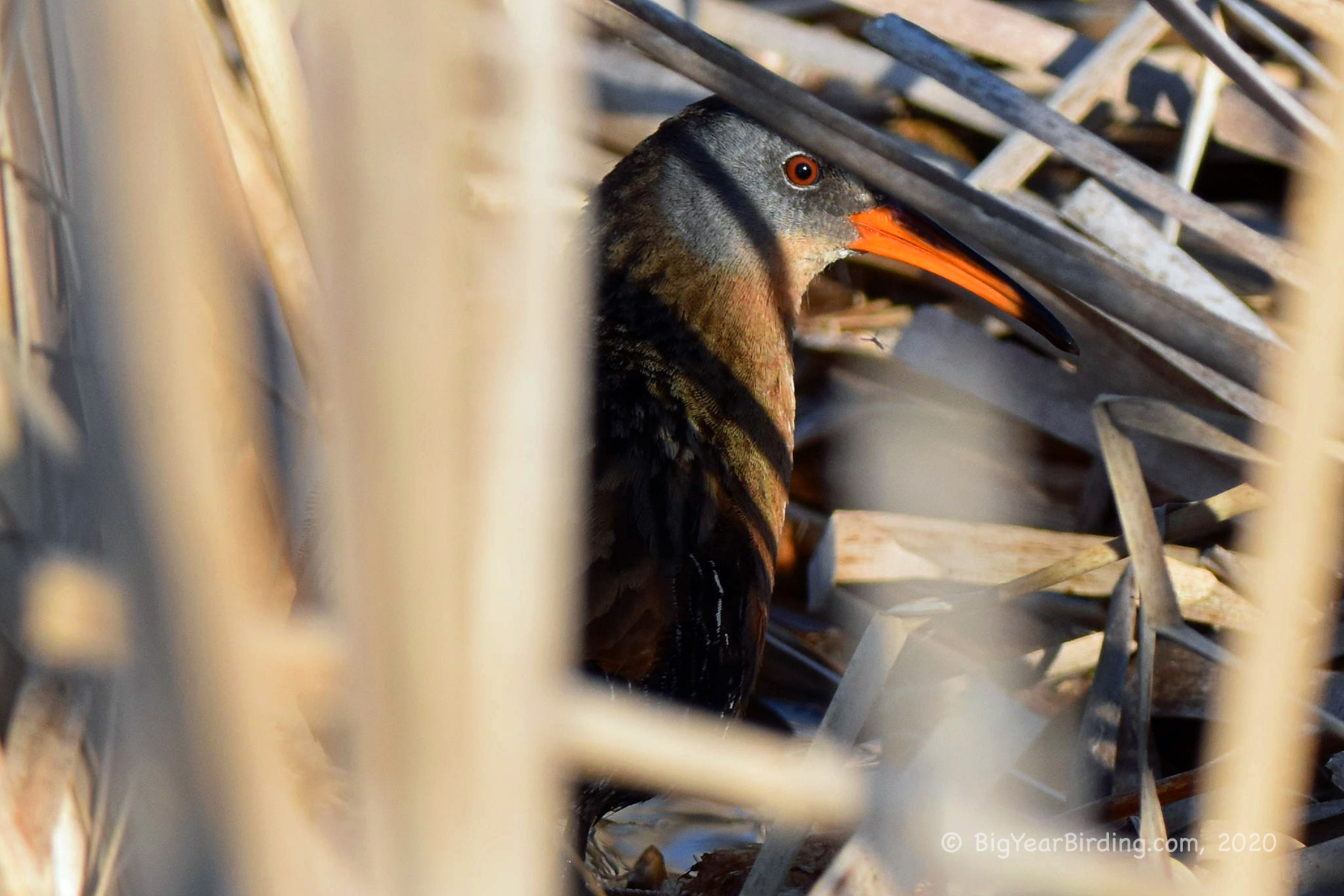 In the morning I heard a Virginia Rail grunting from a marsh in Dresden, Maine, enough to count but I like to see the bird and ideally photograph it.

So this evening in Damariscotta I once again heard the grunting (and some squeaking).  With sometime on my hands (dinner was at 8:00), I simply entered the marsh and stood in ankle deep muck for 20 minutes until a Virginia Rail came into sight.

It took me another 5 minutes before he appeared long enough to photograph.