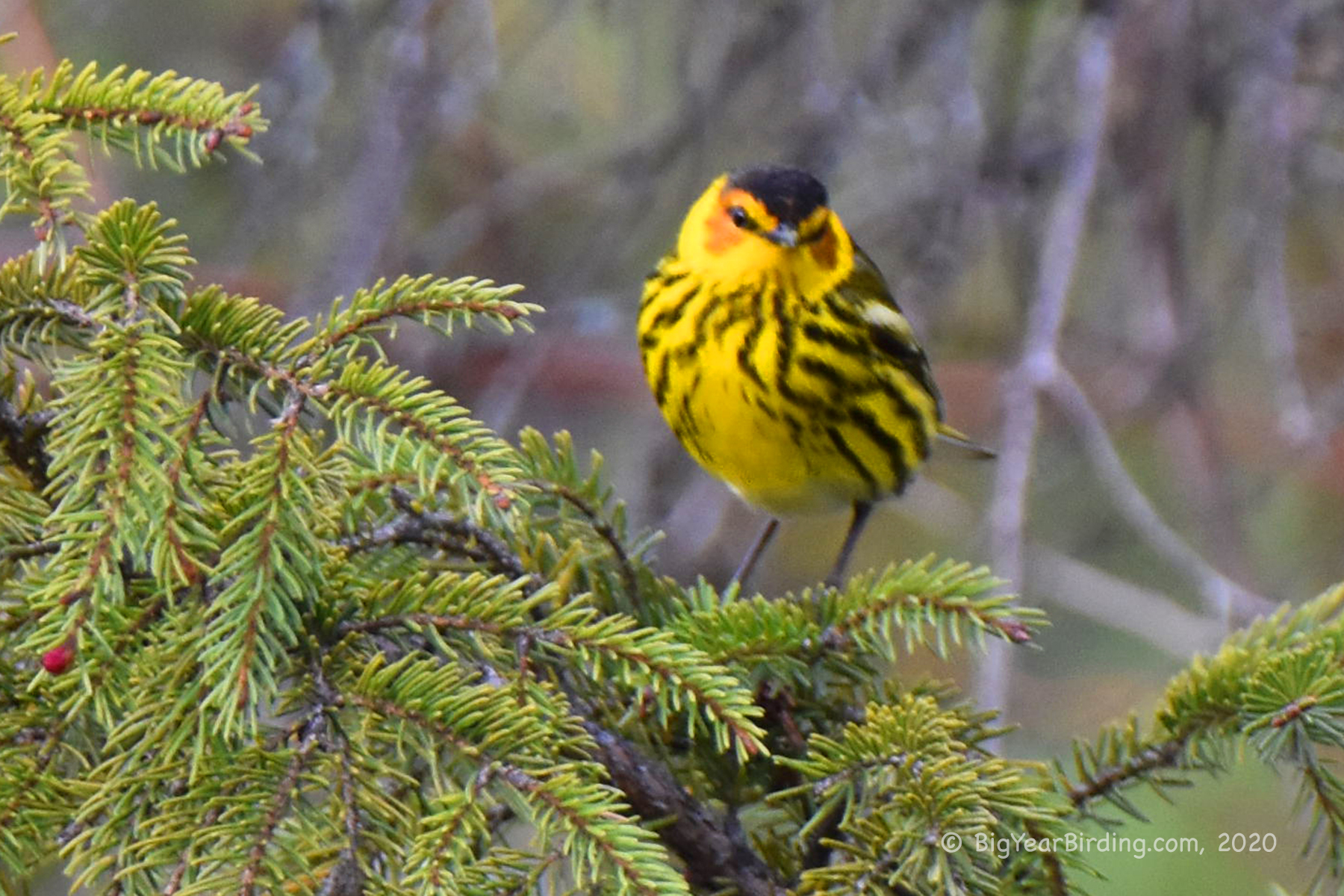 Late yesterday evening Ingrid and I began seeing reports of a Golden-winged Warbler being seen at a park in Portland.  A GWW is not unheard of in Maine, but is unusual and would be a lifer.

So I set my alarm for 4:00 am and headed south bright and early.

I was the first birder to arrive at Capisic Park and headed to tree where the Golden-winged was last seen yesterday evening.  As I was scanning at the top of a pine tree, a Common Night-hawk flew over . . . a bird I seem to get flying each spring and fall . . . but never able to photograph.

Soon other birders arrived by the dozens . . . so after 30 minutes I gave up on the Golden-winged . . . letting the reserve birders take over.

Over the next few hours I got Cape May,  Canada and Blackpoll Warblers, all first of the year sightings. 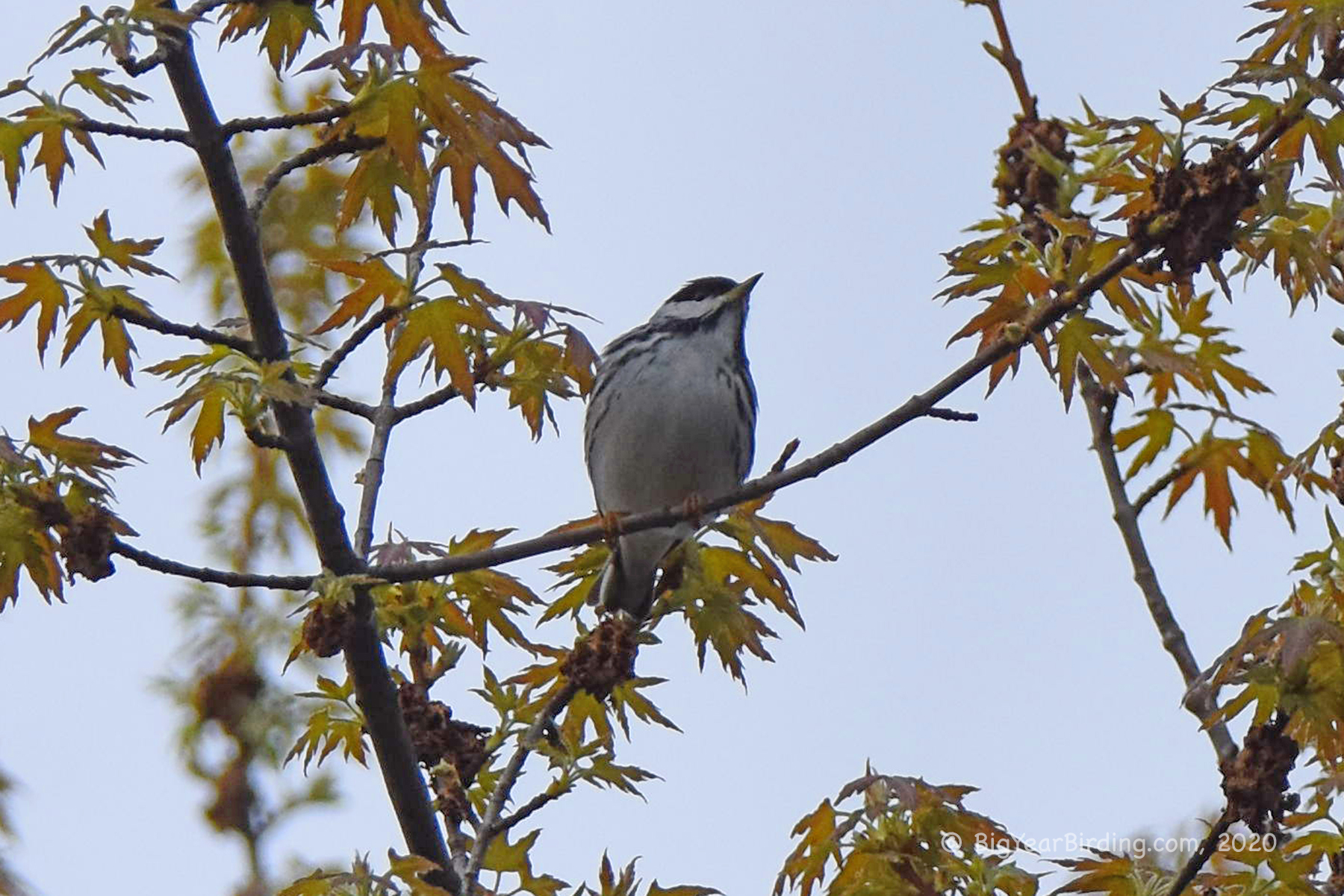 Soon my fellow Golden-winged searchers came streaming by . . . looking like Napoleon’s Troops Retreating from Moscow.  No bird was seen.

I did get this photo of a Baltimore Oriole building a nest: 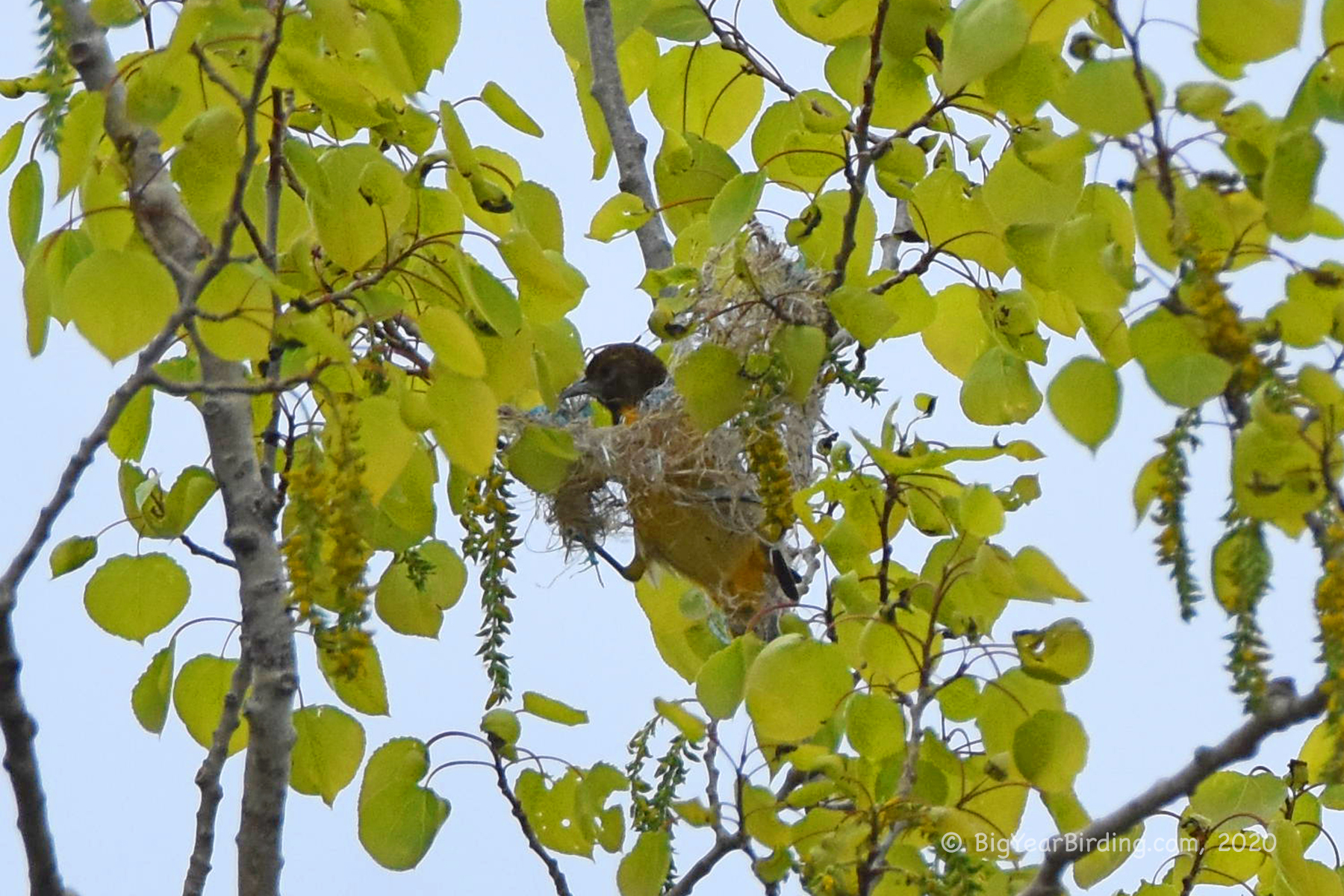