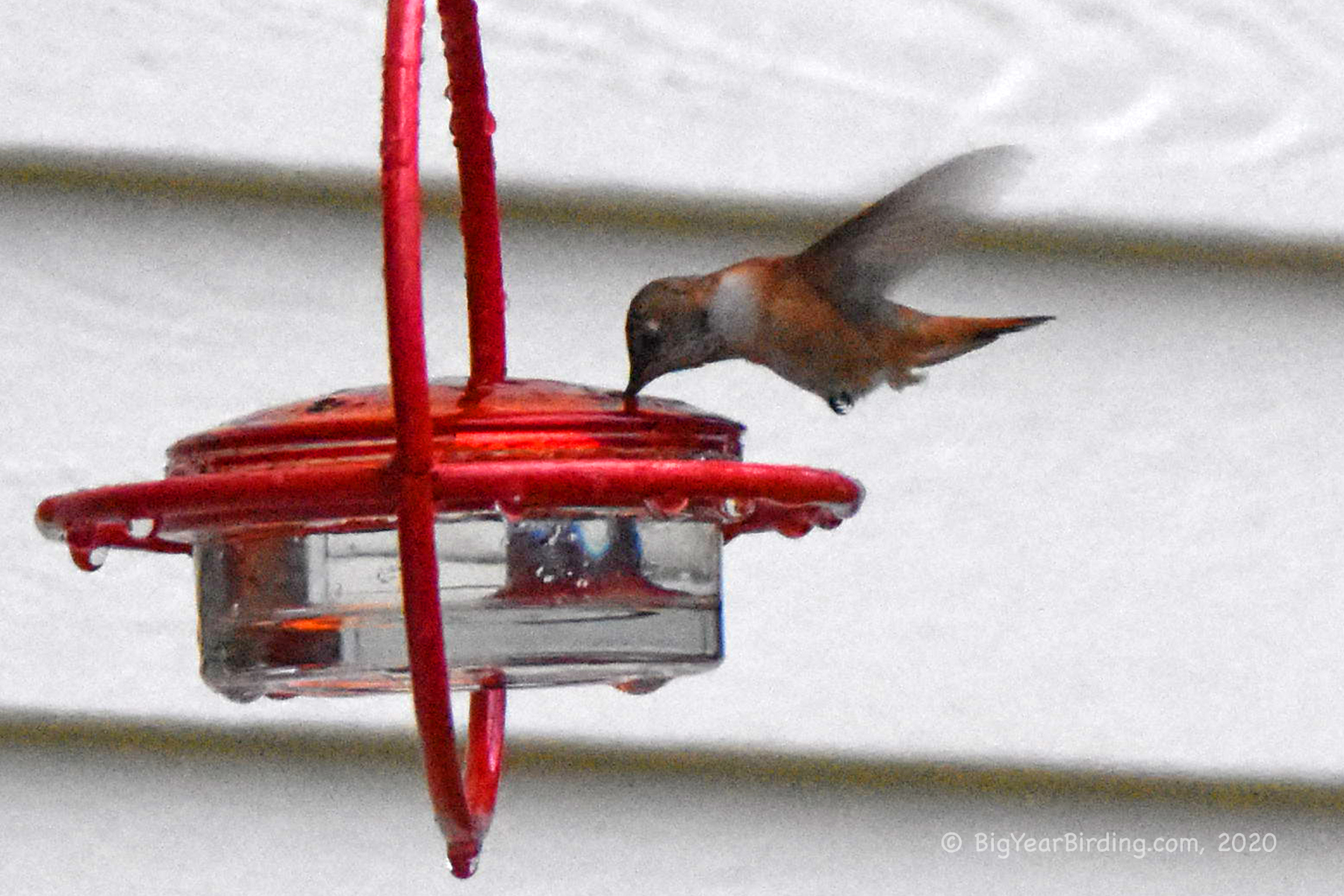 Its been quite a week for rare birds in Maine as a Golden-crowned Sparrow appeared in Abbott, a Western Kingbird in Freeport and yesterday a Rufous Hummingbird showed up on a feeder in Yarmouth.  Like the other rarities, the Rufous is is on the wrong side of the country.  They breed in Alaska, the coast of Canadian into the Pacific Northwest of the USA and are seen across the west as they migrate toward Mexico.

Monday night, a local bird food supply, reported that a Rufous or maybe an Allen’s Hummingbird was being seen on a feeder in a lovely neighborhood in Yarmouth.  An Allen’s, while looking quite a bit like a Rufous, has never been seen in Maine and is actually difficult to find in California (we’ve see one in San Diego).

I arrived at the “hummingbird” house just after dawn on Tuesday and the bird showed up within a few minutes . . . the extent of orange on the back said Rufous to me and the “experts” confirmed it later in the day.

Not sure what is going on . . . but I love the rare birds showing up around here.