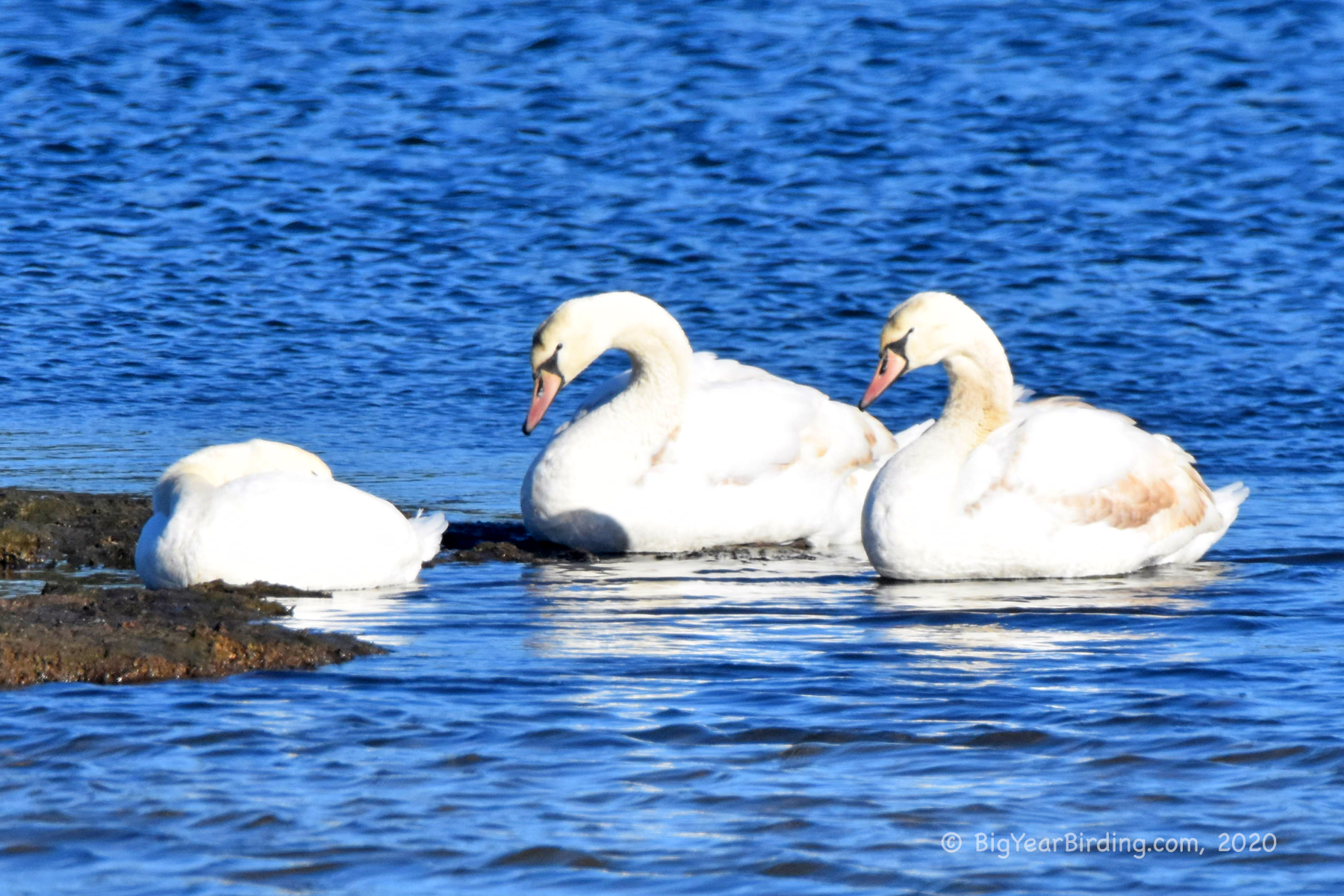 New England can be easily divided into two regions.  Its northern states (Maine, New Hampshire and Vermont) and southern states (Massachusetts, Connecticut and Rhode Island) can be thought of as rural (up north) and urban (down south). Winters are colder up north; south is more liberal and for the sake of this blog . . . southern New England has more Mute Swans.

If you look at this eBird Map of 2020 Mute Swan sightings, southern New England is purple with sightings, but Maine, New Hampshire and Vermont have just a few sightings . . . mostly in their southern most border communities.

I hadn’t seen a Mute Swan in Maine since June of 2017, although I’ve seen dozens in Massachusetts.

Today I drove down to Eliot, Maine and photographed three Mutes resting and pruning in a saltwater pond within sight of the New Hampshire border.