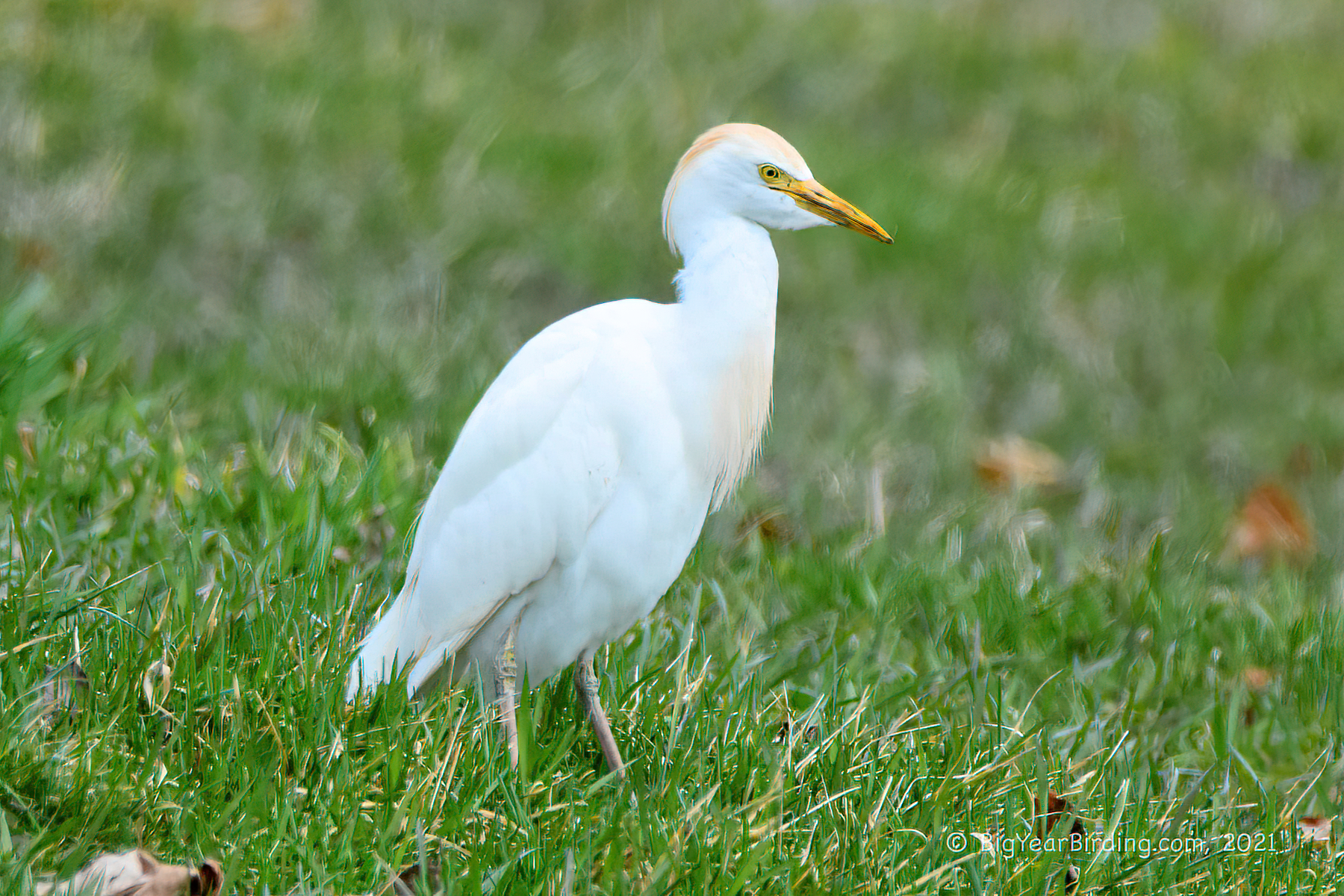 This morning I was driving north on I-95 heading for a reliable spot for early spring Warblers when Ingrid texted me . . . “a Cattle Egret has been seen in Newport, Maine”.

Maine is a good 500 miles outside of the Cattle Egret’s range but each year several overshoot and are seen in the state.  Last year there were just two sightings and it was probably the same bird.  So if one is doing a Maine Big Year . . . you better get the Cattle Egret when is shows up . . . you may not get another chance.

Anyway, 90 minutes later I pulled Newport and checked the “lawn by the lake” where it had been spotted two hours before.

So I decided to walk down the road and within a couple minutes I saw a white dot moving on a residential lawn . . . raised my binoculars and sure enough . . . there be a Cattle Egret.

I continued up the road and started taking photographs and a few minutes later the birders began to arrive. 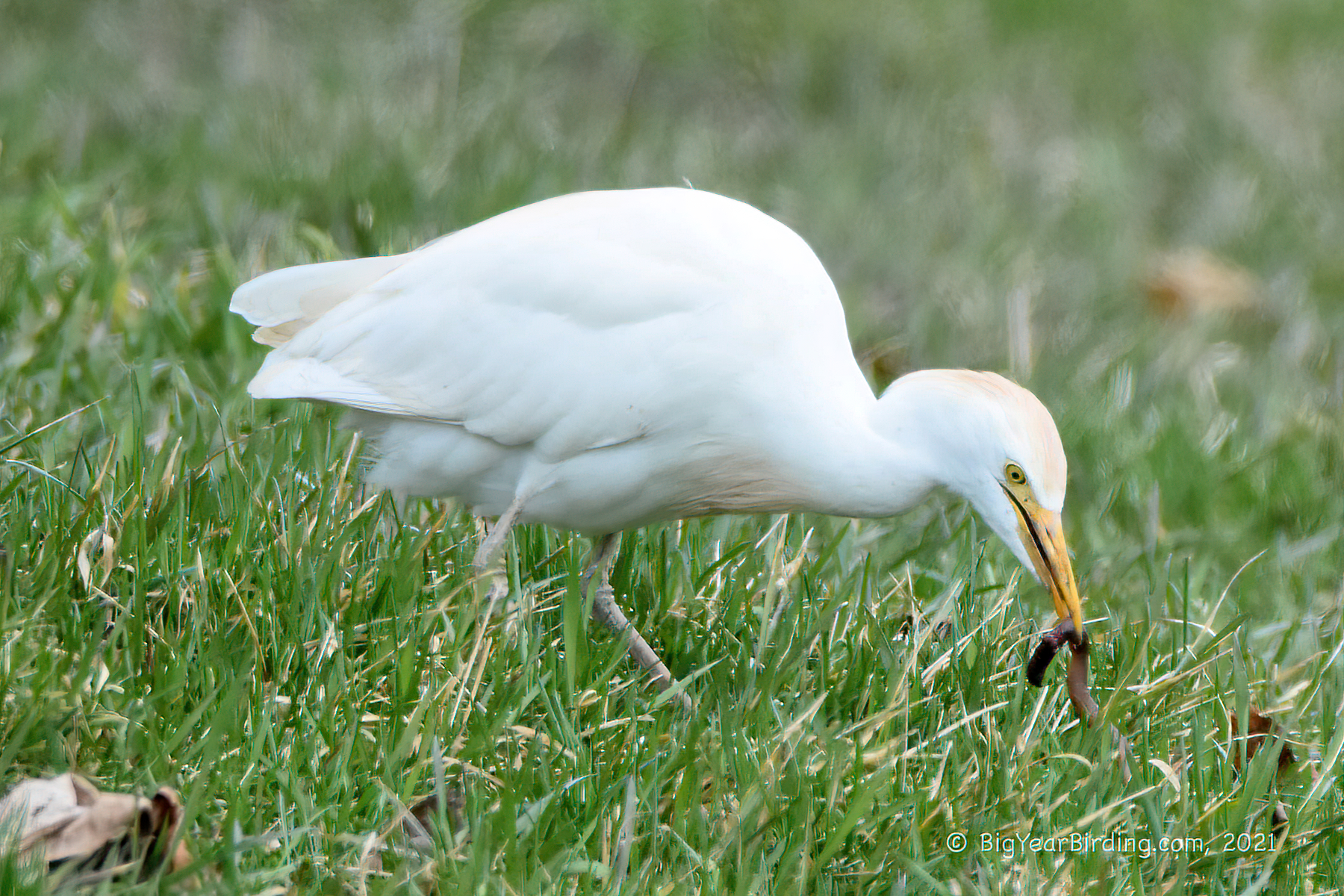