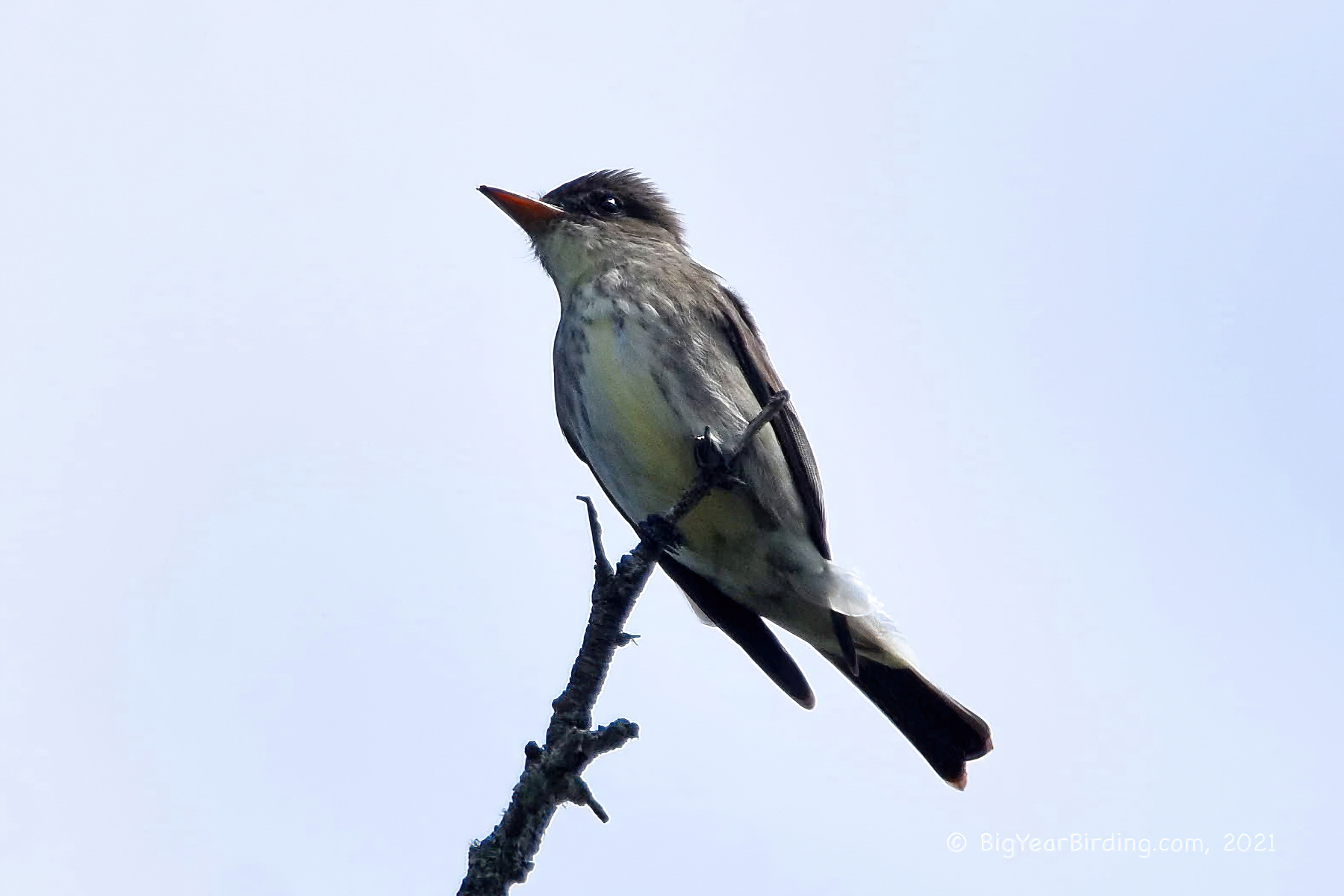 Today I drove almost four hours north to pick up the rare Black-backed Woodpecker. A friend found this bird (on its nest last week) and I was very excited about chasing it.

I had the exact GPS coordinates, but had to enter the woods from the north as the southern route was out due to a bridge washing out. For ten miles the dirt road consisted of dodging half buried rocks, huge potholes, and downed trees . . . I was traveling at 10-20 miles per hour but I was making good progress.

With about two miles to go it started to rain and the road suddenly became the width of a single car . . . my tires dropping into gullies while the center of the road dragged against the undercarriage of my Subaru Crosstrek. After a quarter miles I became stuck and had to rock the car back and forth to un-wedge the chassis.

At this point I decided the I really cared more about seeing my wife again, than I did about a Black-backed Woodpecker. I backed up the car for a quarter mile where upon I was able to turn it around and drive out of the damn forest as quickly as I dared.

On the way home I stopped at Boy Scout Woods in Rangley and incredibly saw a Black-backed Woodpecker almost immediately . . . I could have saved so much time.

The highlight of the day (other than getting the car un-stuck) was an Olive-sided Woodpecker . . . a bird that we almost never see in our part of Maine. Love the unbuttoned vest look. 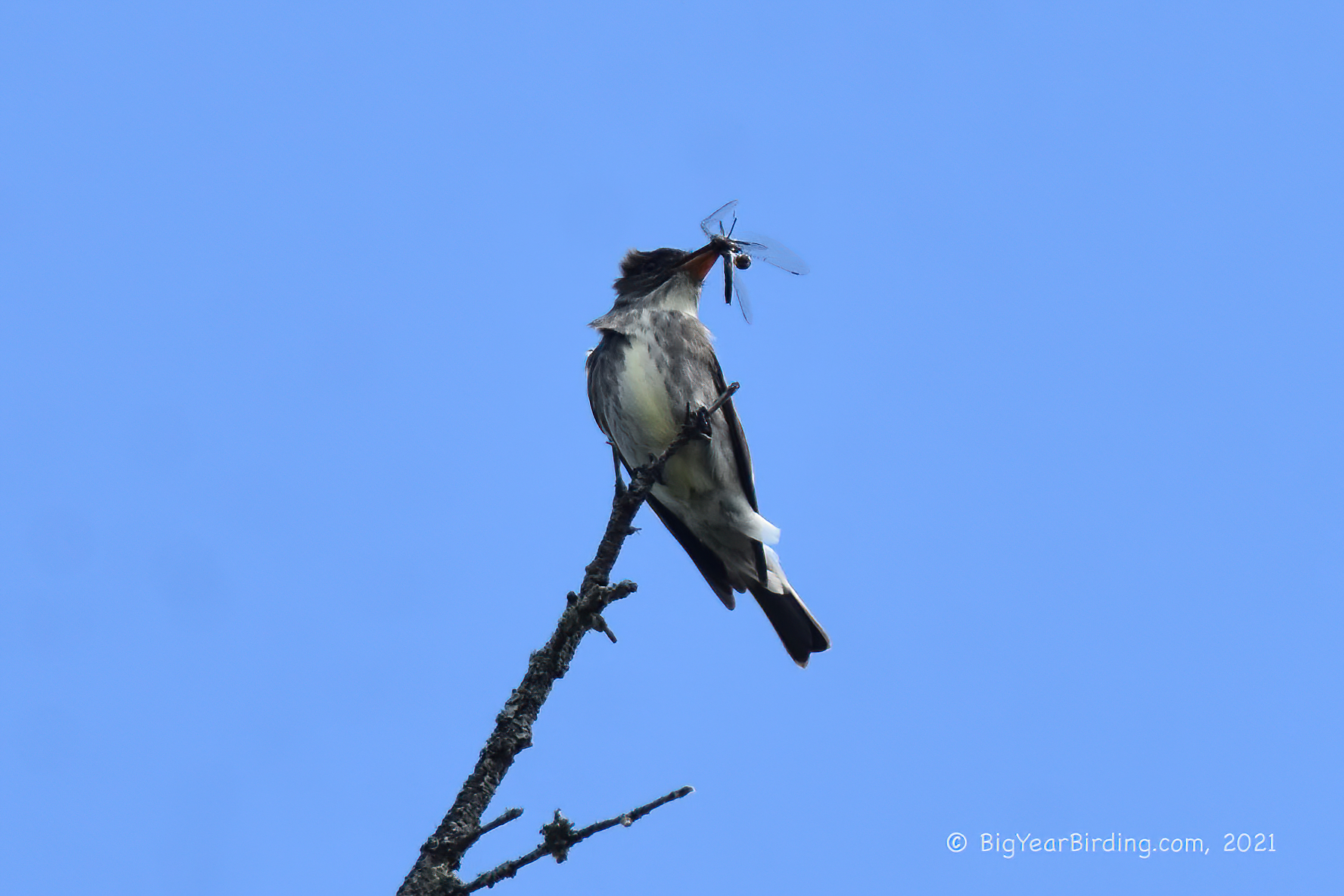