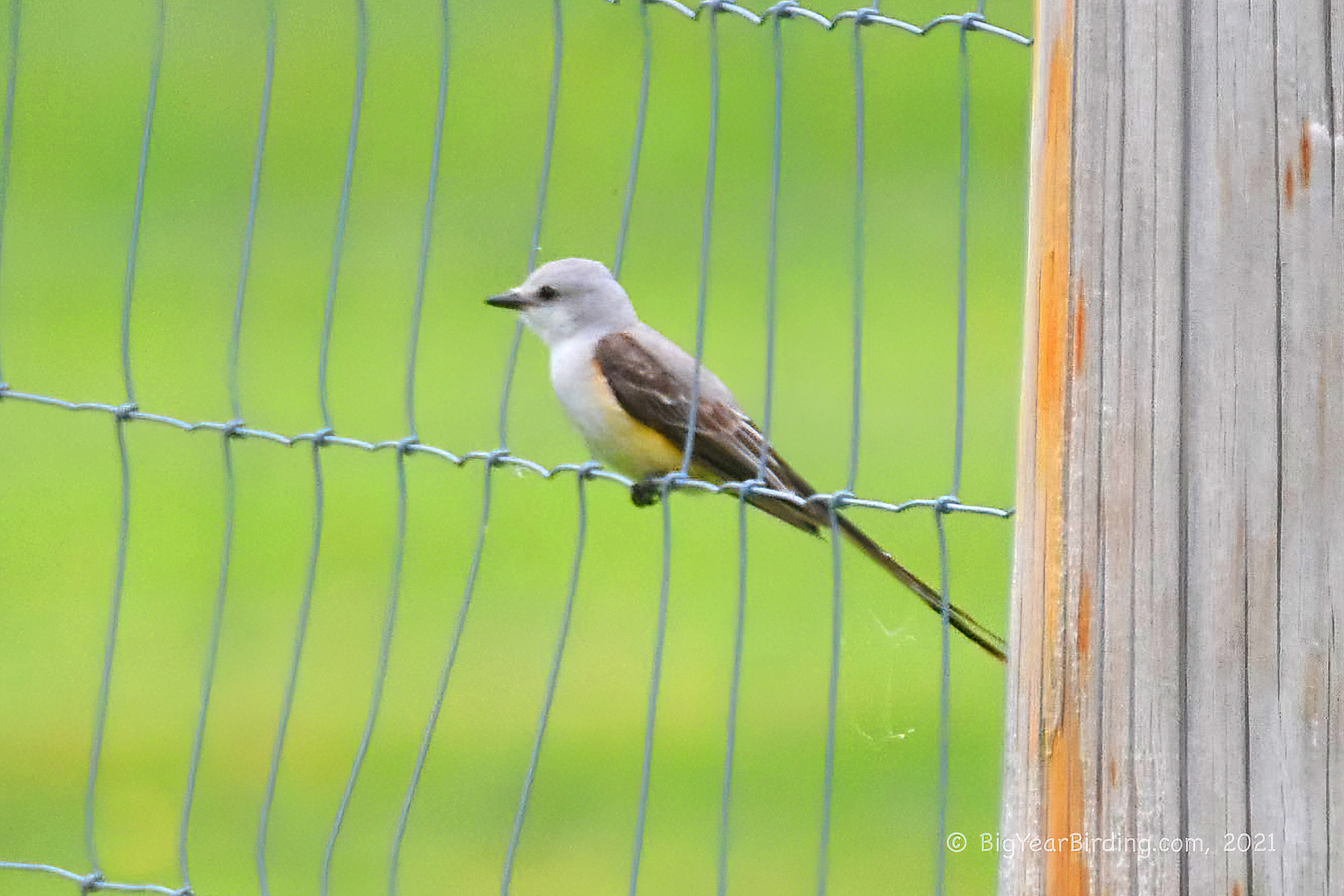 There have been a number of books (and a movie) about Big Years, and a running theme is the stress they put on a relationship. Fortunately, unlike most of the spouses and partners in these books . . . Ingrid is also a Birder and often she wants to get the bird just as much as I do.
But yesterday I pushed that premise to the limit. I was in Bar Harbor for a Birding Festival (naturally) and with Ingrid taking Friday off, she headed north after work to join me.
We had 7:00 dinner reservations and at 5:30 I headed to the hotel to shower off a day of bug spray, grime and sweat. Ingrid called me to say a rare Scissor-tailed Flycatcher had been seen at a horse farm in Trenton, Maine . . . a mere 20 miles from our hotel.
Well I couldn’t risk it flying off over night . . . so I rushed to the horse farm (passing Ingrid going north as I sped south).
Michael Good, a renown birder was also there and we spent 30 minutes scanning the field and fences of the area before I gave up . . . I had dinner reservations.
On the ride back to the hotel, I called the restaurant, pushed the reservations back to 7:30 . . . giving me just enough time to shower and change.
Just as I was I’m pulling into the hotel parking lot my phone rang . . . it was Michael . . . he was on the bird. I called Ingrid not knowing what to do do. She said “go get the bird and will figure out dinner when we you get back”.
I love this woman.
Anyway, the Scissor-tailed Flycatcher, a bird that belongs in Texas or Mexico was sitting on a fence . . . occasionally being chased by robins. I got some great photos and the next morning, Ingrid was able to see the bird herself.
Later we had a wonderful steak dinner . . . me smelling like Deep-Woods Off and Pine Sap . . . but I was truly happy knowing that I was the luckiest man in the world.
Maine Big Year Bird #275
Tweet
Pin
Share