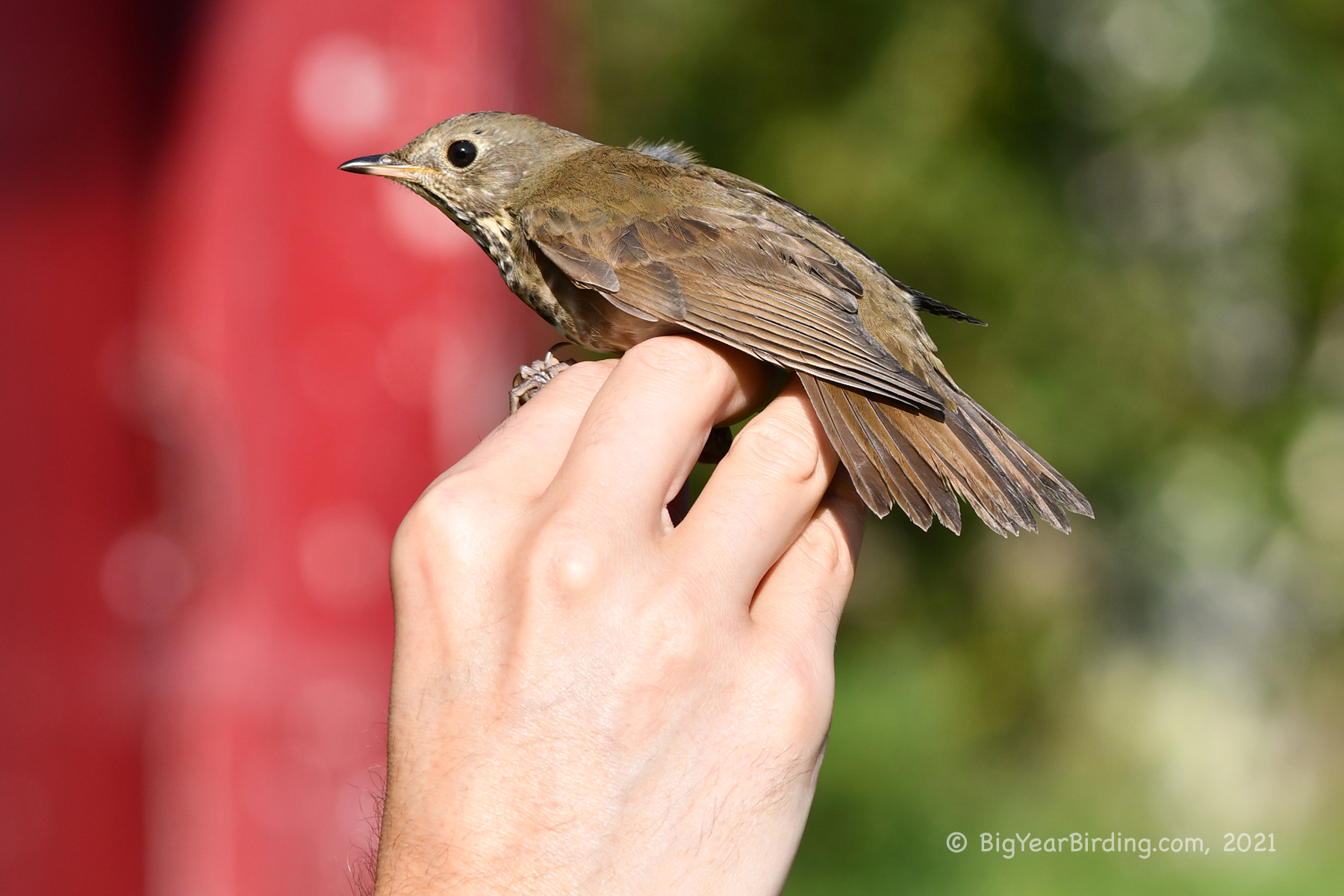 Gray-cheeked Thrush . . . for a non-birder that name hardly would inspire a trek through the wood in the rain.  And to be honest, this brown/gray bird with spots is rather homely.  But I’ve been stuck at 306 (my Maine Big Year count) for ten days . . . so any new bird is absolutely gorgeous.

During Sunday’s football game I heard from a researcher at the Biodiversity Research Institute (BRI), about a rare Gray-cheeked Thrush seen in Falmouth.  BRI does bird banding: catching 100s of birds a day; recording species, size, weight, sex and condition; placing a coded bands on a leg; and releasing the bird. Such record keeping is useful in understanding migrations and population fluctuations.

Anyway, I had spent three hours yesterday morning searching the area  . . . with no luck . . . when I got a text from the Bird Banding Team.   They had a Gray-cheeked Thrush in their myst nest.

This was met with with disappointment and curiosity.  A captured bird is not countable (so I’m stuck at 306 for another day) but I really wanted to see the bird up close and personal.

Researchers, spread myst nets across paths in the woods where birds tend to traverse and the birds get caught in the nets in a way they don’t become injured . . . it’s really quite fascinating. https://www.youtube.com/watch?v=eASZkJErIqc

When I saw the Gray-cheeked Thrush being pulled out of the draw-string sack where it was placed after capture, I was surprised how small my quarry was . . . and the researchers began measuring the bird’s wing parts, tail, making coloring observation.

This wasn’t a Gray-cheeked Thrush . . . this was an even rarer, smaller and nearly identical Bicknell’s Thrush!!!  I had to climb to the top of Saddleback Mountain in June to see a Bicknell’s.  This bird is probably migrating from the top of Northeast mountains where it breed (Sugarloaf, Mt. Washington, Saddleback, etc.) to the Dominican Republic where it winters. 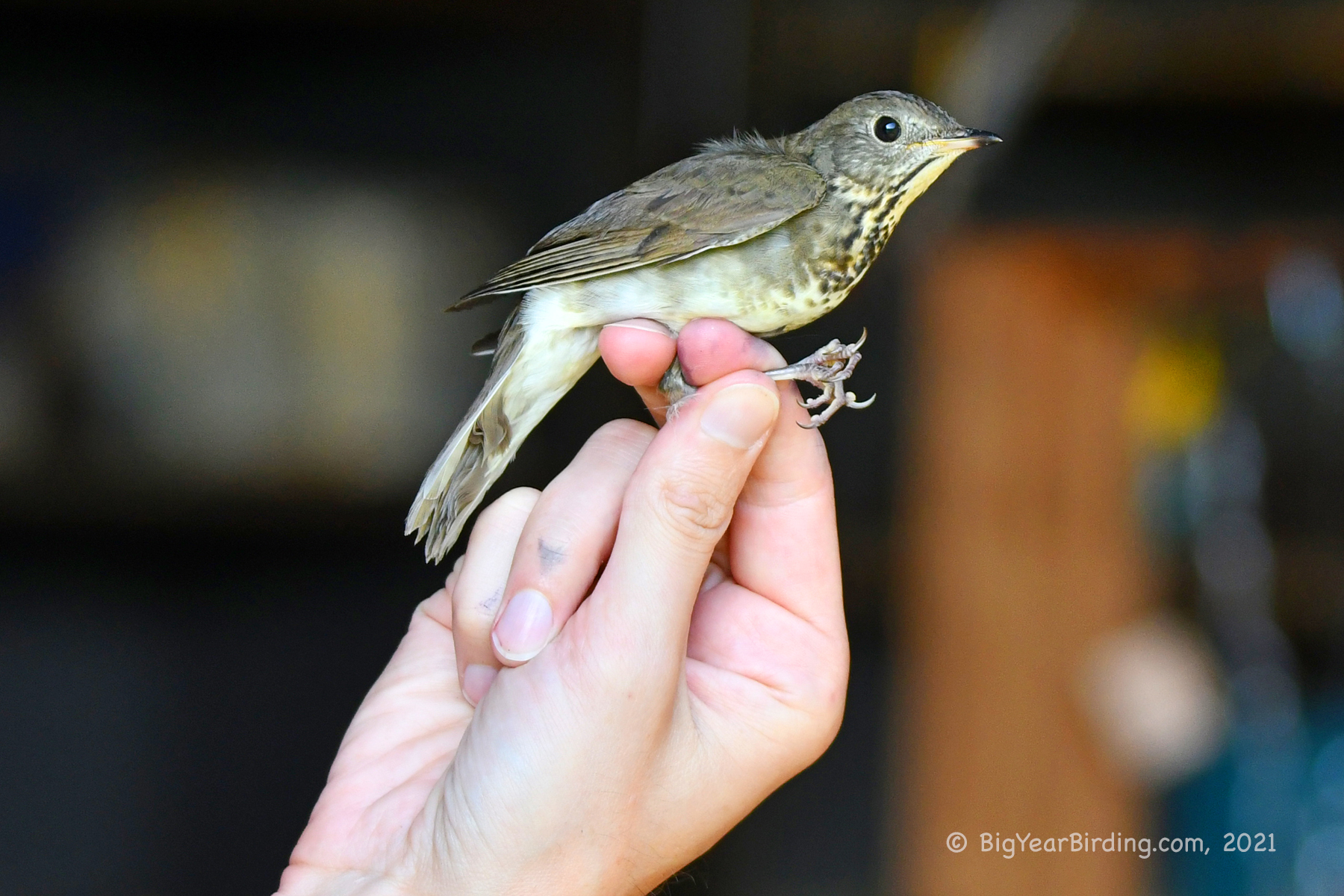