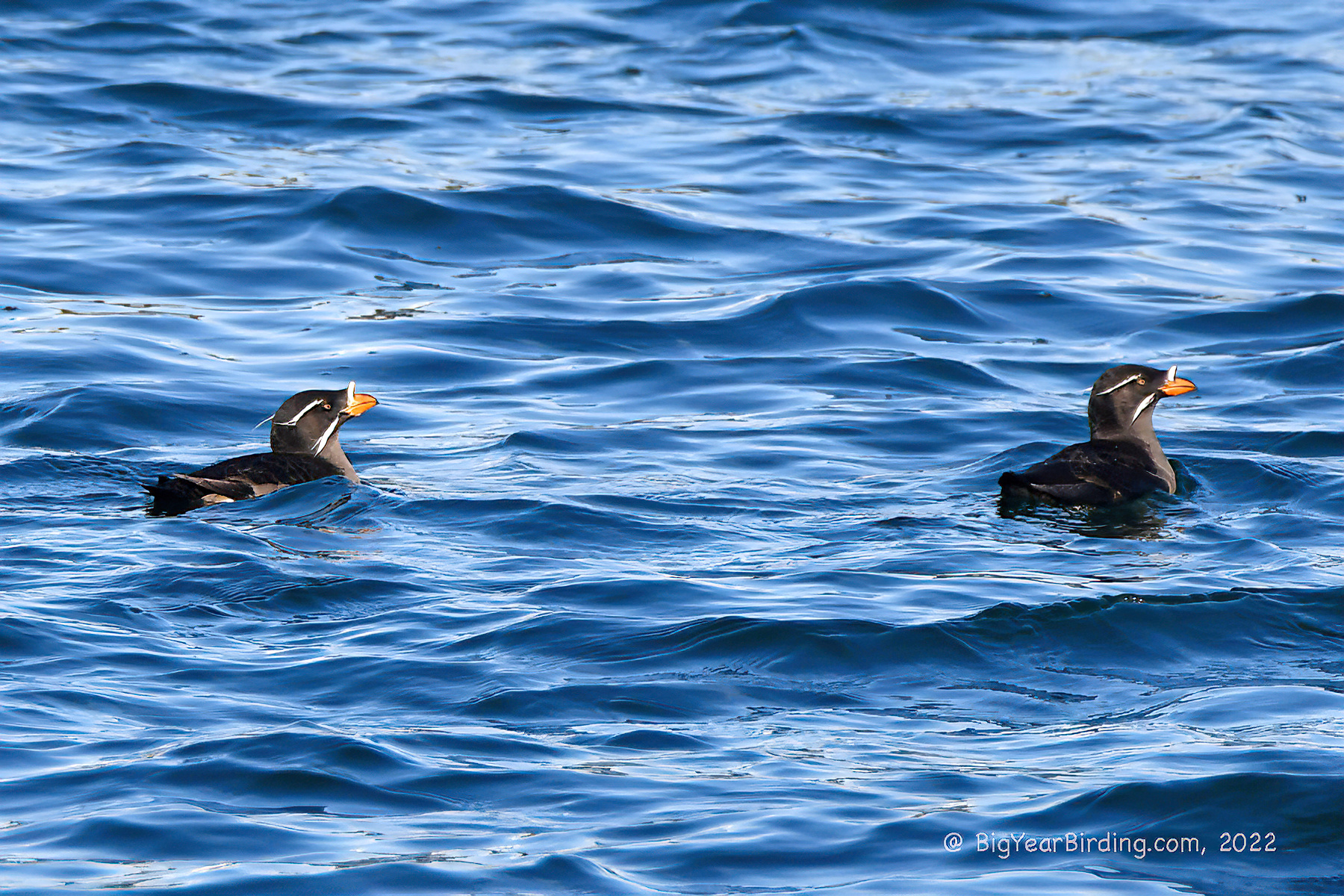 Ingrid has been a teacher for well over 30 years, a profession she loves and it has wonderful benefits.   While she has regular and generous vacations . . . there is no flexibility.  April vacation is always the third week of month and accordingly airline prices sometimes triple during that period (as they do during February, Thanksgiving and Christmas vacations).

This also means that miss some birding outings, like Pacific Northwest pelagic trips by a week or two . . . they start in early May.

But with just a day left in our Seattle vacation, Ingrid found a Gray Whale Watch out of Edmonds, Washington . . . and as we do in Maine . . . we “manufactured” a Pelagic trip.

So we travelled north from our West Seattle AirBNB, had lunch and boarded a spectacular catamaran, build specifically for whale watches. They even served warm, freshly baked Blue Berry Buckle!!! 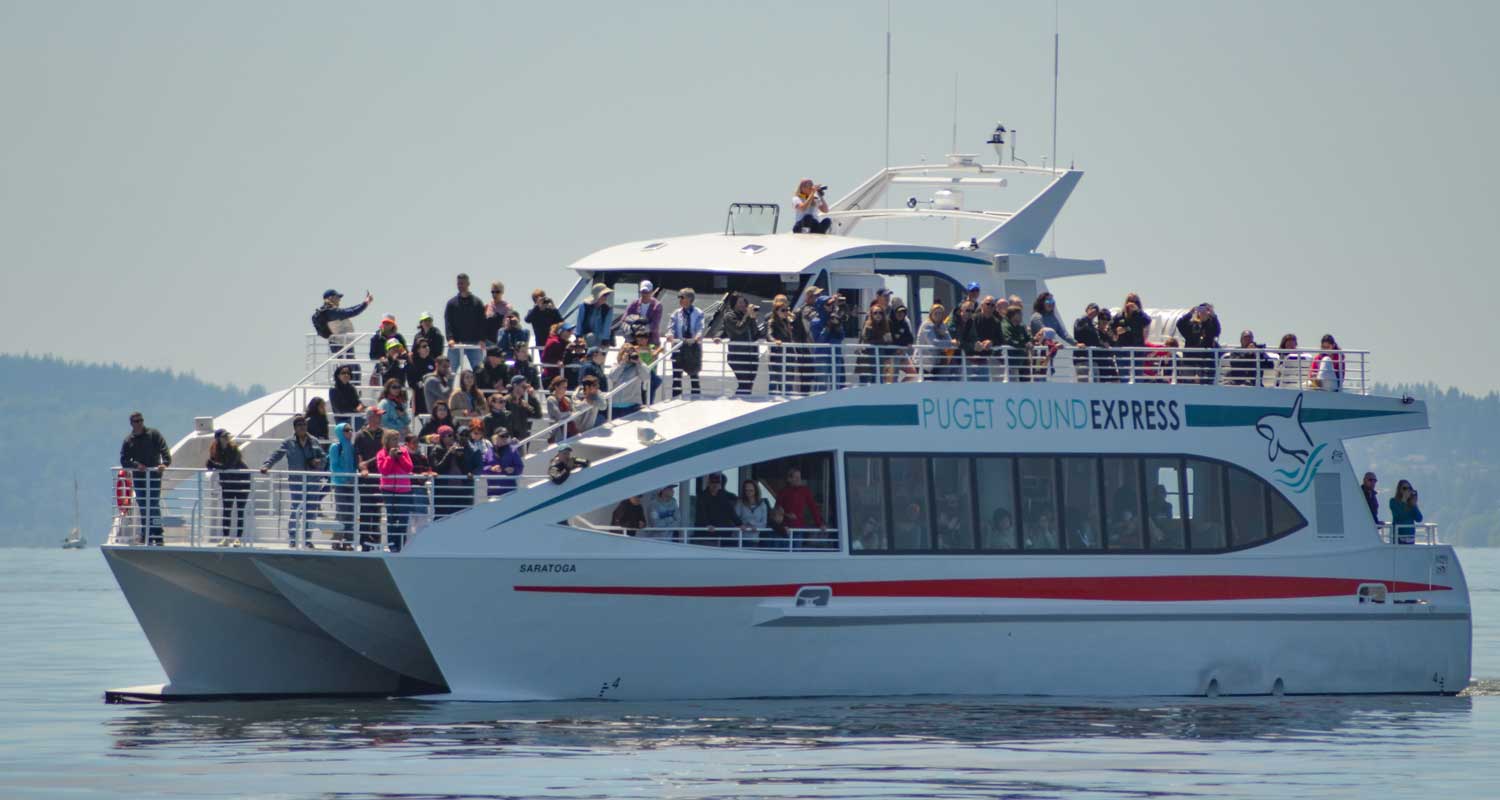 Within minutes of leaving the dock, we got a Marbled Murrelet, a life bird for us both.  Unfortunately the entire sighting was about 30 seconds as the boat was moving fast.  Fortunately my camera was faster. 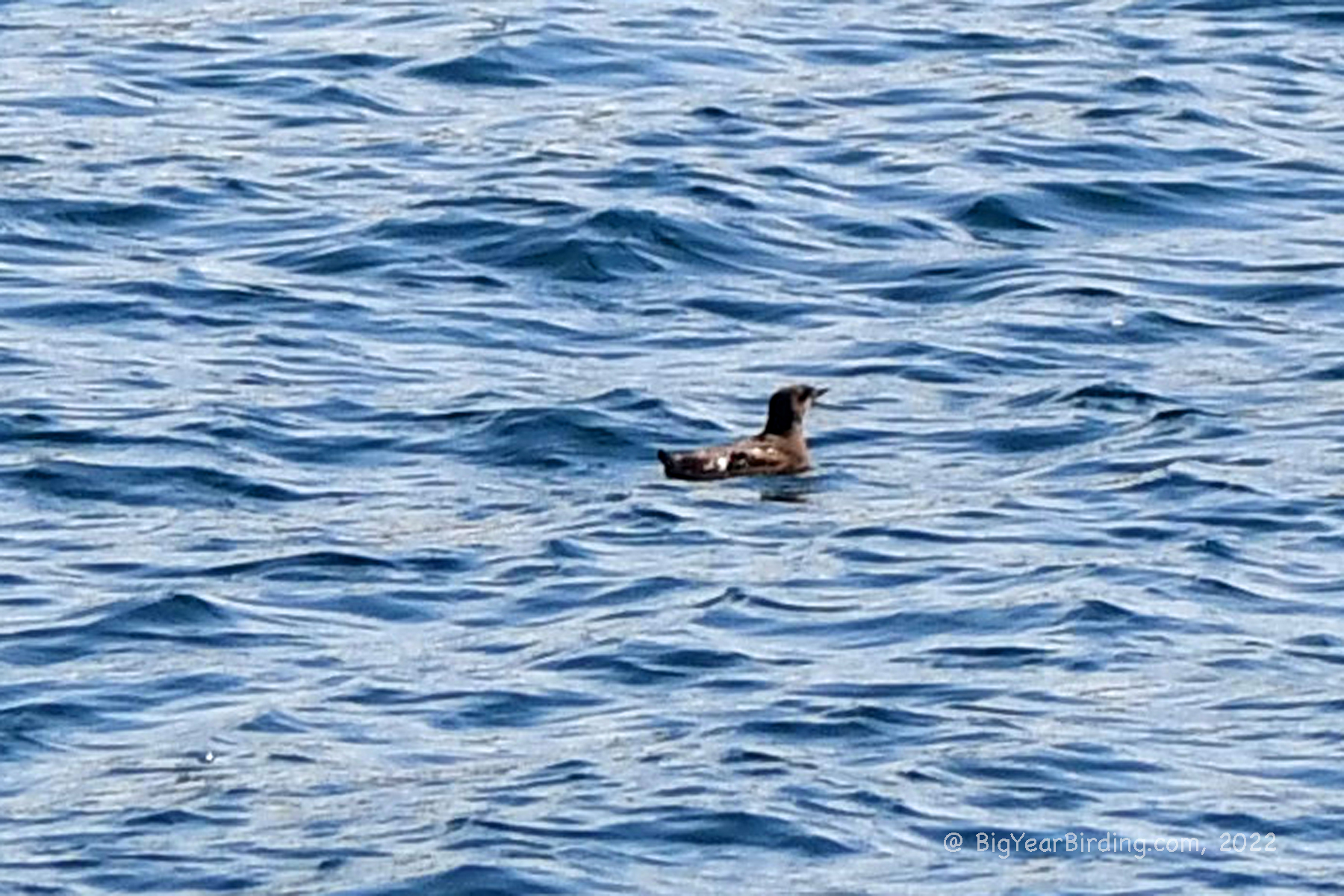 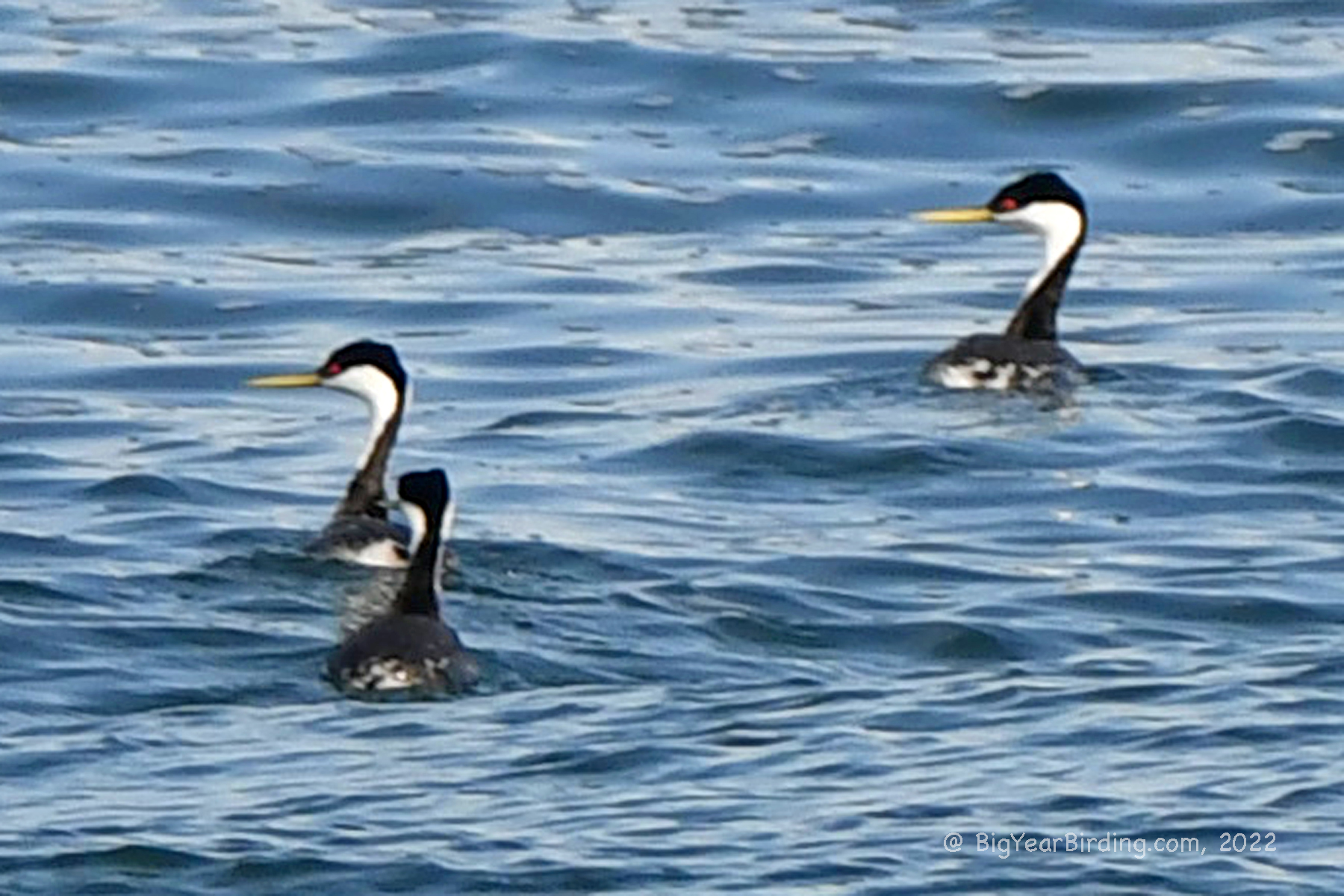 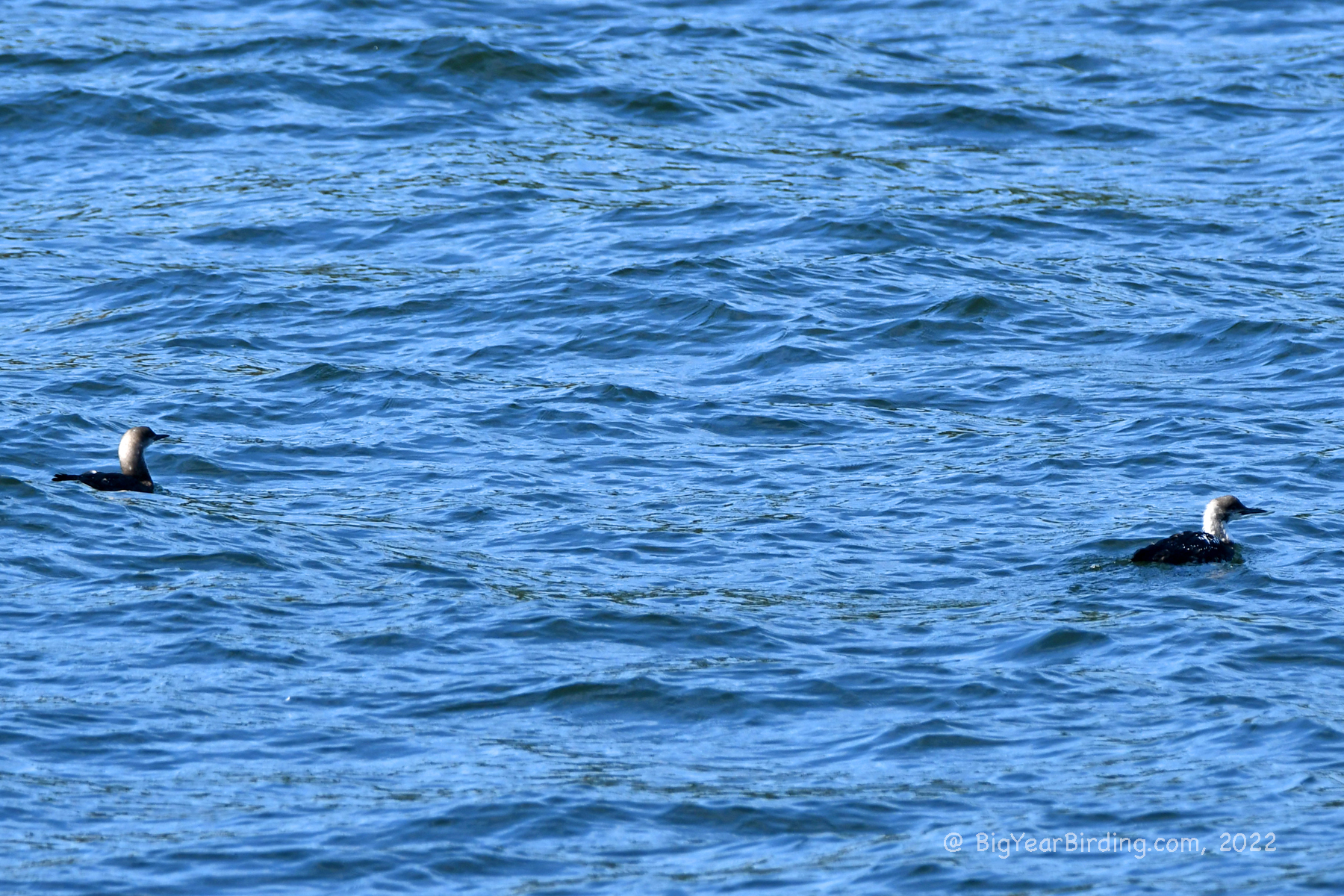 I struggle with west coast gulls but we saw all three major species.

And both west coast cormorants.

Then, not 20 minutes from dock, we came upon four Gray Whales, far sooner than expected.  Migrating north from their Baha, Mexico wintering grounds, they are heading for Alaska’s rich feeding ground.  These four whales had clearly come upon a school of shrimp and we watched them spy hop and play for well over an hour.

Coincidentally, earlier in the we had watched a NETFLIX Nature Series hosted by Barrack Obama, with a great piece on Gray Whales.  We recommend it highly.

On the return to the dock, we observed several Steller’s Sea Lions arguing. 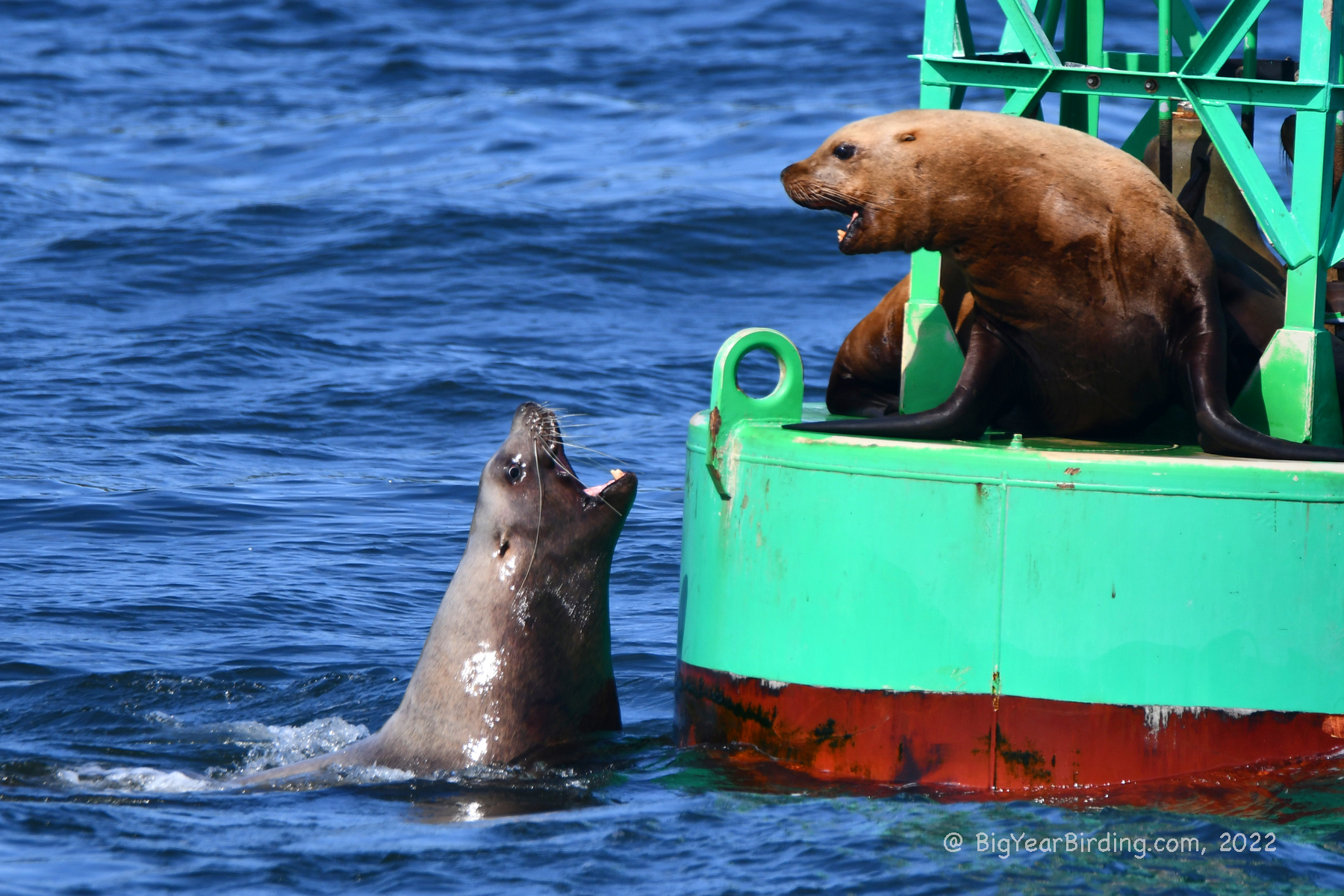 And the bird I most wanted a photo of . . . the Rhinoceros Auklet!!!

Is there a cooler name for a bird than a “Rhinoceros Auklets?”

A chunky dark seabird, related to the puffins, the ‘horn’ on the bill, responsible for the bird’s name, grows annually in early spring and is shed in late summer. 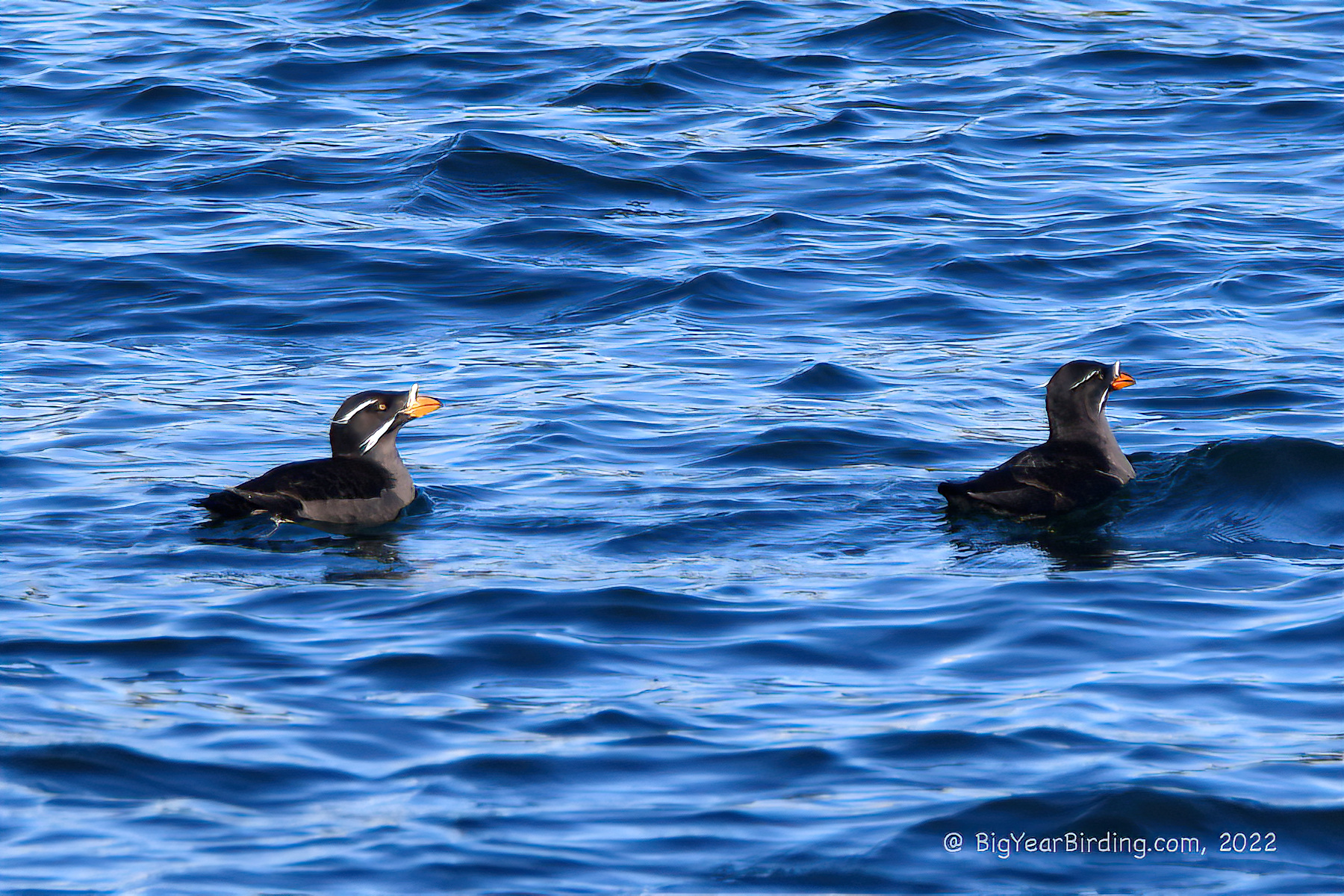