In June 2013, when I could barely discern the difference between a Bald Eagle and a Black-capped Chickadee, Ingrid dragged me . . . ah . . . err . . . invited me to the Acadia Birding Festival in Bar Harbor.   The prospect of three days of tromping through mosquito infested forest, had me giddy with anticipation.

As we arrived at the Festival Headquarters, we learned about a pair of Black-bellied Whistling Ducks in a pond near Mount Desert Island High School . . . just a few miles away.  This was my first experience with birders when a rare bird was involved.  Over the next hour: we watched birders race into the school parking lot; jump out of their car; spy the birds with binoculars; followed by hugs, high-fives and grins.

All because a bird that normally resides in Florida and Texas had appeared in Maine for the third time ever.

Three days later I was hooked on birding.

Today, nine years later,  Ingrid and I saw a flock of eleven Black-bellied Whistling Ducks in Camden, Maine . . . the fourth State report of this species ever.  And I was hugging, high-fiving and grinning. 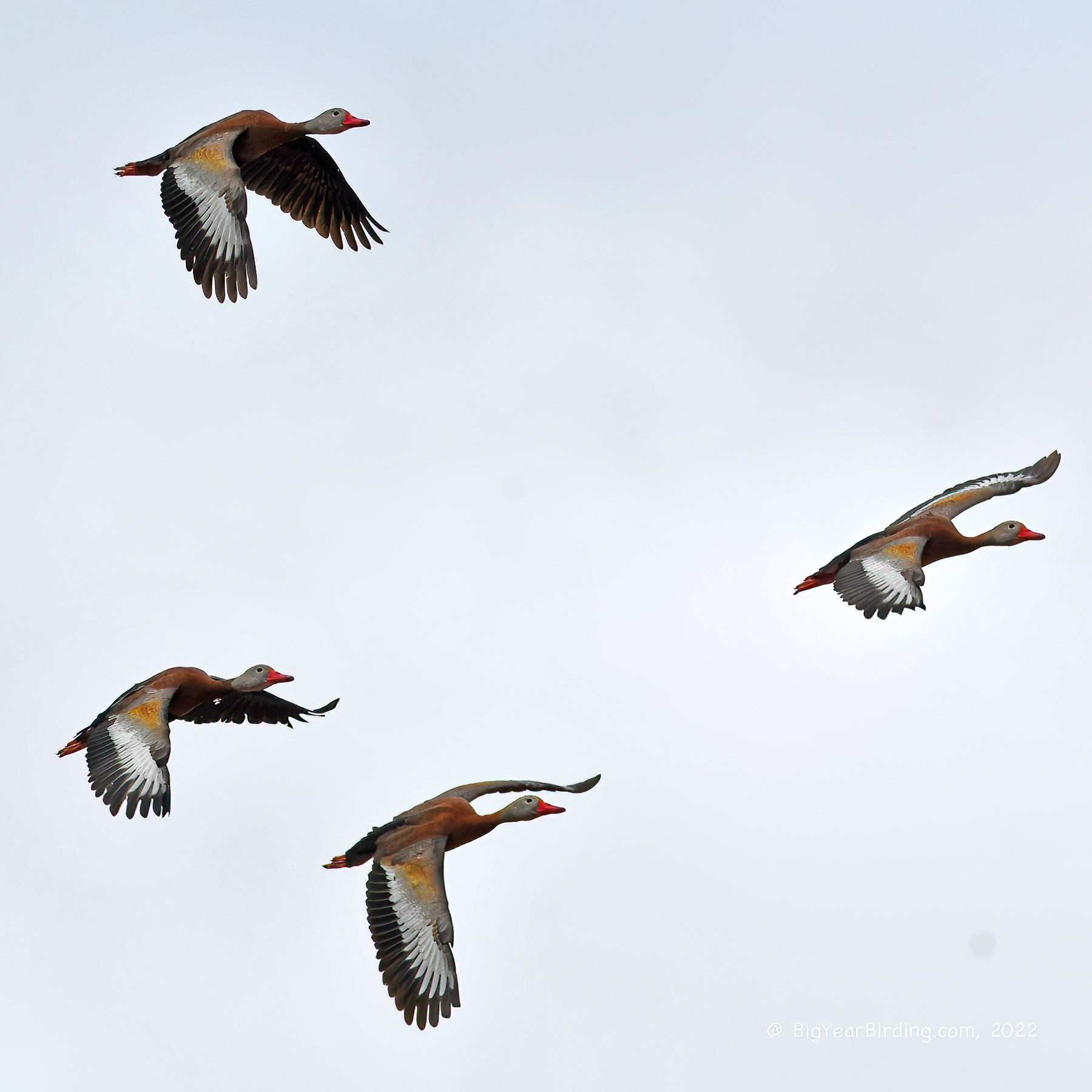