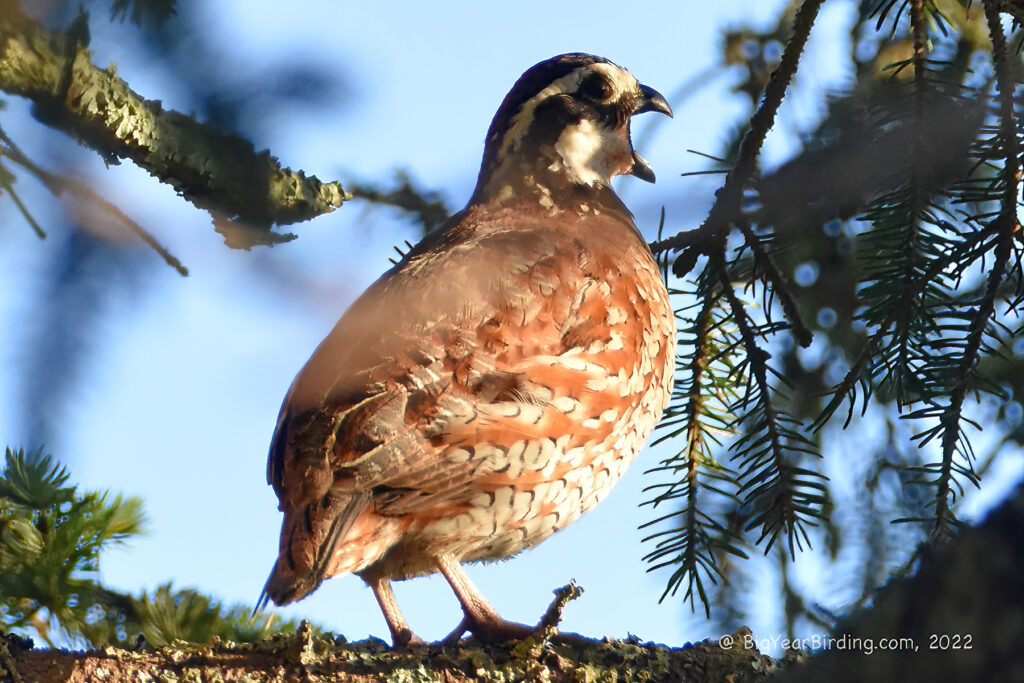 When Ingrid was young, some of her favorite memories were made on Cape Cod with her family.  They spent their summers and many a weekend at a vacation home a short distance from the beach.  She loves to tell me about riding bikes to the beach, ice cream, mini-golf and other family adventures.

I, on the other hand, picked tobacco as a kid, dragging my butt in hot dirty fields . . . but I digress.

Ingrid remembers Northern Bobwhites, a hen-like bird, walking around the yard, singing their “Bob-WHITE”, “Bob-WHITE” song over and over.  Bobwhites were in every yard and every field, as common as today’s Robins.  Their numbers were only matched by Eastern Cottontails, which munched on manicured lawns and landscaping.

Then about 30 years ago, the Eastern Coyote arrived on the Cape and within a decade, the Bobwhite and Cottontails were almost gone as the 40 pound carnivores devastated the bird and rabbit populations.  The Northern Bobwhite and Eastern Cottontails had few natural predators and were easy for the Coyotes to catch.

When their favorite prey was gone, the Coyote population crashed and slowly the Bobwhite population has begun to recover.  As for the rabbits . . . they are everywhere.

While visiting the Cape this week, Ingrid and I went to a location in Eastham where Bobwhites were being reported.  Ingrid heard one calling as soon as we left the car.  I stood within a few feet of a singing bird for 20 minutes (“Bob-WHITE”, “Bob-WHITE”), unable to see him.  Finally he flew, and I saw my first Cape Cod Bobwhite. 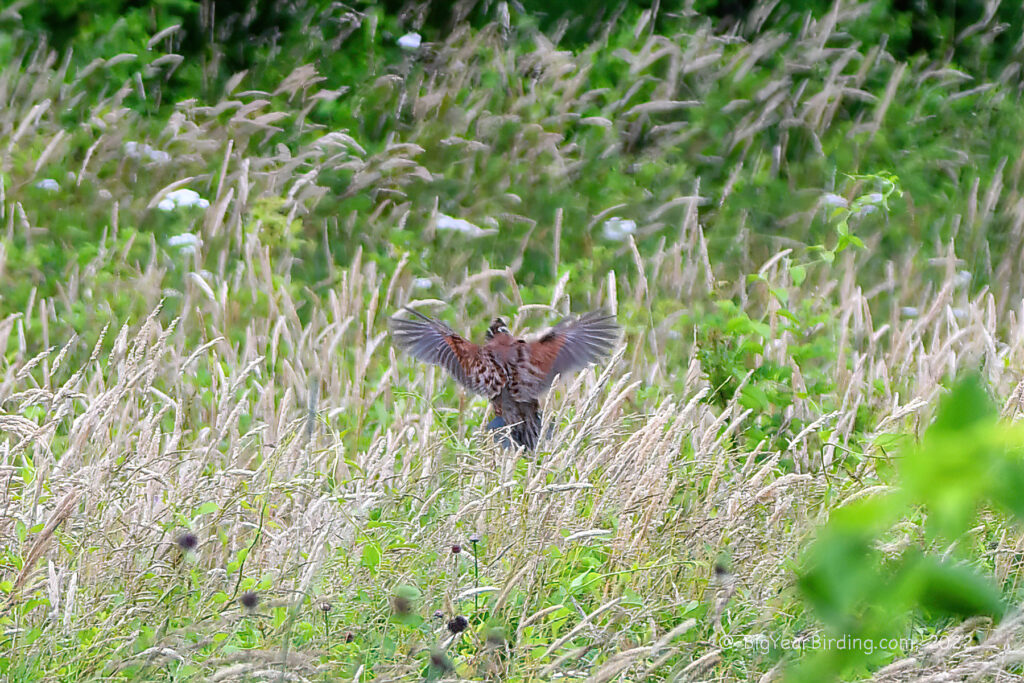 When we returned to our Airbnb, we went out to photograph a Cottontail for this post.  While walking through a residential community, we heard a 4 year old yell, “There’s a bunny!!!” And sure enough an Eastern Cottontail was chowing down on clover on the yard across the street.  The rabbit quest had taken us 30 seconds! 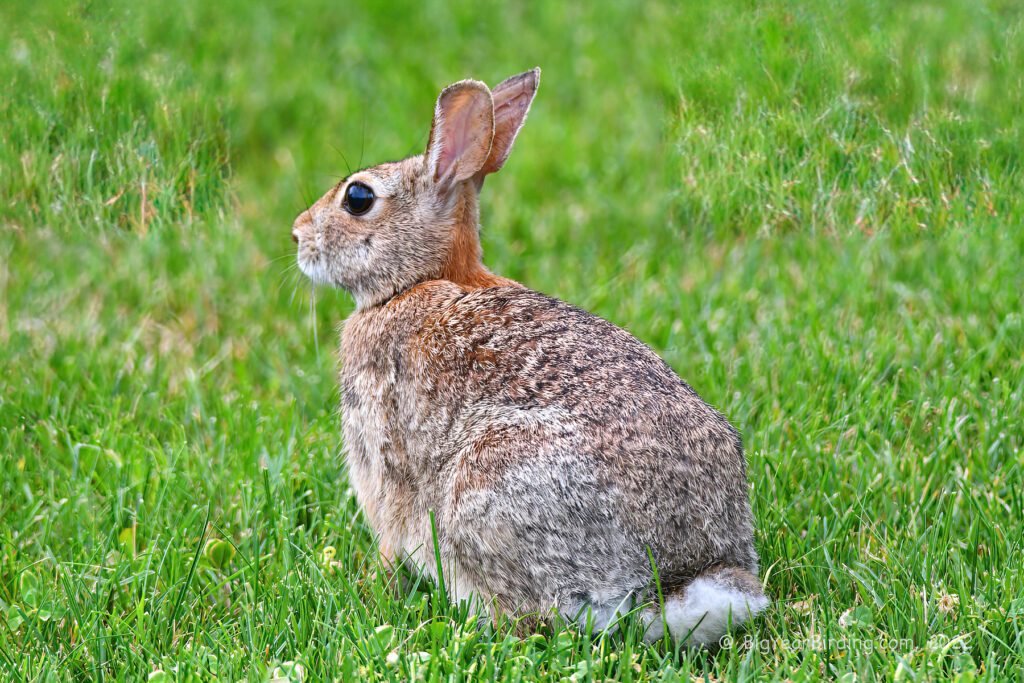 Whenever we visit the Cape, we always stop at the Birdwatcher’s General Store, in Brewster . . . in our humble opinion . . . the best birding store in the country!  We were thrilled to find our book “Every Bird in Maine” on the shelves. 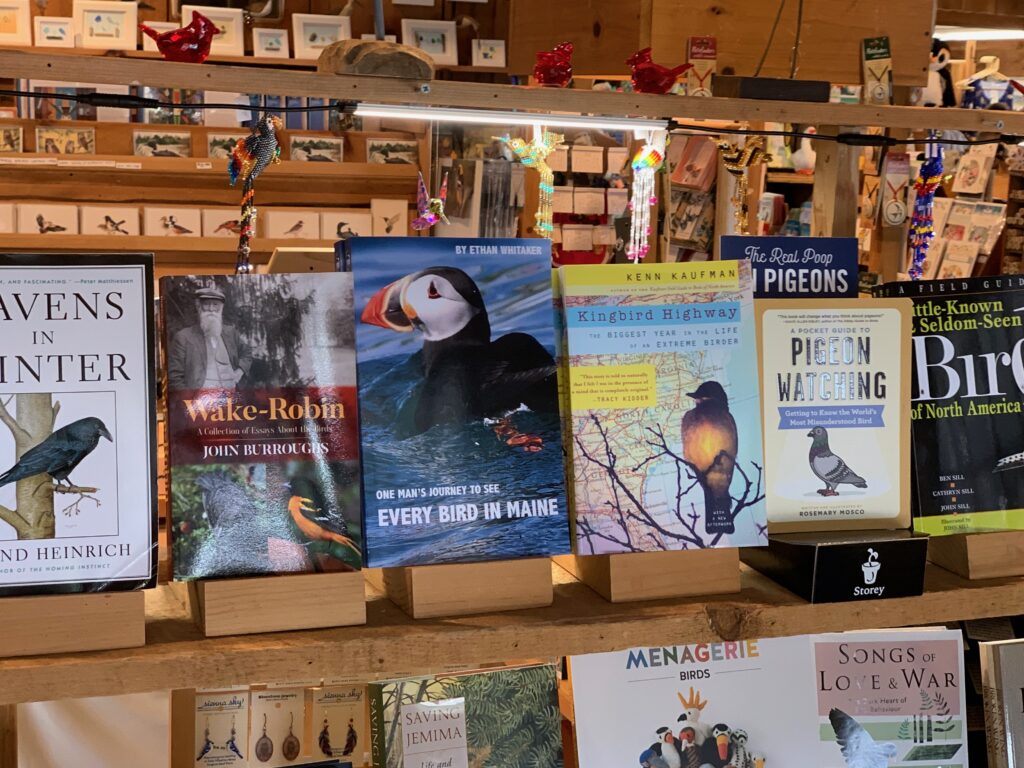