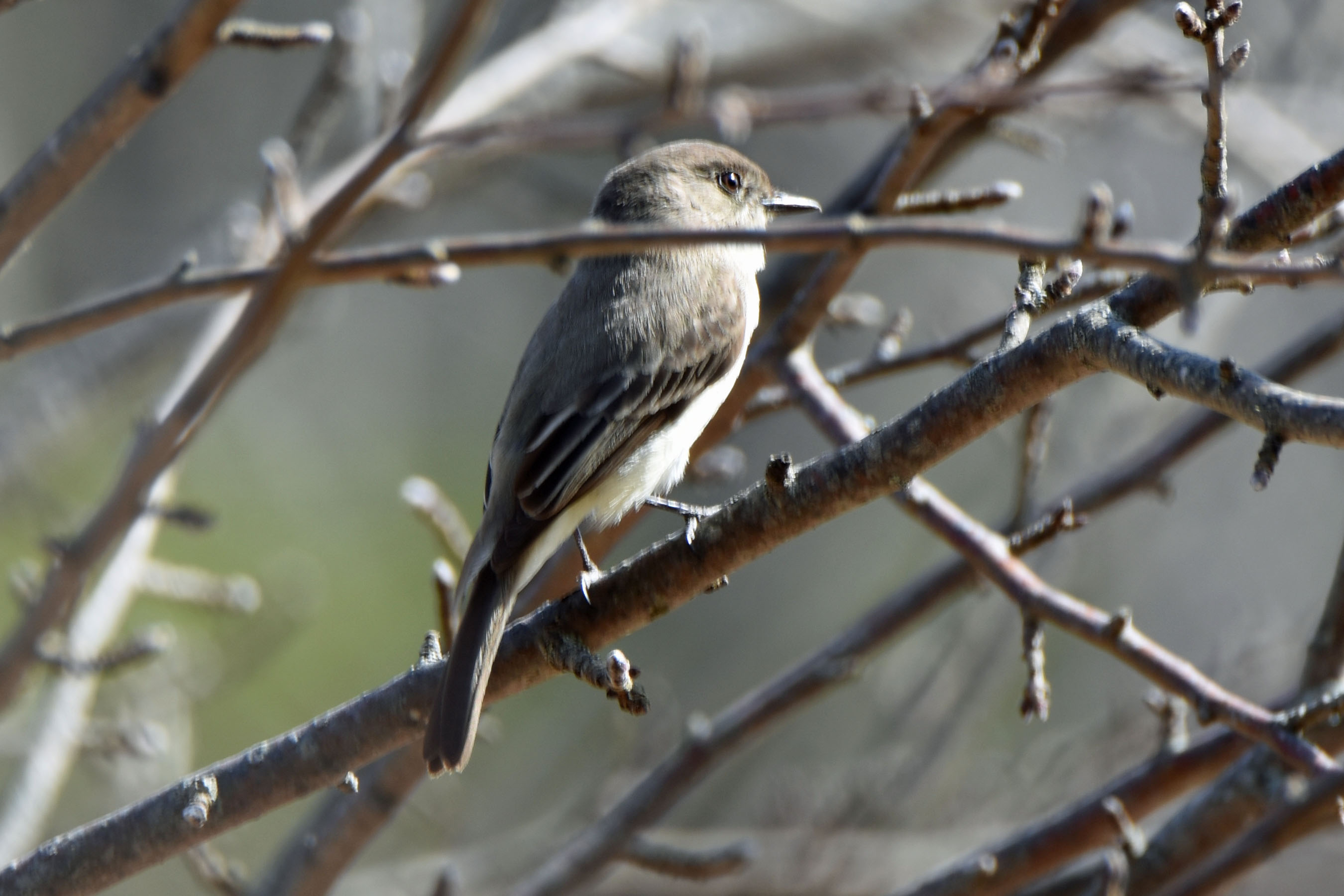 Last year, Ingrid and I saw our first Phoebe on March 23. In 2017, we didn’t see our first one until yesterday (I’ve seen a half dozen since then).

Obviously the Phoebe’s migration was slowed by the cold weather that we’ve been complaining about on these pages.