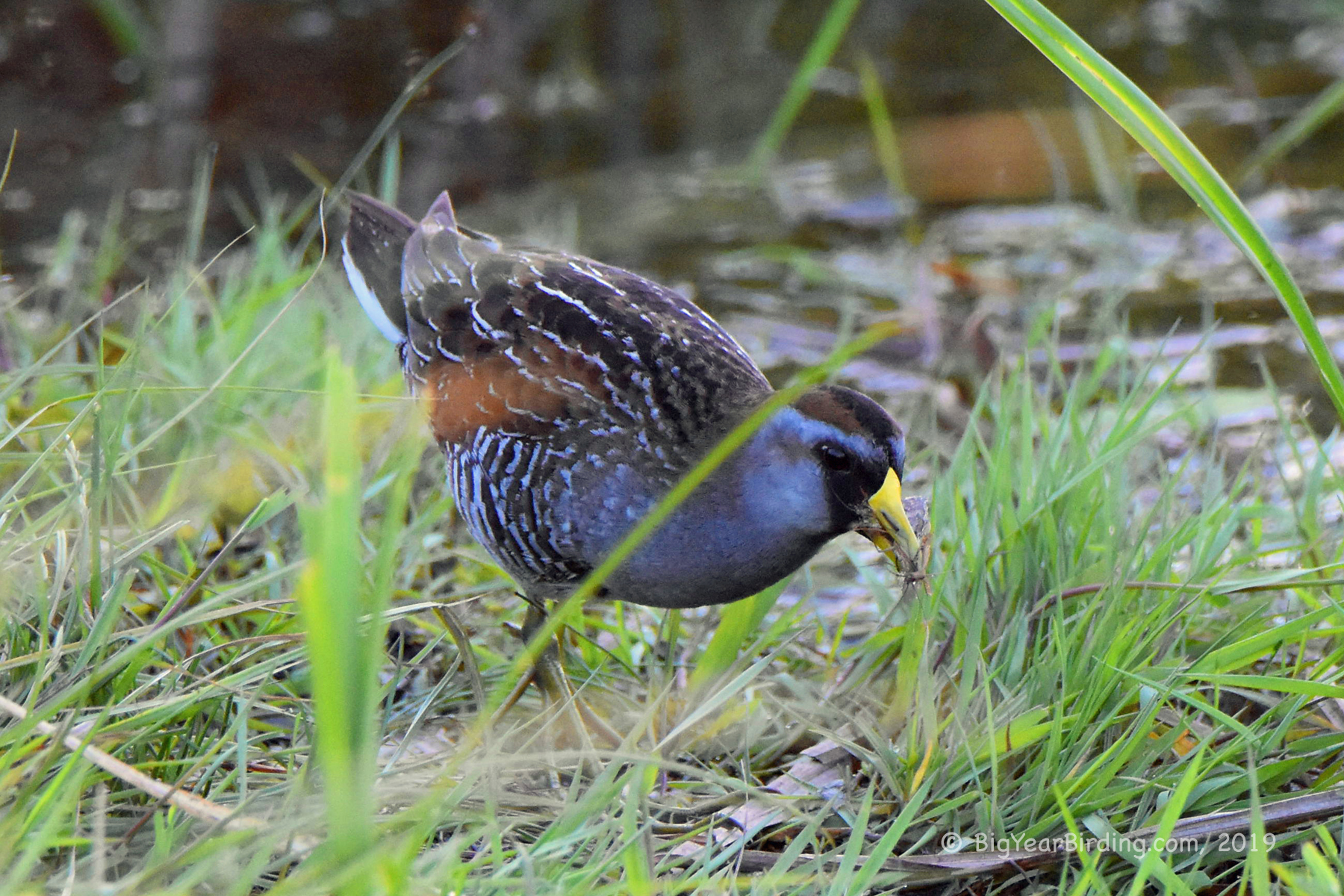 The late Spring and lots of traveling left the old homestead in desperate need of some tender loving care so Friday, Saturday and Sunday were dedicated to yard work; putting in window screens and just a little relaxing.

Finally after dinner on Sunday evening I snuck over to great Salt Bay in Damariscotta to try and get the Marsh Wren and Olive-sided Flycatchers being seen their recently.

As expected I was greeted by chattering of Bobolinks and quite a few Yellow Warblers.

Upon arriving at the pond I quickly heard the Marsh Wren (although it had some competition from Grey Bull Frogs who can be deafening at sunset) and got some photos. 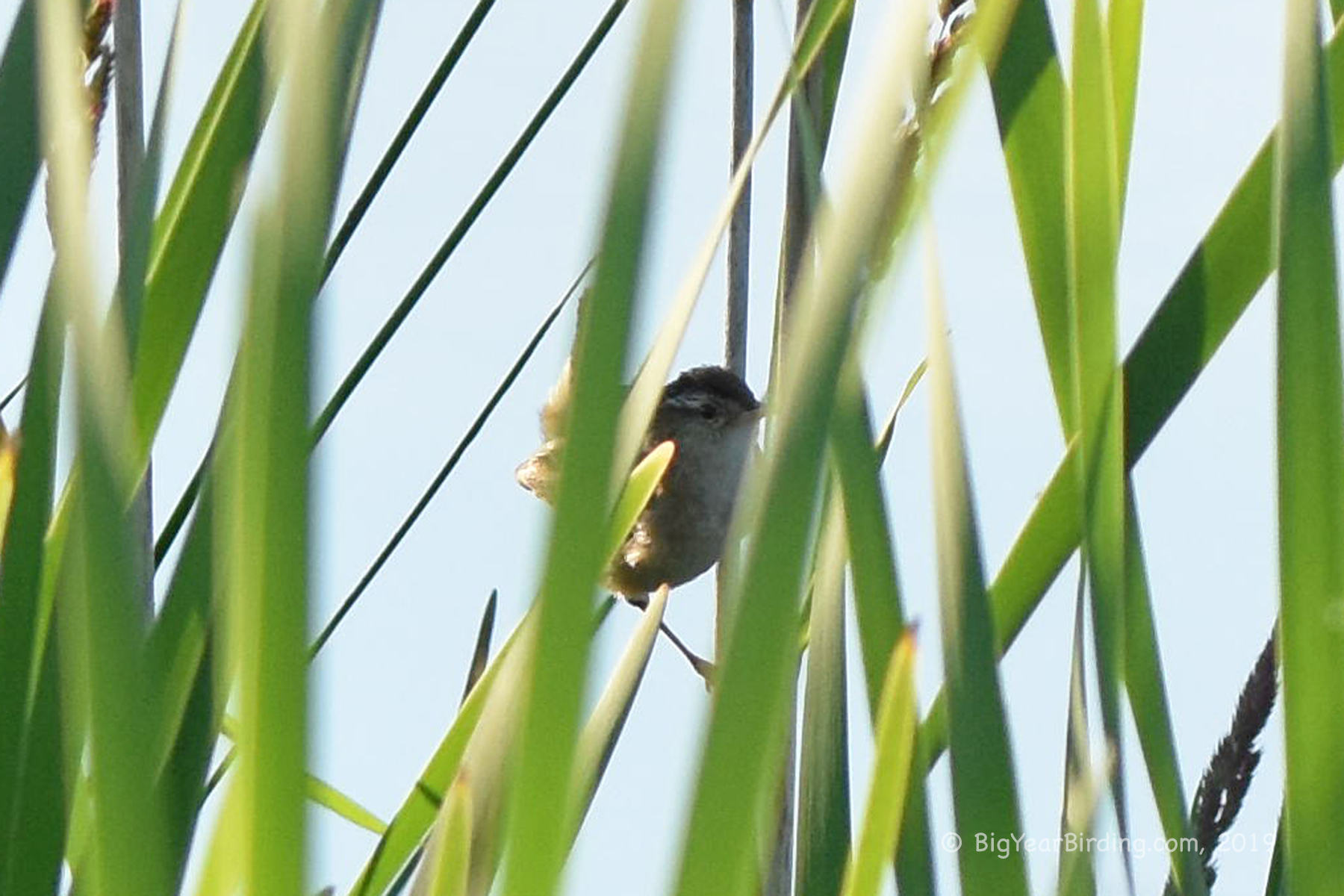 I then made the climb up and around the pond to the opposite side where I had picked up an Olive-sided Flycatcher last fall when two Rails flew up out of the reeds flew for a few seconds and then dropped back down.  No time for binoculars, much less the camera, but I’m pretty certain they were Virginia Rails . . . lifers.

I retraced my steps to the Marsh Wren location where I could get a good binocular scan on the Rails . . . but never could get a fix on them again.  A few times I thought I saw something moving in the reeds but nothing emerged.  I decided that not to put the Virginia Rails on my life list yet . . . maybe I’ll get them for real tomorrow.

As I was about to leave I heard I heard something calling from the reeds not 20 feet away.  I recorded the sound and ran it through Song Sleuth . . . and it was a Sora . . . a secretive bird that Ingrid and I had only seen once before (four years ago on a restricted Island run by the National Audubon).

For the next 35 minutes I stood in place and waited for the Sora to come out and my patience was rewarded.  I got some nice photos of a male or female collecting nesting material.

Two FOY birds and and an uncounted lifer . . . not a bad Sunday evening. 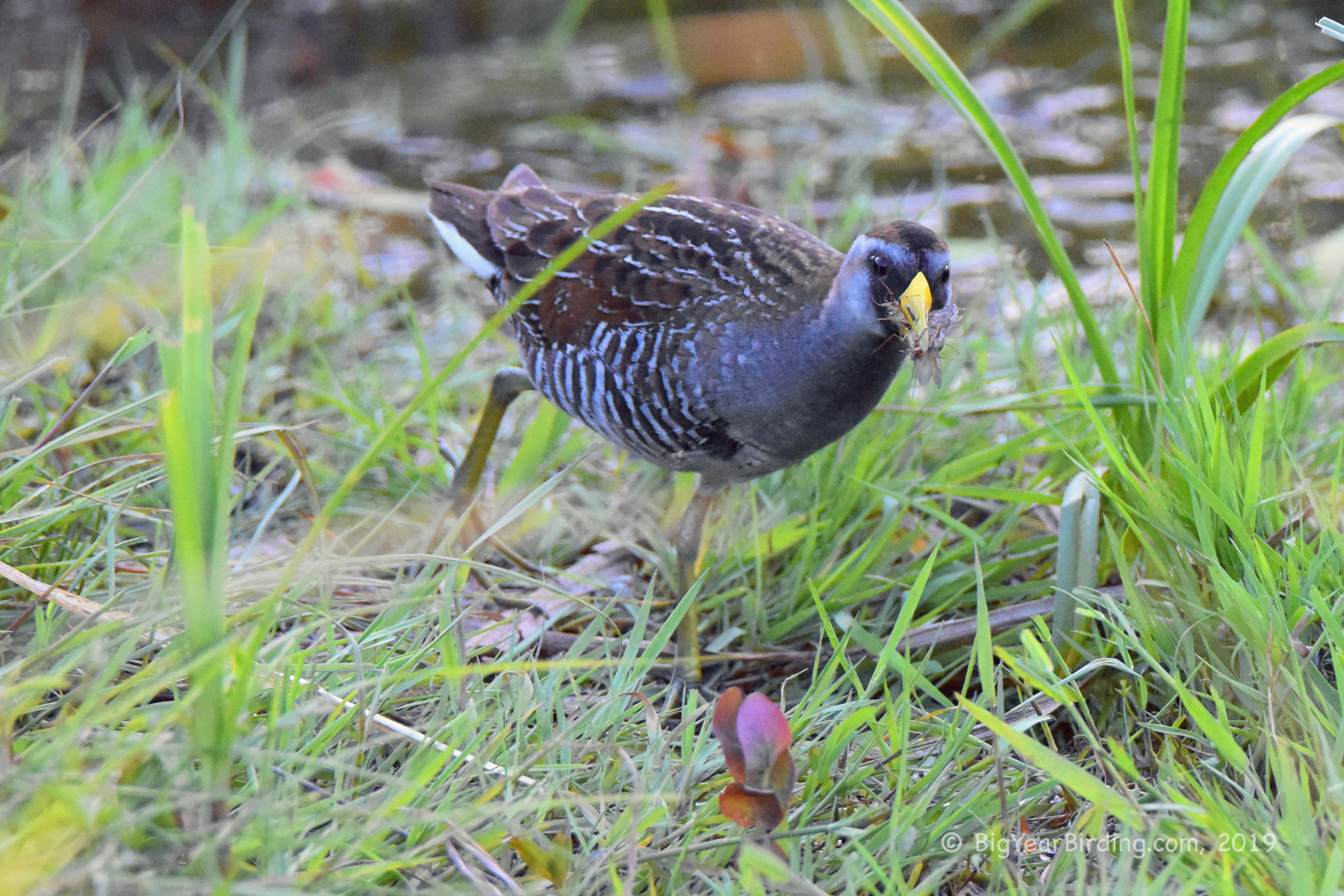