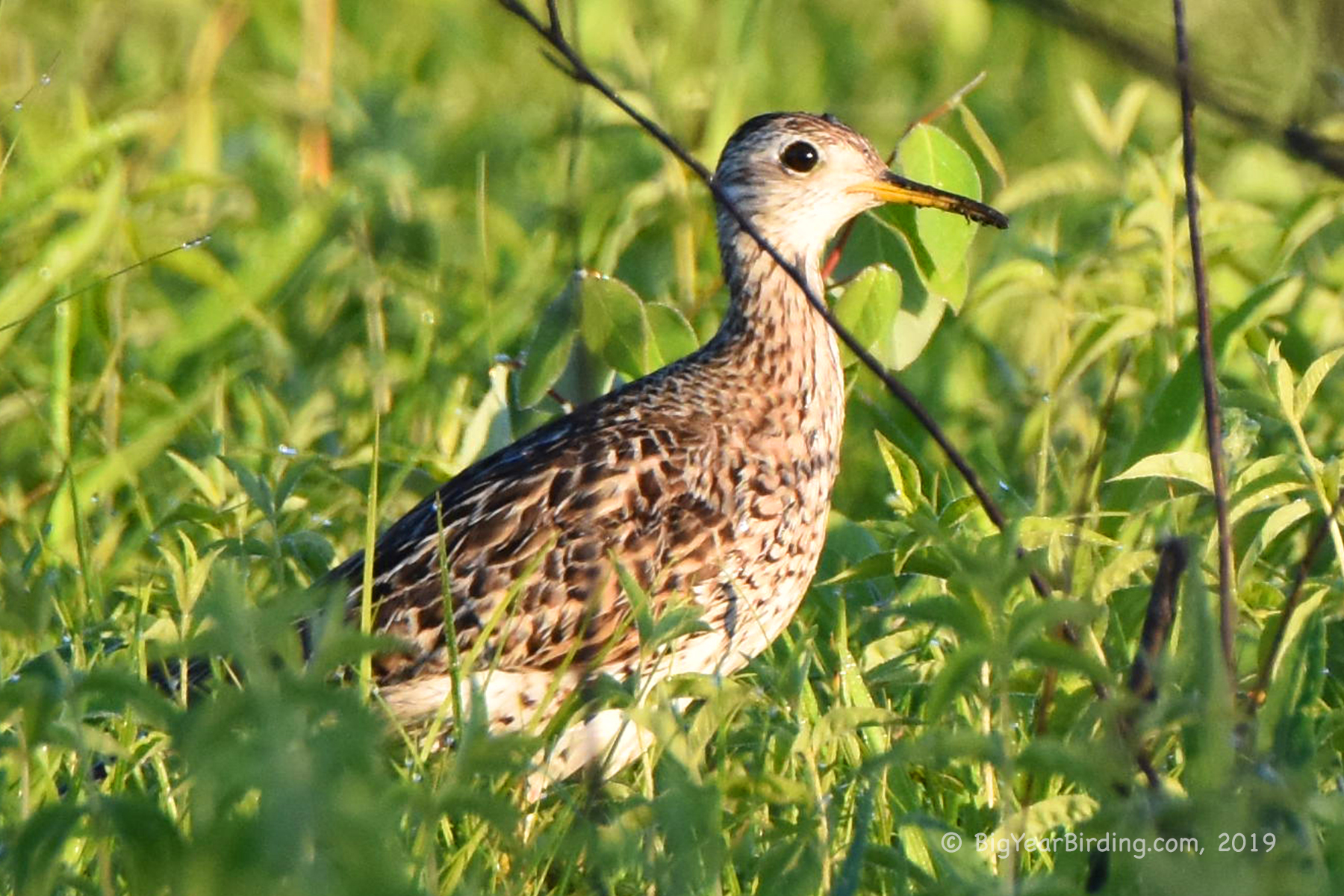 Inexplicably, my boss scheduled a meeting for 7:30 am which kind of through a wrench into my plans to bird at Kennebunk Plains before work . . .  a natural grassland about 40 minutes away.

My target bird was the Upland Sandpiper . . . a summer resident of the grasslands of the Great Plains but only found in Maine where natural grassland allow for their nesting and grazing . . . it’s a Sandpiper that has not interest in the shore.

About fifteen minutes after arriving I strolled past a pair that was covorting near a side path and didn’t seem too concerned by me.  I managed to observe and photograph them for five minutes before they flew off. 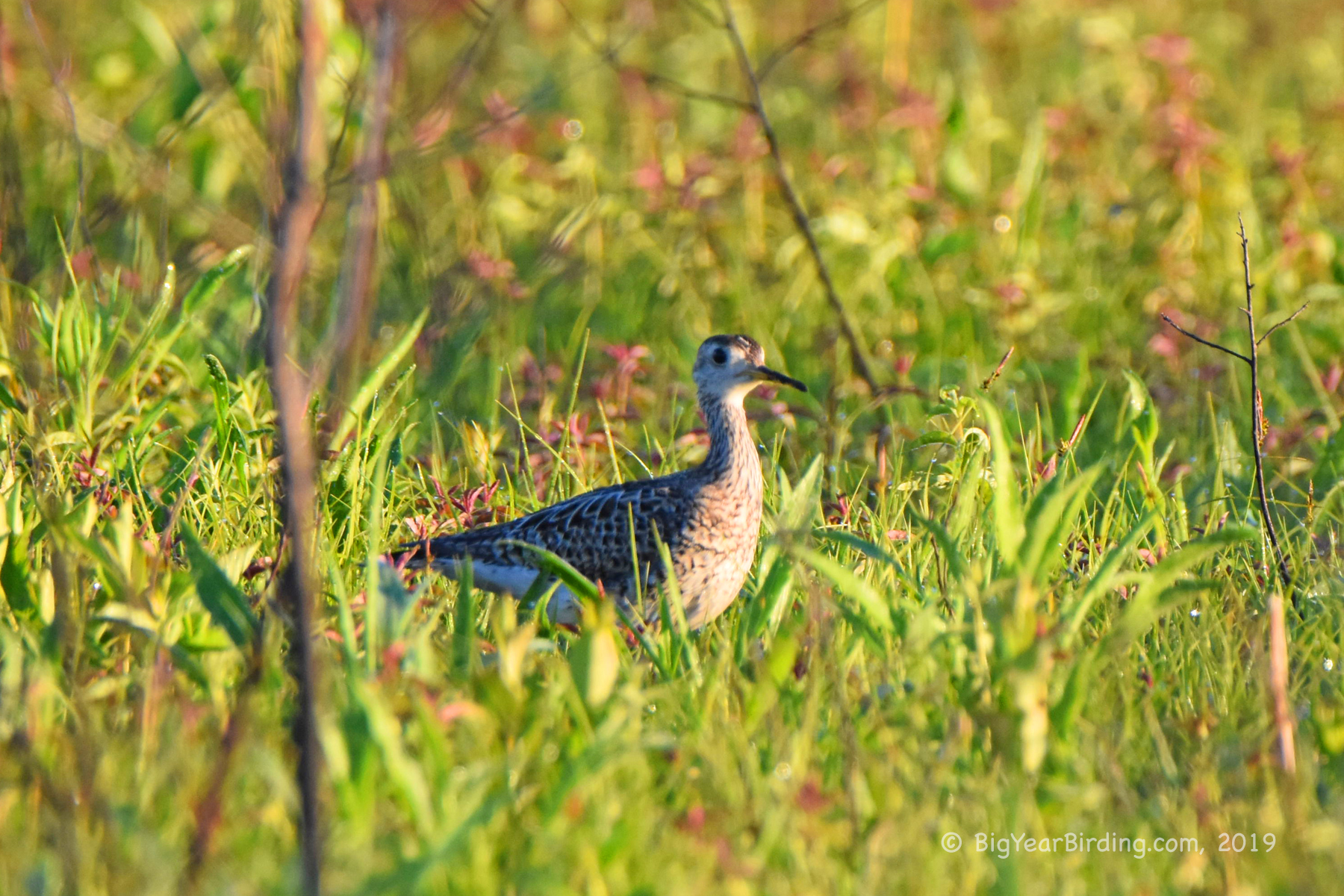 Other first of the year birds . . . a Brown Thrasher and a Grasshopper Sparrow.  I had hoped to get a Clay-colored Sparrow  . . . while I may have heard a few . . . couldn’t make a positive identification. 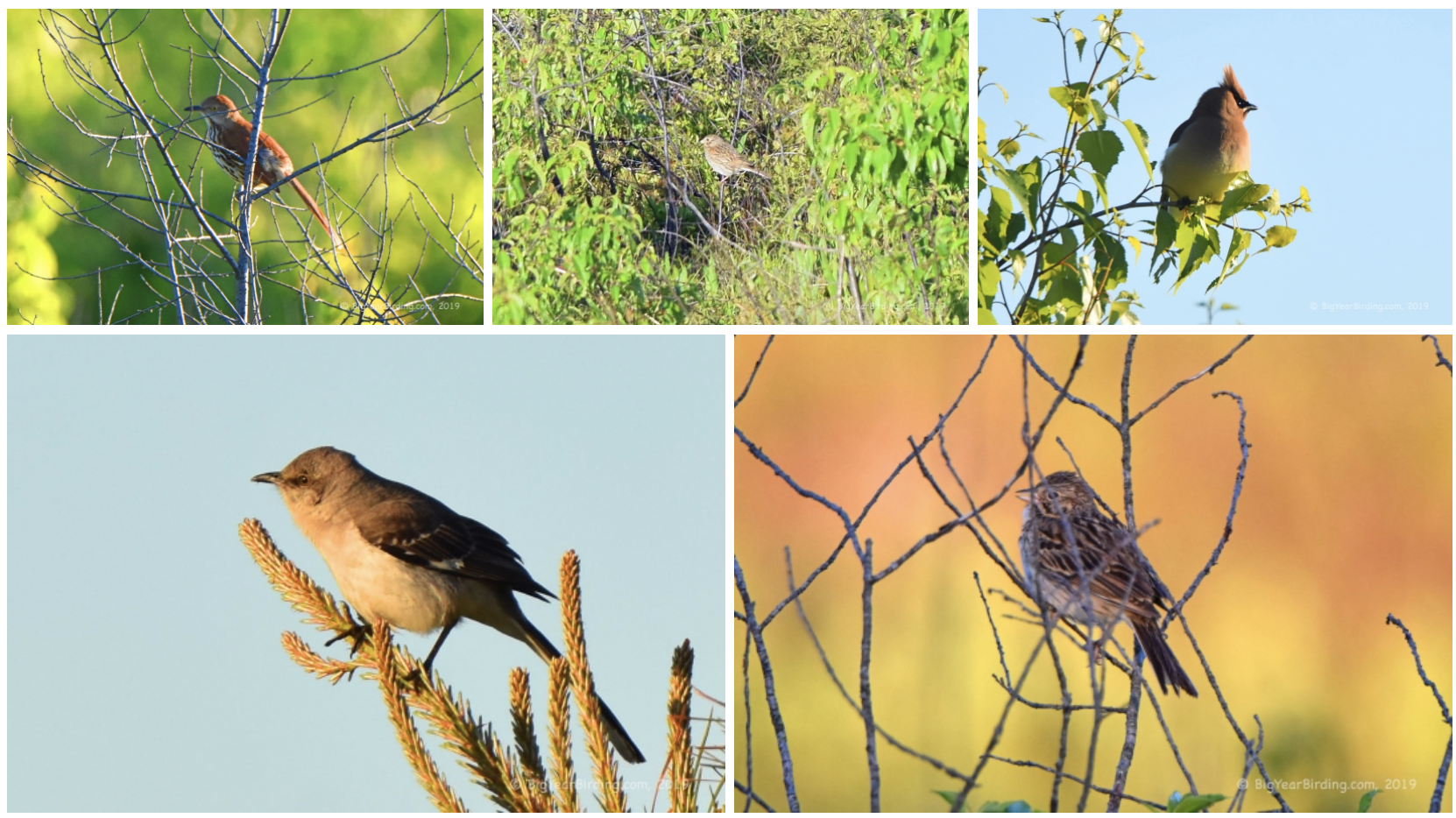