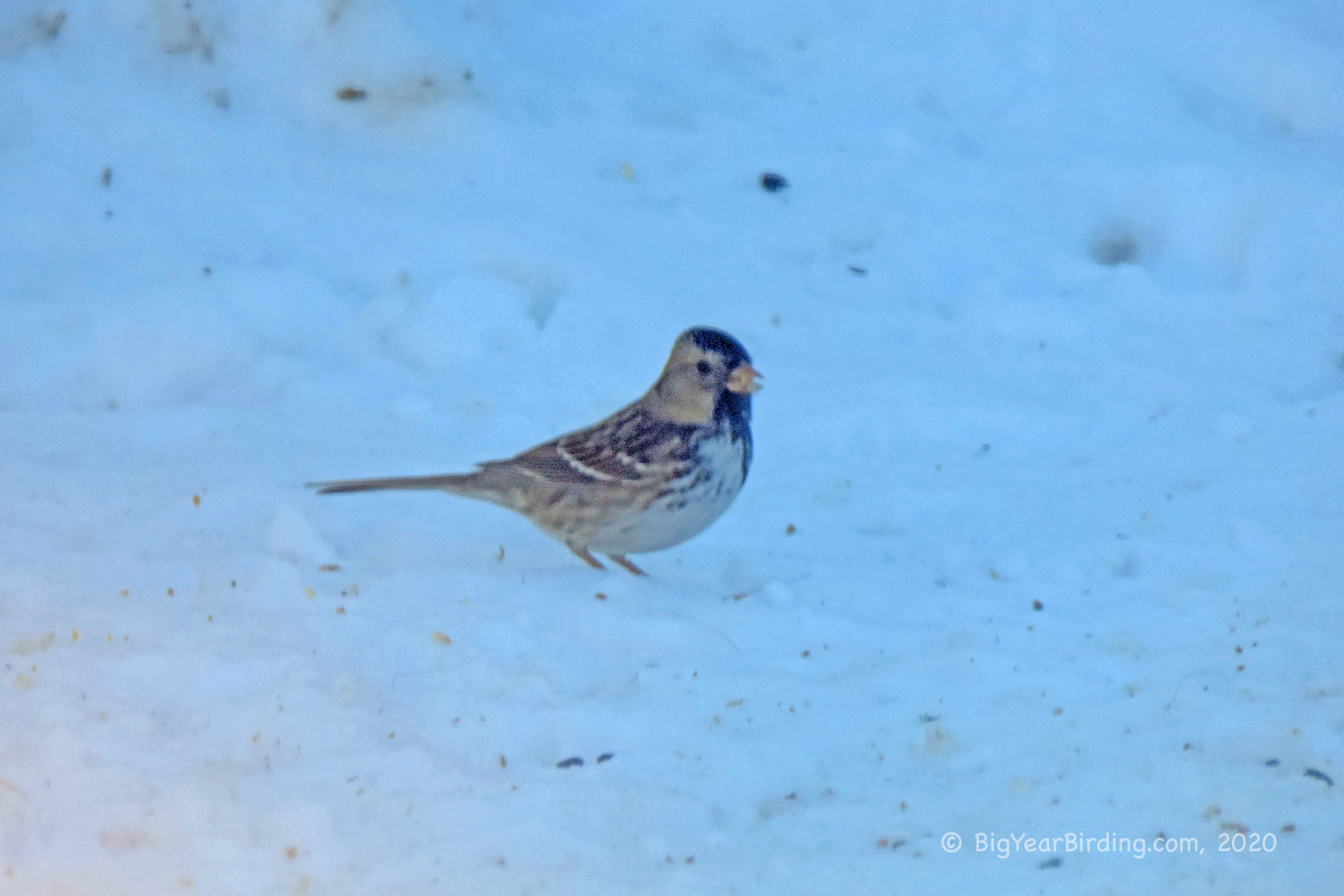 This winter, the Birding Capitol of Maine is at the bird feeders of Carol Belanger, a retiree in Levant, Maine (population 2,851).  Back in December, her husband (a non-birder) noticed something unusual on their feeders.  Carol took some photos, posted them on the Maine Birds Facebook Page . . . and within a few hours consensus declared it a Harris’s Sparrow.

The Harris’s Sparrow breeds in the Arctic and winters in Texas and Oklahoma. It does not belong in inland Maine during December or January or February.  In fact, there have been only four Harris’s Sparrows ever reported in Maine . . . and they never stuck around for three months.

It’s been a busy winter for me and Ingrid, and this week I finally had time to make the two hour trip to Levant.  I contacted Carol asking if I could visit, and she quickly wrote back with directions and info.

Ingrid had a school paper to finish, so I kissed her goodbye and headed north to a town I had never heard of before the Harris’s arrival.

Arriving around 7:30 am, Carol invited me into her kitchen, and we chatted for an hour before the bird arrived.  I snapped a handful of photos and thanked Carol profusely before heading to the University of Maine at Orono for a little more birding.

Carol has hosted dozens of my fellow birders in the previous weeks.  Imagine inviting complete strangers into your home for an indeterminate wait . . . birders are the best people!!!