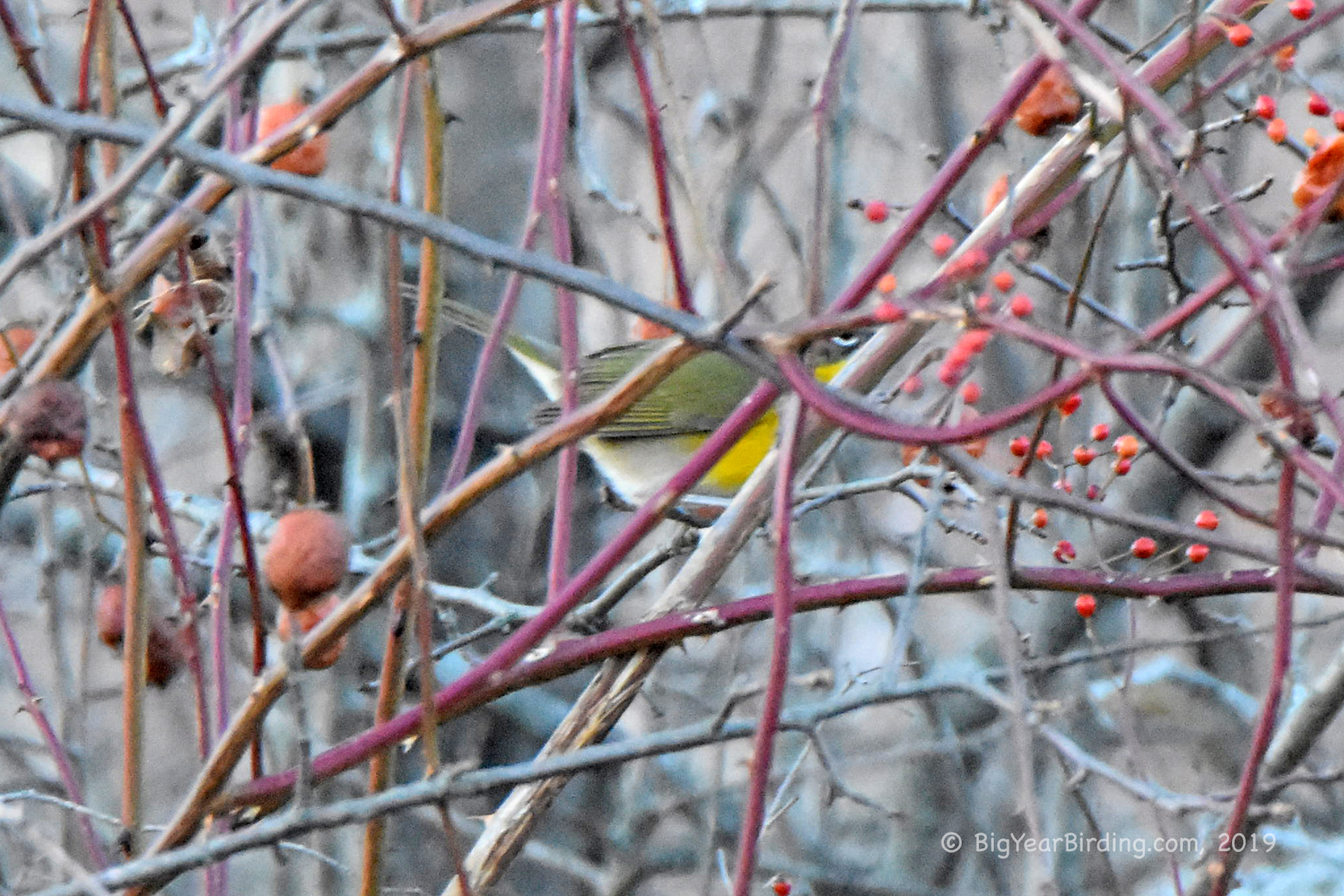 This morning I spent two hours looking for the Yellow-breasted Chat, that has been seen in Capisic Pond in Portland, Maine.  Two or three Chats show up in Maine each year . . . Ingrid and I saw one back in 2015 on Monhegan Island.

The bird was seen early this morning, just before I arrived . . . and I waited with other birders for it to emerge out of a thicket . . . it never did.  Several waves of birders came and left but no Chat.

Finally I decided to drive a half hour south to Ogunqit, Maine to try for a nemesis bird . . . the Purple Sandpiper.  After a dozen tries spotted a half dozen of them at a distance on wave swept rocks. They would run down and feed in the seaweed until a wave would come in . . . where upon they’d run up on top of the rock until the wave would recede . . . and do the whole thing all over. 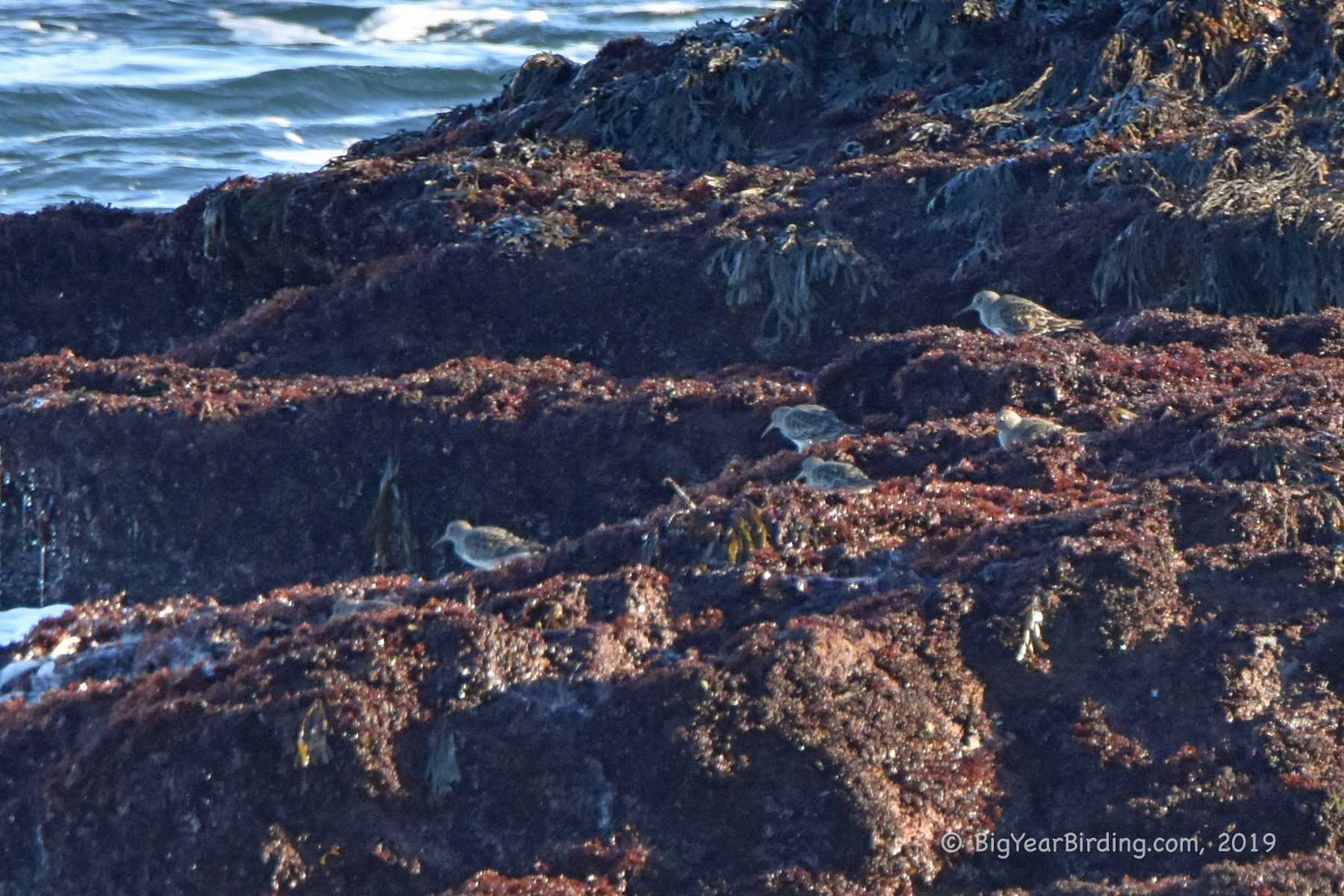 I then hurried back to Capisic Pond to take another crack at the Yellow-breasted Chat before it got dark . . . but this time as I arrived the Chat flew to the top off a tree in the thicket and was visible for about a minute