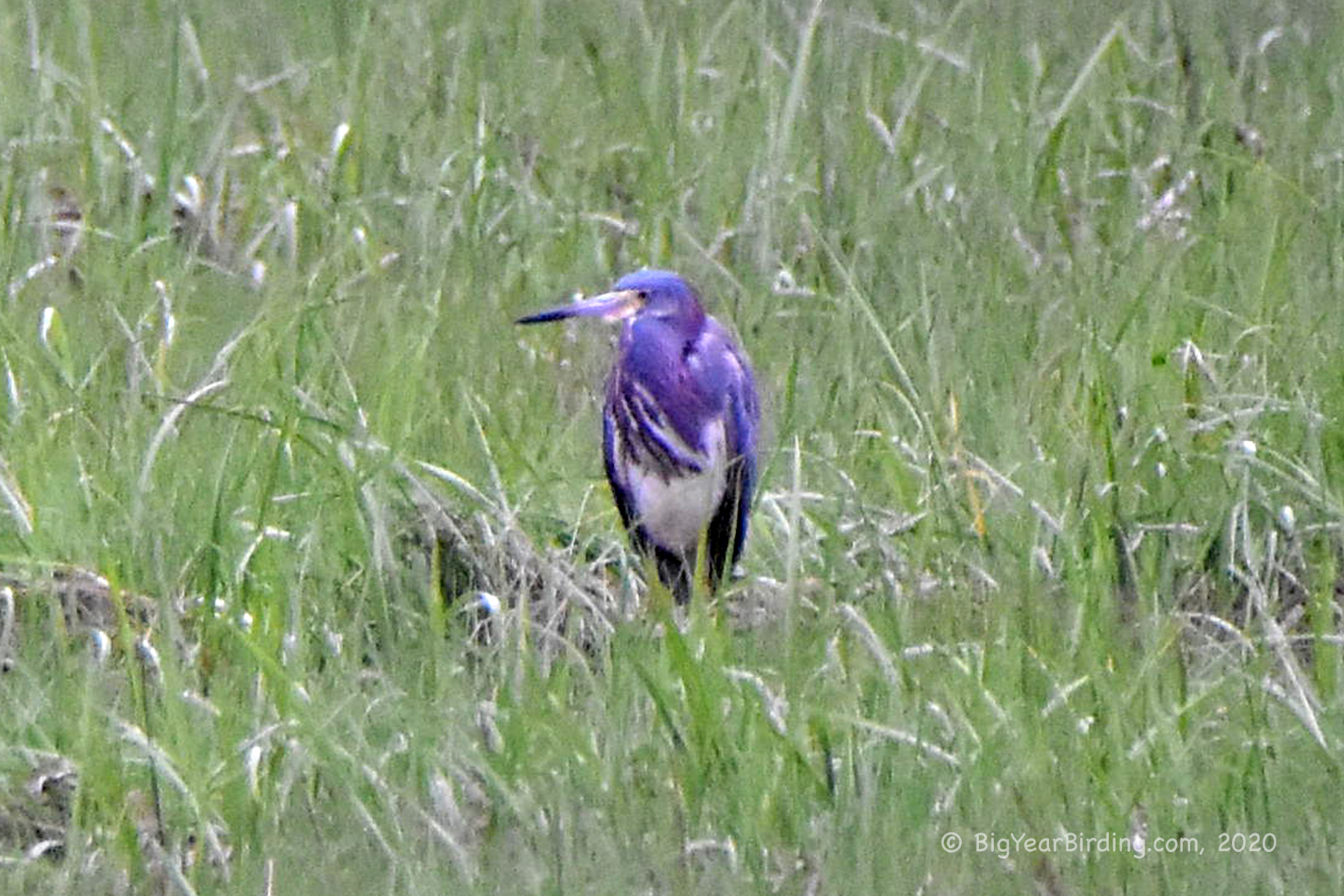 Off and on this spring, a Tricolored Heron has been seen in the saltwater marshes south of Portland, Maine. Rarely seen north of the Carolinas, the TCN is a real catch.

Unfortunately, this particular bird is not very cooperative. One day he’ll be in the Spurwink Marsh in Cape Elizabeth; the next day at Scarborough Marsh; then the Pelecro Building; and then disappears for a week.

So on Tuesday morning I drove to Scarborough Marsh hoping for the Tricolor and perhaps the equally elusive White-faced Ibis.

I reached the large salt panes at 6:00 am at the end of the mile long Eastern Road. There I spent 15 minutes scanning the ducks, egrets, ibises, blackbirds and sparrows that love this particular spot, hopping for something unusual . . . and I got it: a pair of Pintail Ducks who should be nesting around the Hudson Bay right now.

Finally, I decided to break the awkwardness and asked them if they had seen the Pintails and showed them how to find them. They talked excitedly among themselves but never thanked me or acknowledged my presence. Knowing when I’m not wanted, I headed back to the car.

A couple hundred yards back, I setup my scope and did three concentric 360 degree circles of the marsh hoping for the Tricolored Heron and there he was, in the high grass north of Eastern Road.

Birding etiquette says I should have gone back told “my friends” back at the panes about him . . . but under the circumstances I said f**k em.