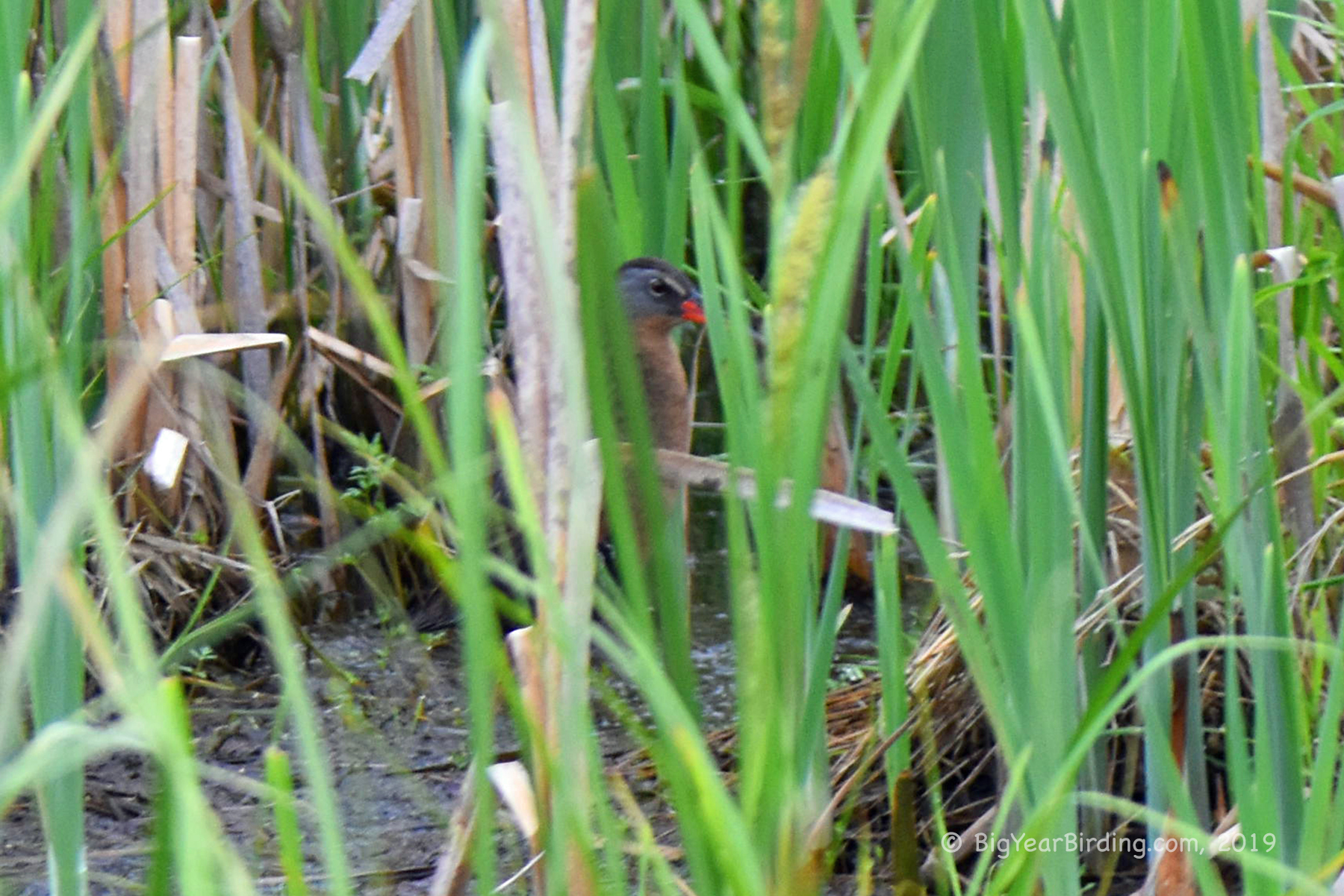 A couple days ago I thought I saw a couple Virginia Rails fly up out of some reeds at Great Salt Bay . . . a near by birding spot.  It was a brief glance, would have been a lifer and I decided not count them and try to confirm the sighting later.

This morning at sunrise, with a heavy storm imminent, I tried again.

After scanning the area where I had see the “possible Virginia Rails” with binoculars for a bit, I circled around the pond and approached the spot from the rear.

I played a Rail call a couple times on my phone  and put it back in my pocket and was surprised to hear the exact same cadence being “played” back to me 50 feet away.

I stumped down the hill . . . through pricker bushes and boggy soil until I saw them . . . two  Virginia Rails moving through the reeds.  I was quite close and they were clearly startled . . . I snapped a few photos and headed back up the hill.