Common Murres but No Tropic Bird

On July 12, 2005 a strange bird was sighted off the cold ocean waters of Deer Isle, Maine . . . a Red-billed Tropicbird. This bird should have been nesting on the Galapagos Islands or moving through the warm waters of the Virgin Islands or Panama. 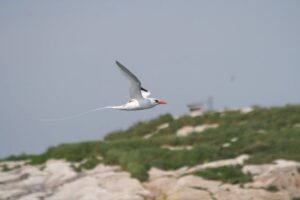 For the next 15 this same Red-billed Tropicbird would arrive on a Maine off-shore island, setup a burrow and thrill boaters or researchers who are lucky enough to spot this celebrity bird.

This year, in the spring of 2020, “Tropi”, as he his known, once again arrived on Seal Island for his “Summer Vacation”.

Yesterday, Ingrid and I took a boat out of Stonington, Maine hoping to see this famous, but often elusive bird.

Stonington is the birthplace of much of the granite that built the Empire State Building and many other famous landmarks constructed before the advent of concrete and steel. Its also a classic Maine fishing village and more lobster is landed each year in Stonington that anywhere else in the world.

On the ride out we made a brief stop on Isle au Haut, an island where Ingrid and her daughters have vacationed on numerous times over the years.

The next hour was spent motoring against the wind toward Seal Island and looking for Shearwaters, Gannets or anything . . . but it was nothing a cold, wet, bumpy trip . . . no birds.

Then Seal Island came into sight and we could see movement (i.e. birds) . . . could “Tropi” be one of them?

Immediately the air was filled with panicked terns as a Parasitic Jaeger came in, looking for some lunch dining.

Then our eyes were drawn to everyone’s favorite clown bird, the Atlantic Puffin and there were hundreds swimming, feeding, flying, perching and playing.

And through the maelstrom of terns and puffins, Ingrid and I began the process of finding the more unusual birds and scanning the island, the air and the sea for the Tropicbird.
Ingrid found the Razorbills:

And I found the Common Murres:

The boat captain found us the only Great Cormorant nesting sight in Maine.

After an hour of excited birding it was time to head back and realize that we would have to wait another year for our “Tropi” sighting.

On the way back to Stonington we saw five Northern Gannets, one of our favorite seabird. 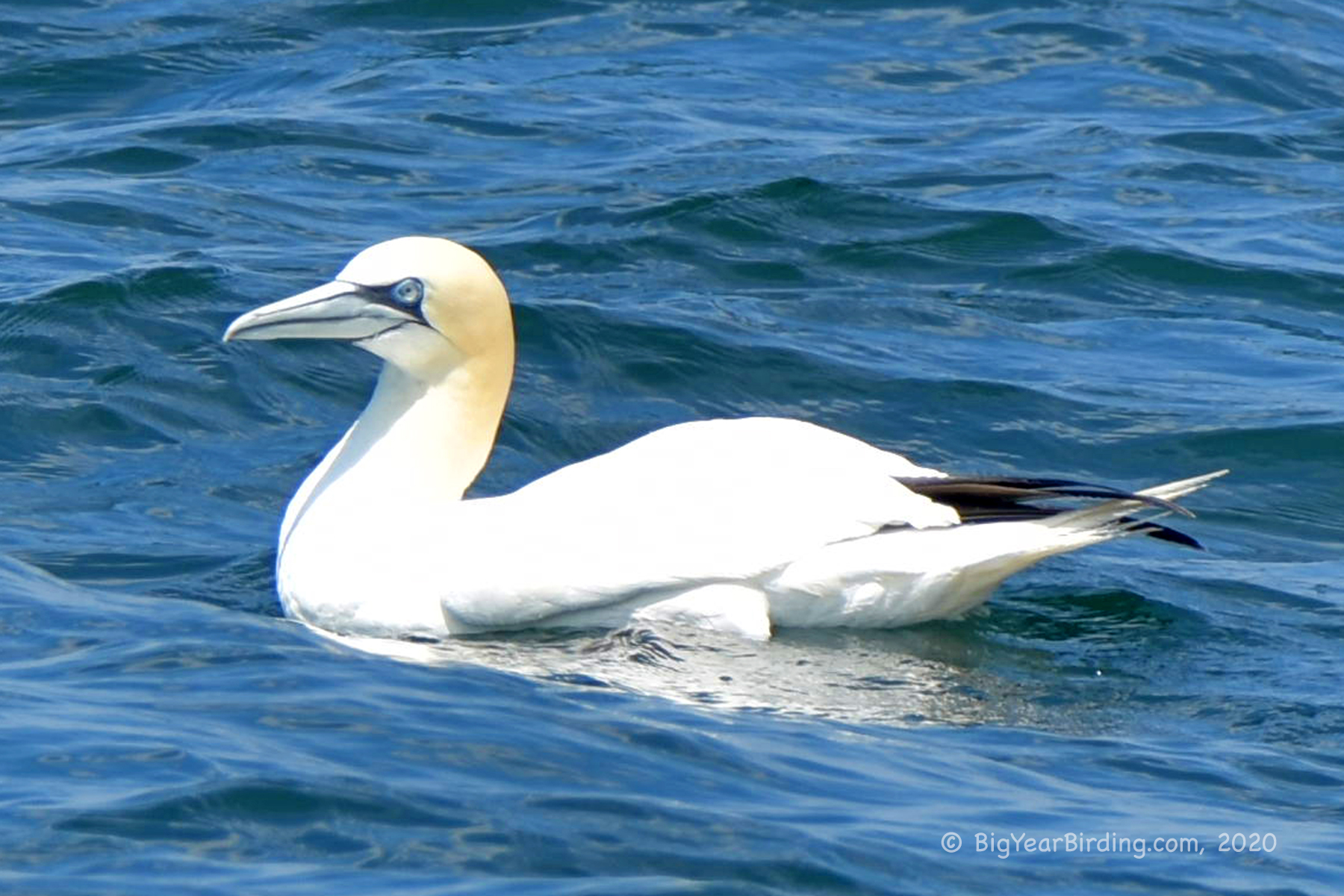