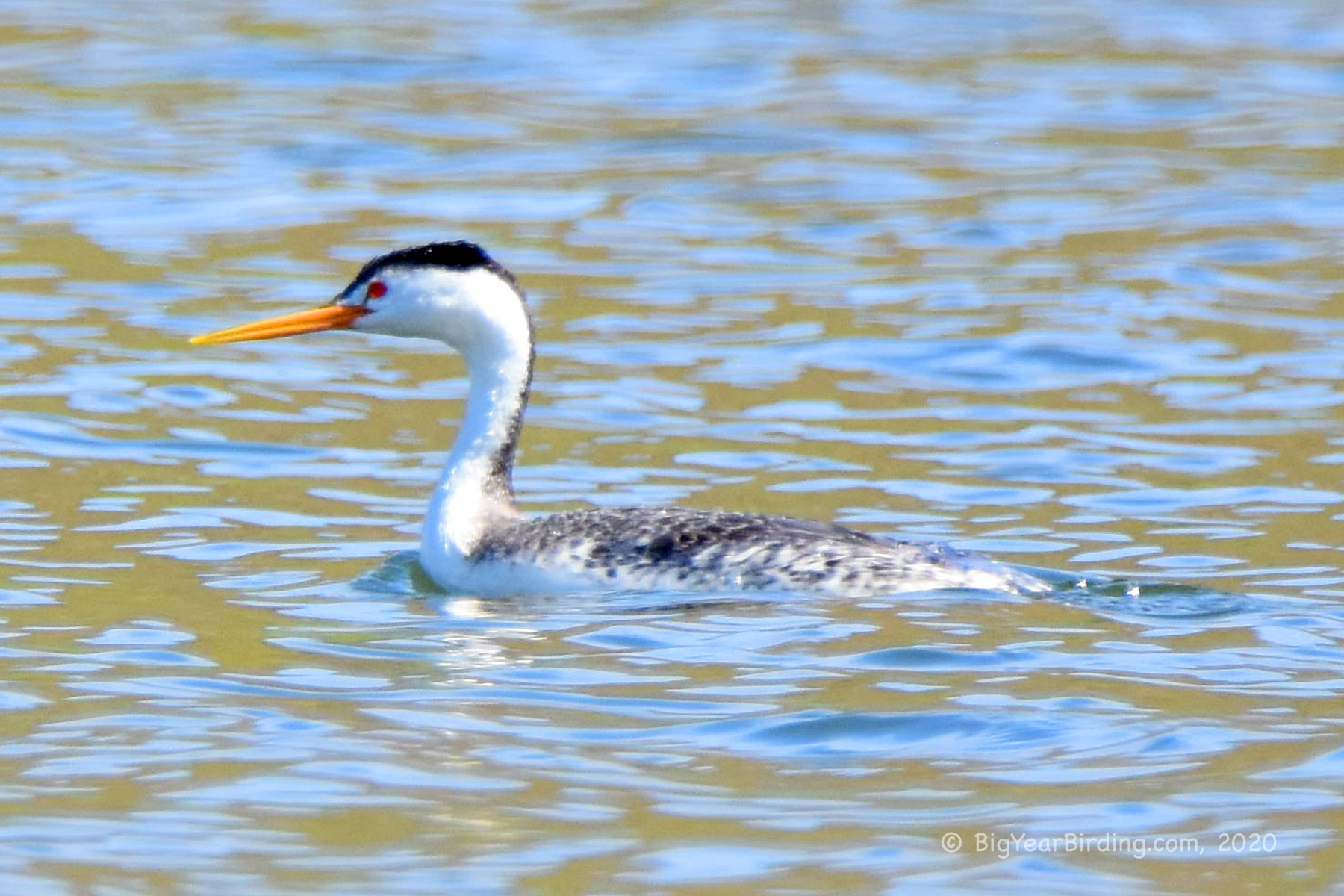 This morning was a hot, muggy, and lazy Sunday morning here on the coast of Maine. COVID-19 has limited the usual influx of summer visitors but we were joined by Ingrid’s daughter and her girlfriend on Saturday and looked forward to a day of boating and eating too much.

I got up early and was reading the Sunday Paper Online when I noticed a comment at the bottom of an article on rare birds in Maine. The blurb spoke of a Clark’s Grebe being seen on a pond in central Maine. A Clark’s Grebe is a bird of the southwest with only one recorded sighting in Maine (2005).

I apologized to Ingrid and said I’d be back as soon as possible and headed north for Togus Pond . . . a beautiful Maine lake known for its large Common Loon population.

The bird had been seen near some cottages on the north-side of the lake but I didn’t think driving down camp roads was going to be a productive way of finding the bird . . . so I headed to a causeway on the south-end . . . with an expansive view of the entire lake.

My approach seemed to be logical as two of the best birders in the State were set up with their scopes and helped me see the bird near cottages on the north shore. I admit my view was much less inspiring than the Clark’s Grebe we had seen in Arizona (photo above) last year. Still to see such an unusual bird in Maine was great.