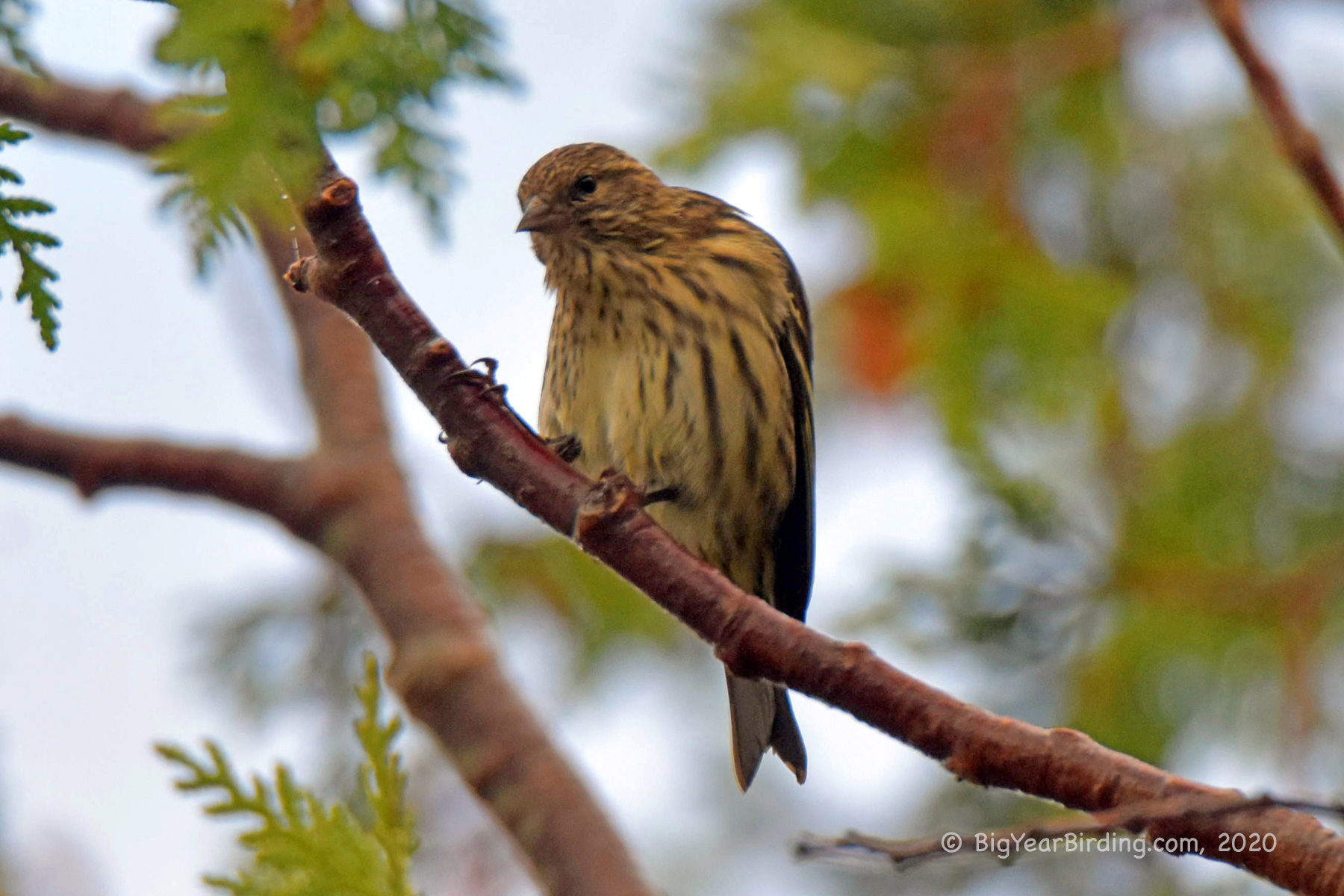 During the winter of 2017, our bird feeders were invaded by hundreds of Pine Siskins.  These birds look so much like gold finches that if they had visited before I got the birding bug . . . I may never have noticed but in 2017 I realized it was something special.  The last one left in May and Ingrid and saw a grand total of two Siskins over the ensuing three years. 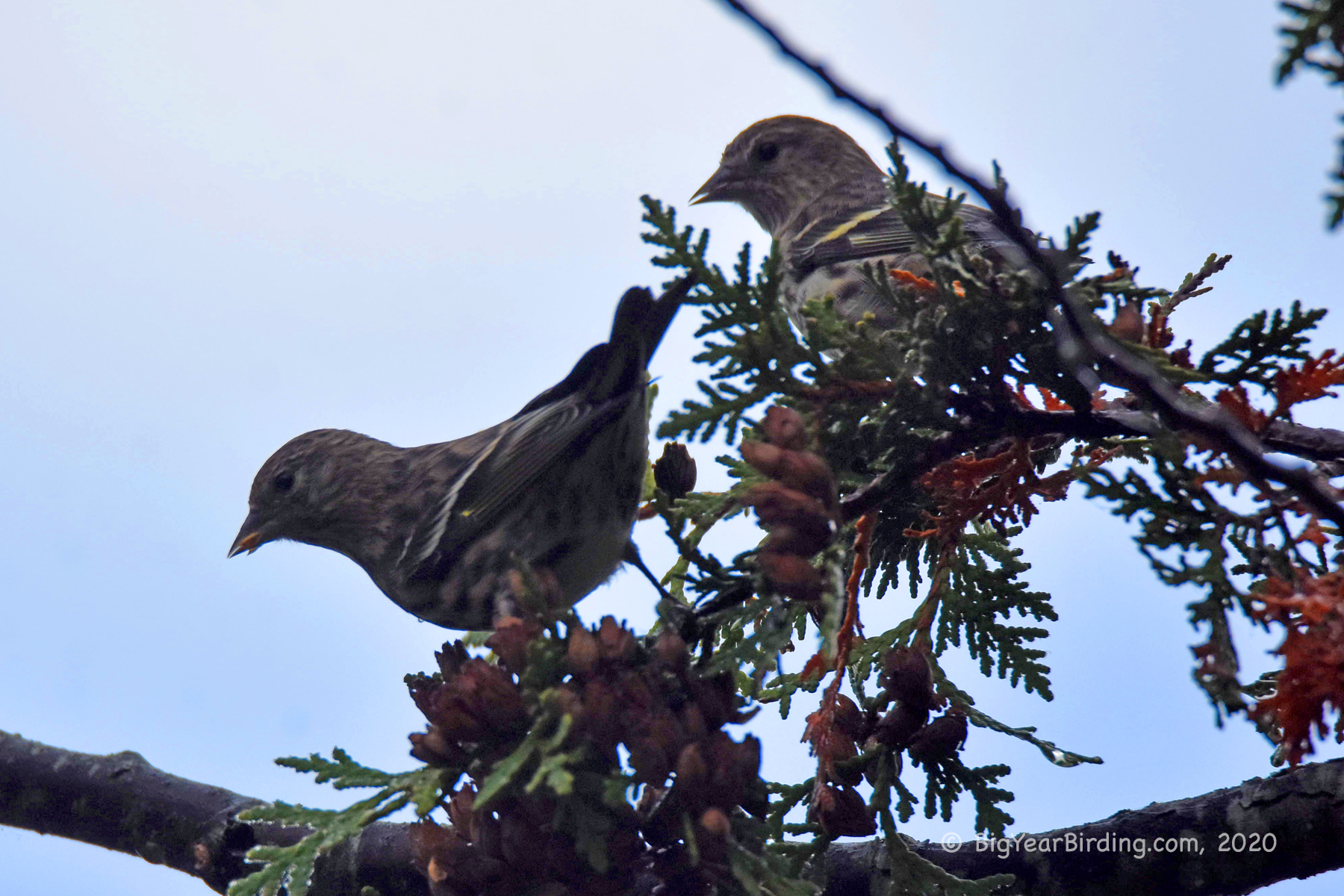 For the most part Pine Siskins live in the Boreal Forest of Canada and only move south in numbers when the spruce cone crops are poor north of the border, a random occurrence.  Nerdy Birders like myself rely on the Winter Finch Forecast to predict these these “invasions”. 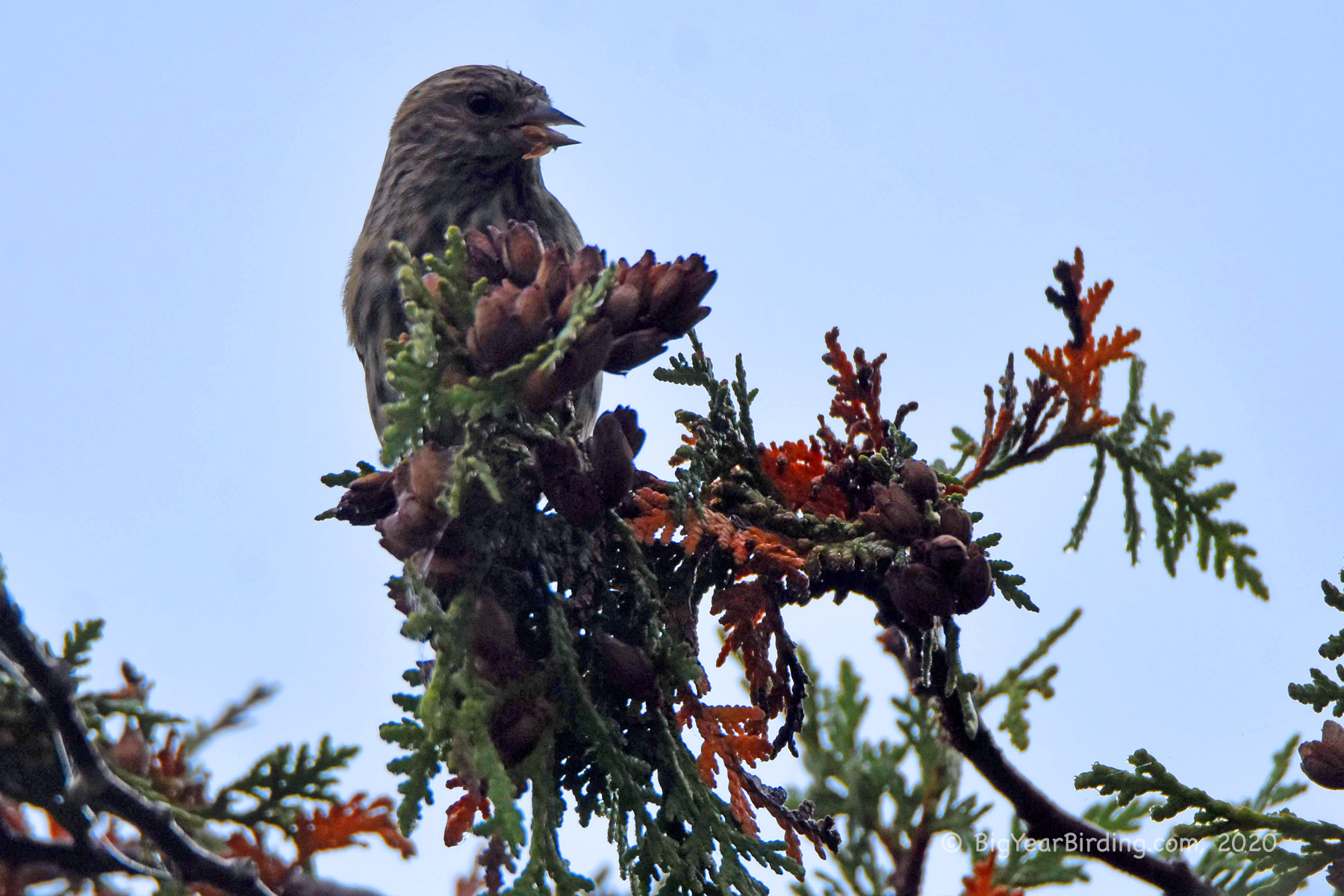 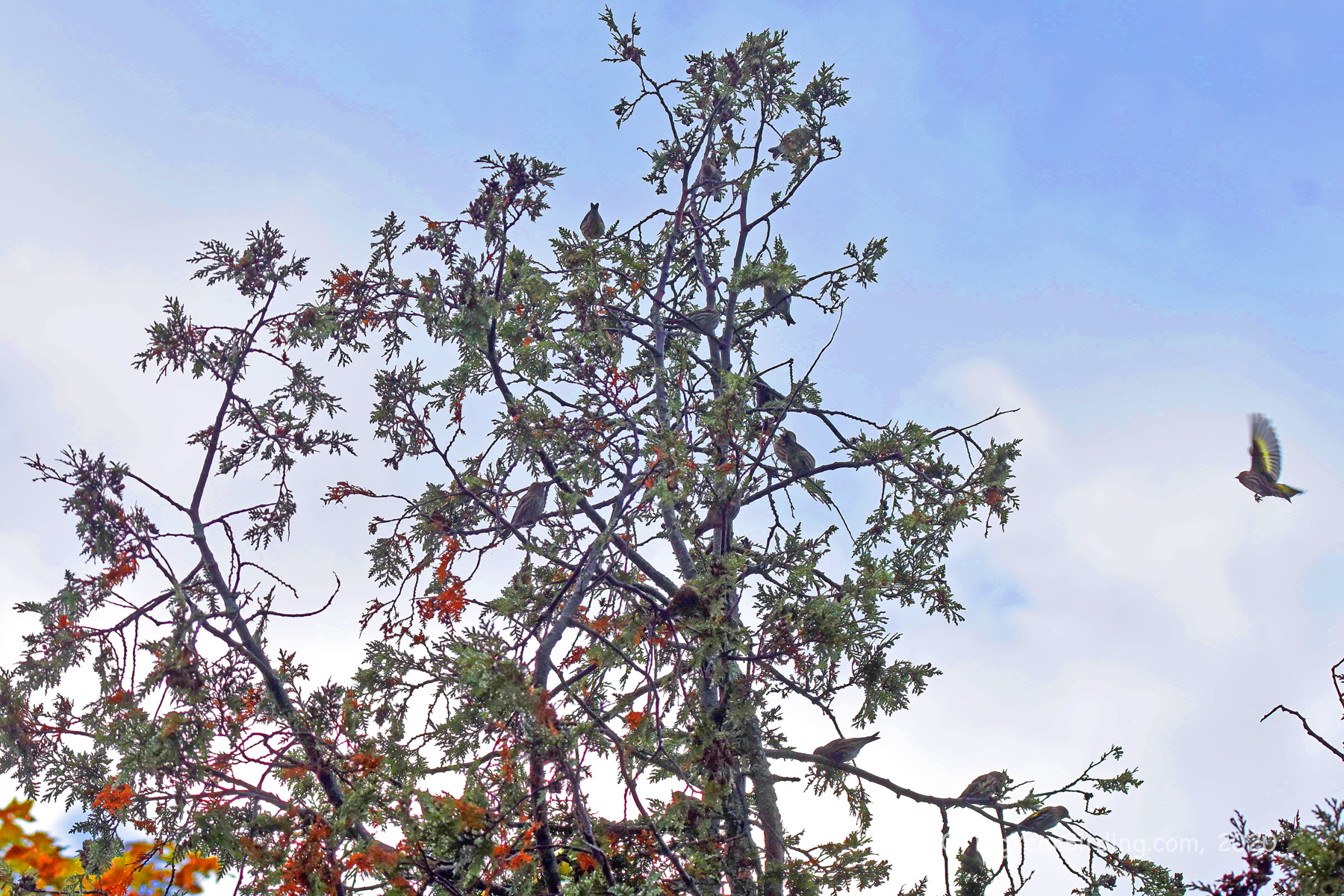 Looks like a good winter to begin a Big Year in Maine.