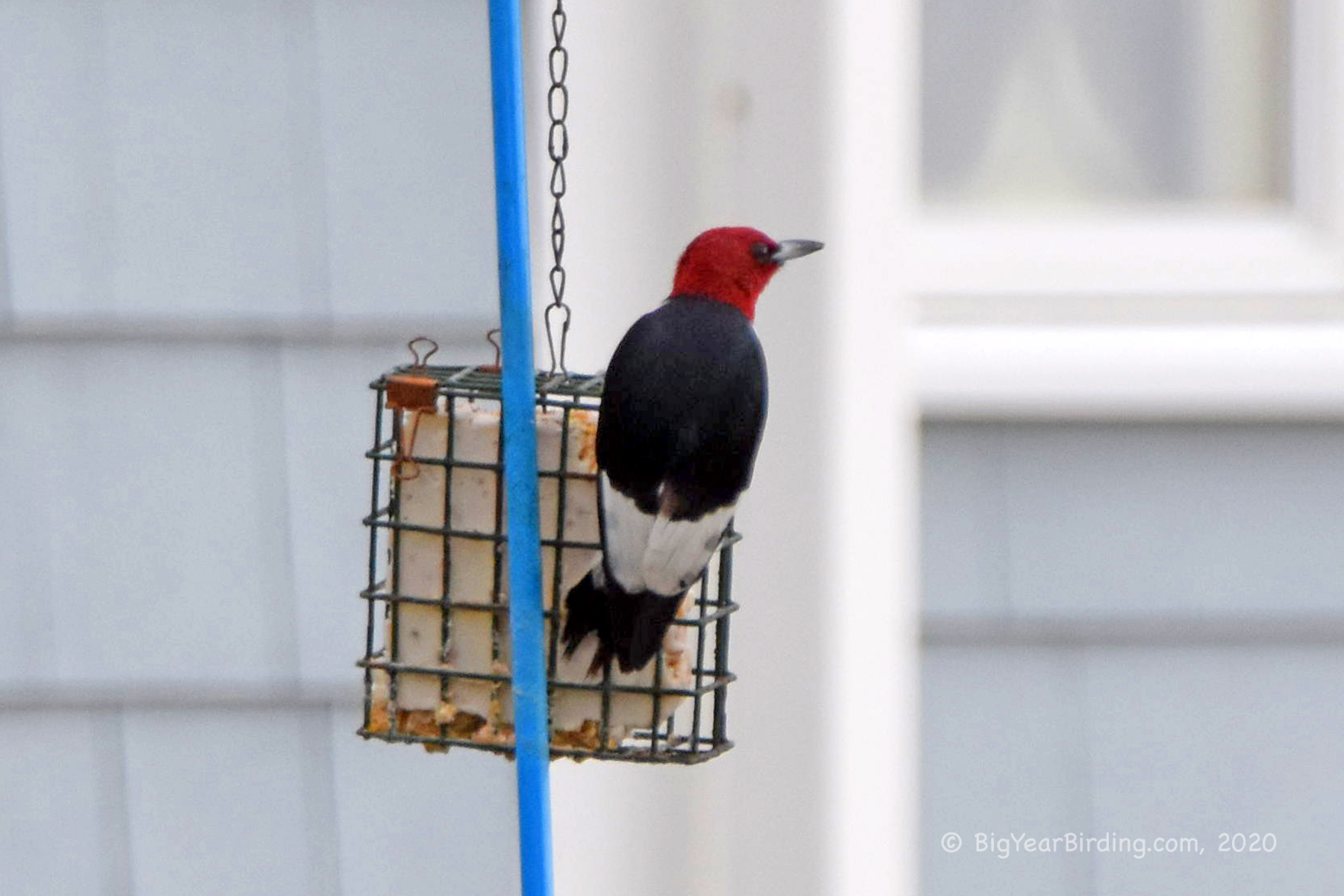 The Red-headed Woodpecker was once relatively common from New York to Florida and then to the mid-west.  But their population has been declining for many years due to habitat loss and a habit of flying into cars as they dash into the road to catch insects.

But they have never been common in Maine and until today I had never seen one . . . anywhere much less in Maine.

Today I followed up on an eBird sighting and found the Red-headed on a near by suet feeder.