Wedding Crashing for a Western Tanager 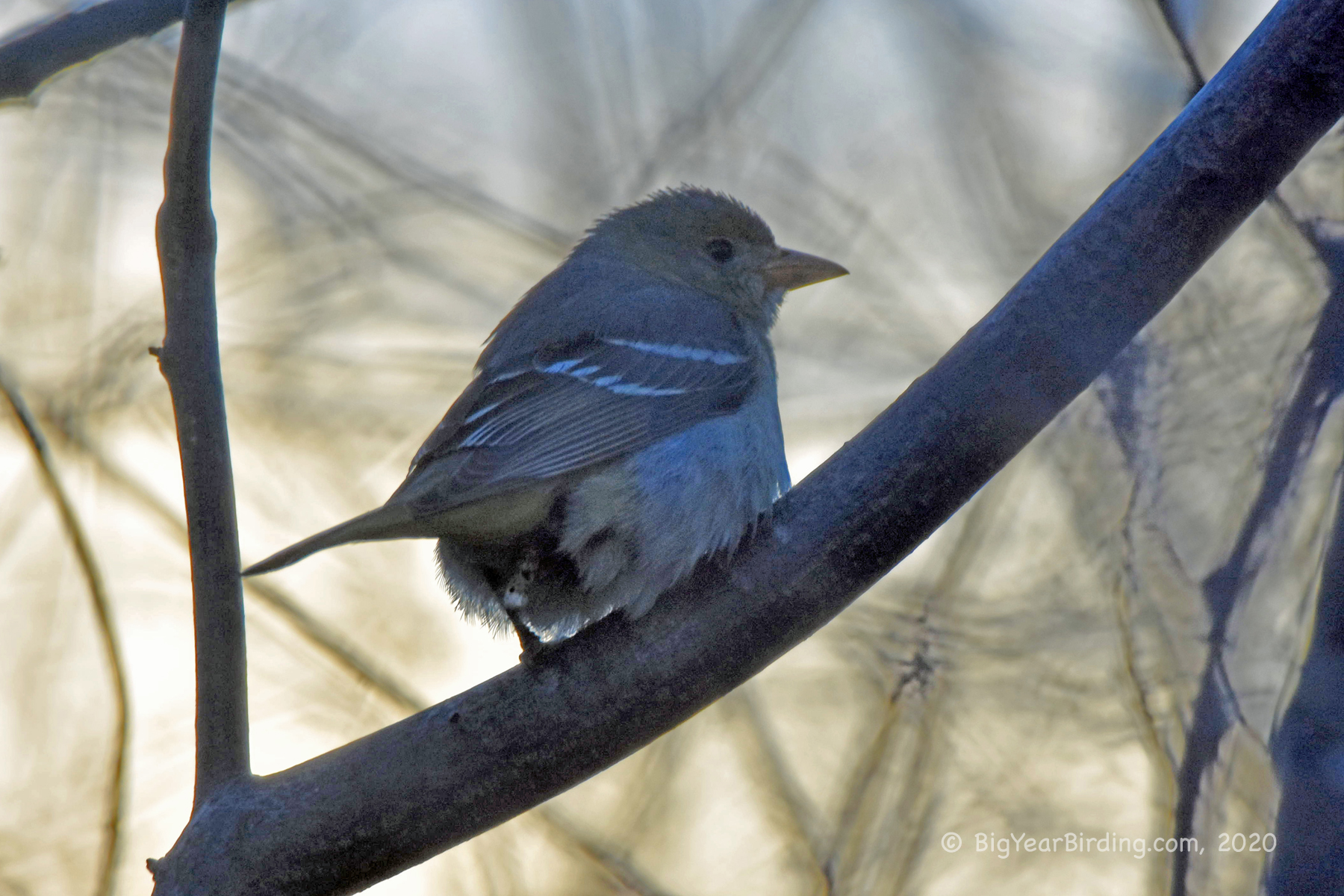 So this afternoon, the report of a juvenile female Western Tanager was confirmed at the Cliff House, a premier resort in Ogunquit, Maine.  I was a good 90 minutes away and I’d only have about 45 minutes of daylight once I arrived.

Naturally, I hit traffic and I thought about giving up . . . but I’m at 293 Maine birds for the year and still have an outside chance of being the premier eBirder for the year, my friend Marian Zimmerman has 297, so I had to give it the old college try.

As expected I arrived at Cliff House late . . . getting dark . . . no other birders around. I rushed down the trail (near the pool) where it was sighted this afternoon… and I was horrified to come upon a wedding (tuxedos, gowns, etc). So I had to wait 10 minutes for the wedding to end … I thought tromping around the ceremony with my camera, boots and binoculars might be tacky.

Once the last guest left the freezing weather (the bride must have been cold) I continued down the trail . . . and five minutes later the rare Maine came in on me for a few rather dark photos.

Ingrid and I had seen Western Tanagers before while birding out west . . . but a sighting east of the Mississippi is incredibly rare.