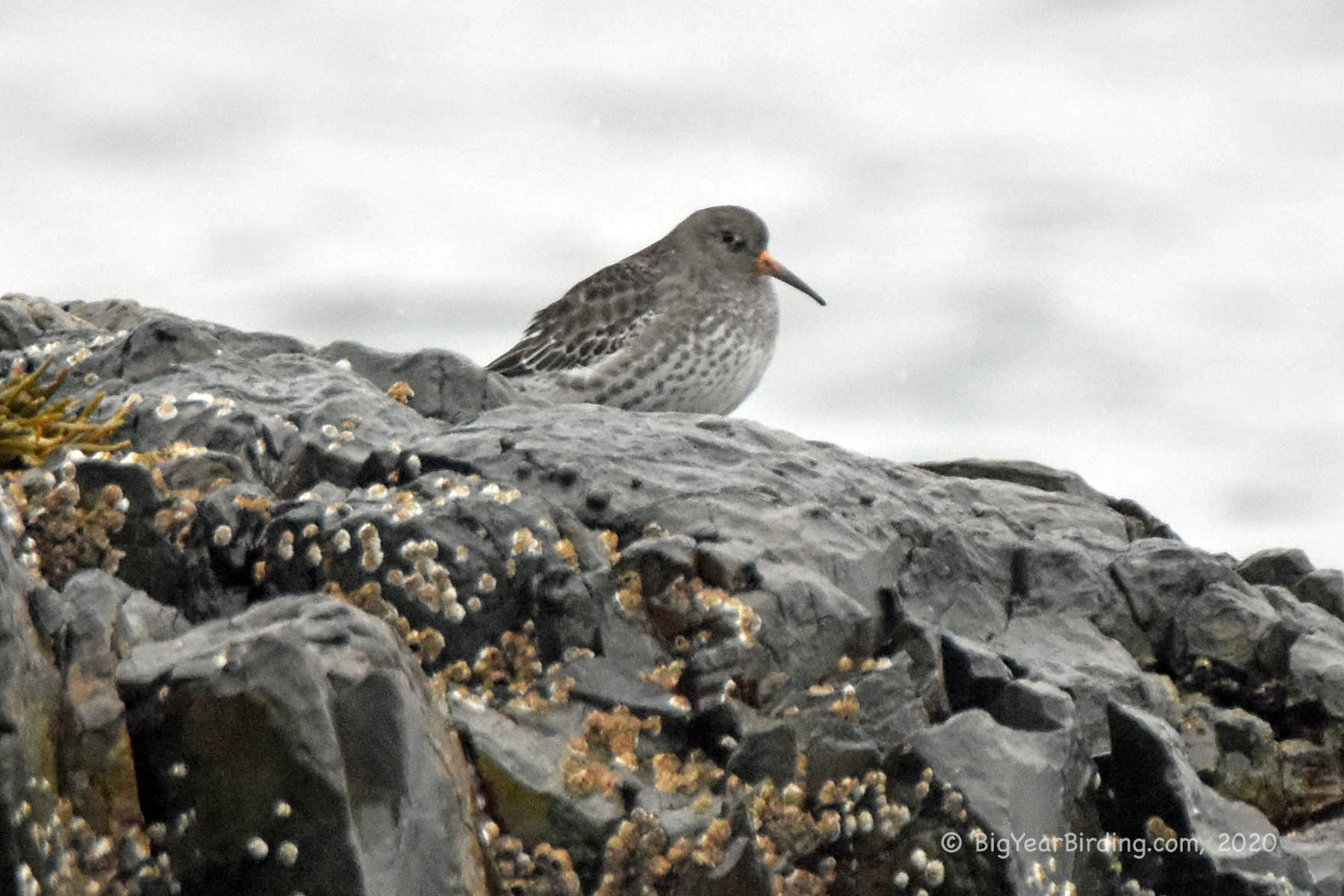 When I think of sandpipers, I used to think of warm summer beaches, watching little birds running along the surf . . . beach blankets, suntan oil and cold beer.

That was all before I became a birder and I began to understand the different kinds of peeps, different migration patterns and food supply.

Which all leads me to the Purple Sandpiper, a bird that we only see in Maine during the cold winter months.  Feeding on icy surf swept rocks . . . often dodging the waves as they hit the outcrop . . . rushing in to feed on invertebrates pulled from crevasses and seaweed and then back to dodge the next wave.

Photographing one requires going out on those very rocks, which can be a bit challenging in Maine in December.