When I decided to do a Maine Big Year, I knew I’d have to make at least one winter off shore trip to pick up some of the pelagic species.  I talked to a couple lobstermen about riding out with them . . . but they really didn’t seem too excited about a “birder” getting in the way of their trap hauling. 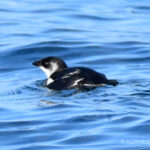 This weekend Ingrid suggested that I ride the Mohegan Island Ferry out and back (25 miles round trip) and see what I could see.  January is not exactly the nicest time to be out on the ocean in Maine . . . it can be deadly . . . but I checked the weather and Wednesday looked warm and calm . . . so out I went. 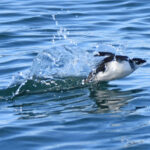 The highlight was the Dovekies, a small relative of the Atlantic Puffin, they are only found near shore after a winter storm and can only be seen with high powered scopes.  But today was the exception to the rule and dozens were popping up around the boat . . . often only a few feet away. 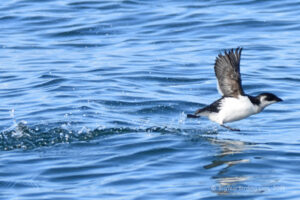 The warm weather let me sit by the bow often without gloves.

The other surprise bird was the Common Murres . . . a summer bird.  Their cousin, the Thick-billed Murre should have been around . . . but with birding their is always a surprise. 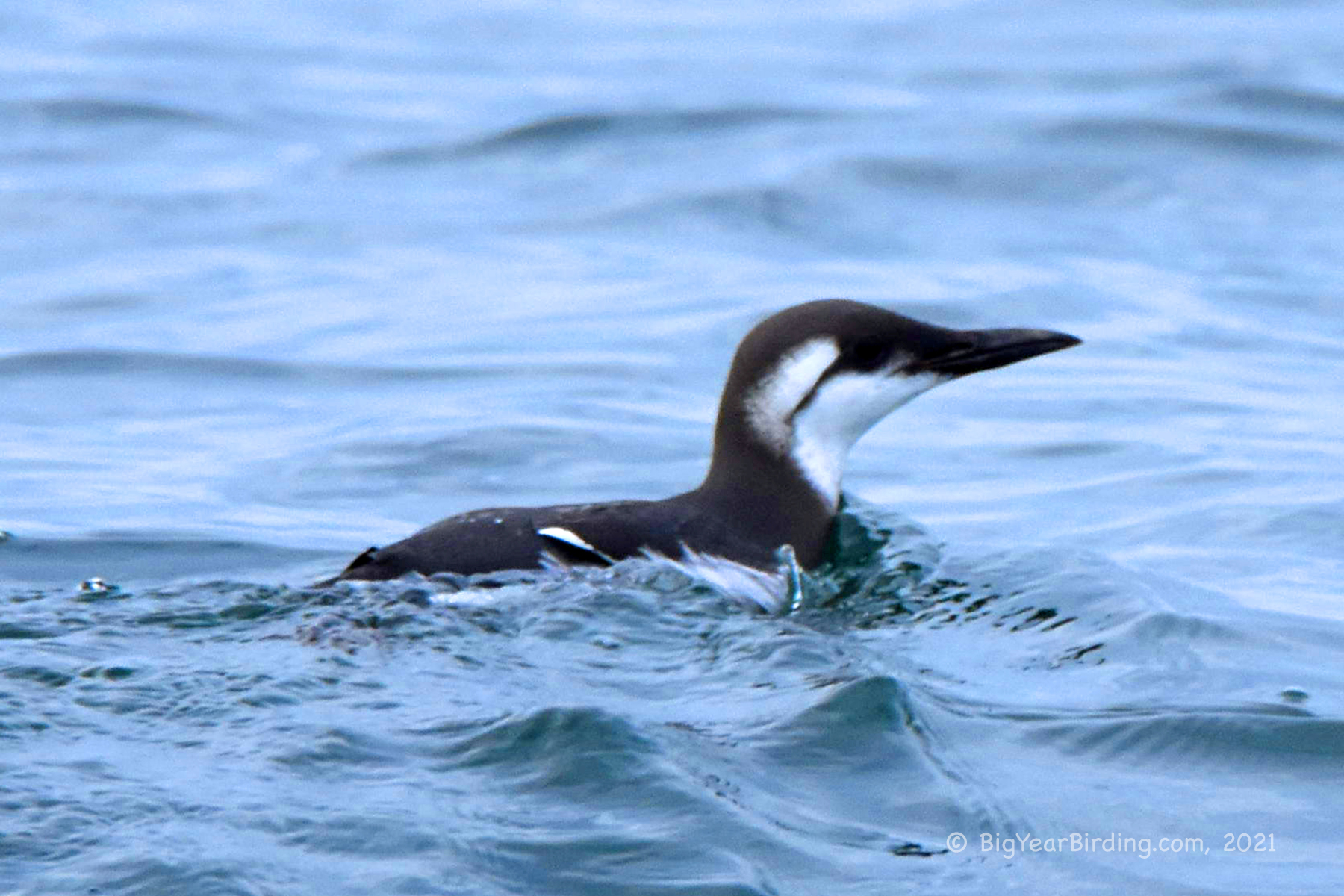