Ingrid, a teacher, had her usual full day and I had a virtual meeting this afternoon . . . not to mention a certain inauguration taking place . . . and after all of that, we needed to get out and do some birding.

After getting Ingrid the Snow Goose in the Wells Marsh, we headed for Wells Beach hoping to get the Dunlins that had been seen there this week (they should have gone south long ago).

We walked up and down the beach looking for the little surf runners . . . but no luck.

As it was getting a little dark, I remarked to Ingrid, “I’ve been birding hard this month and once 3:00 comes around, it goes dead even with plenty of life left.”

Ingrid said, “They are probably looking for a place to spend the night.  Where would I sleep if I was a Dunlin?”

Laughing, I responded, “Perhaps in between the rocks in the jetty.”

We both looked up and “BOOM” there were dozens of peeps on the jetty a quarter mile away. 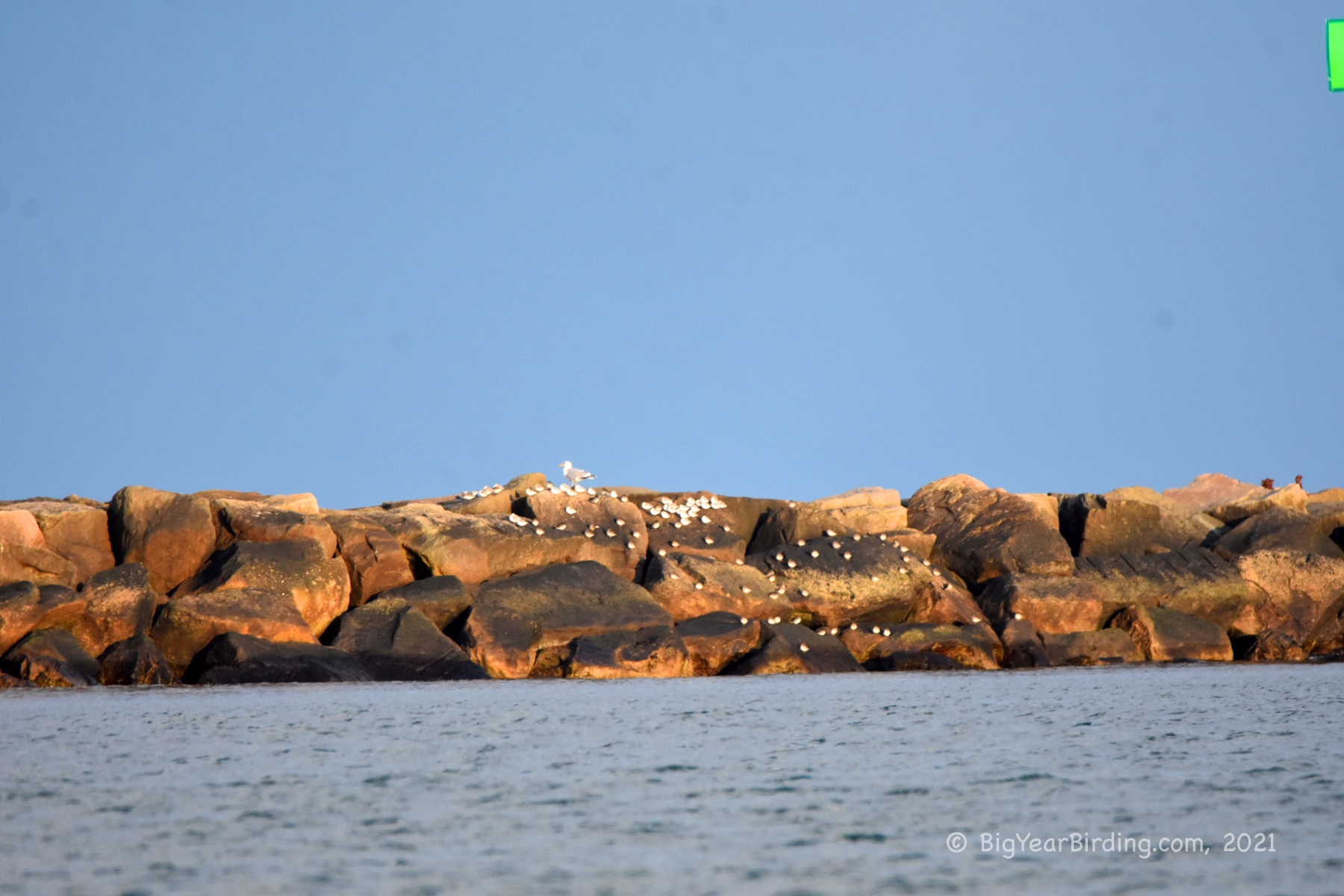 The walk to the end the jetty was treacherous, with large gaps, irregular borders and a design that made us feel we were going to slip into the Atlantic Ocean at any moment. 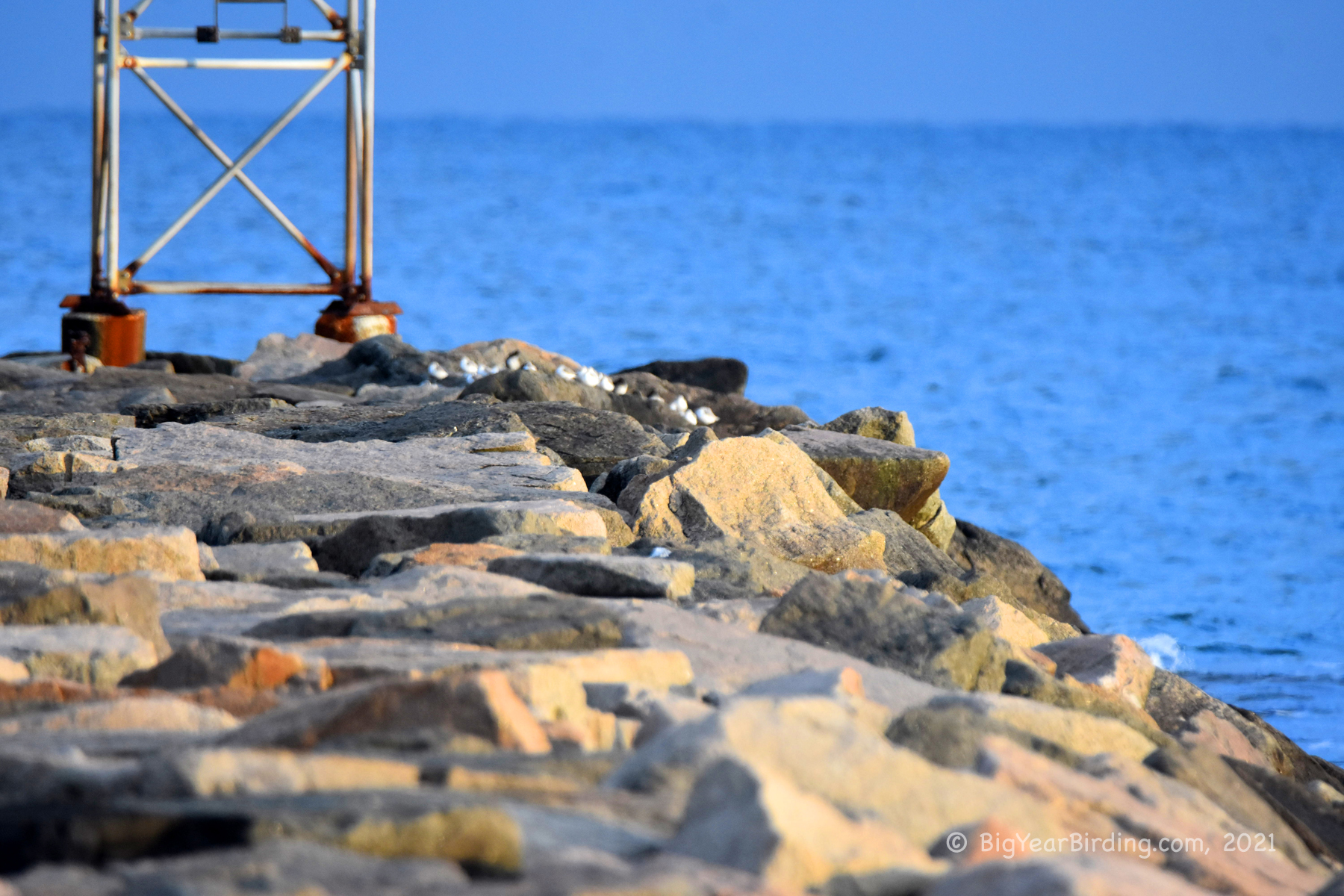 But the trip was worth it as we saw five Dunlins and a bunch of Sanderlings and Purple Sandpipers . . . first of the year birds for Ingrid.  I was happy to get the Dunlins, Maine Big Year Bird #114. 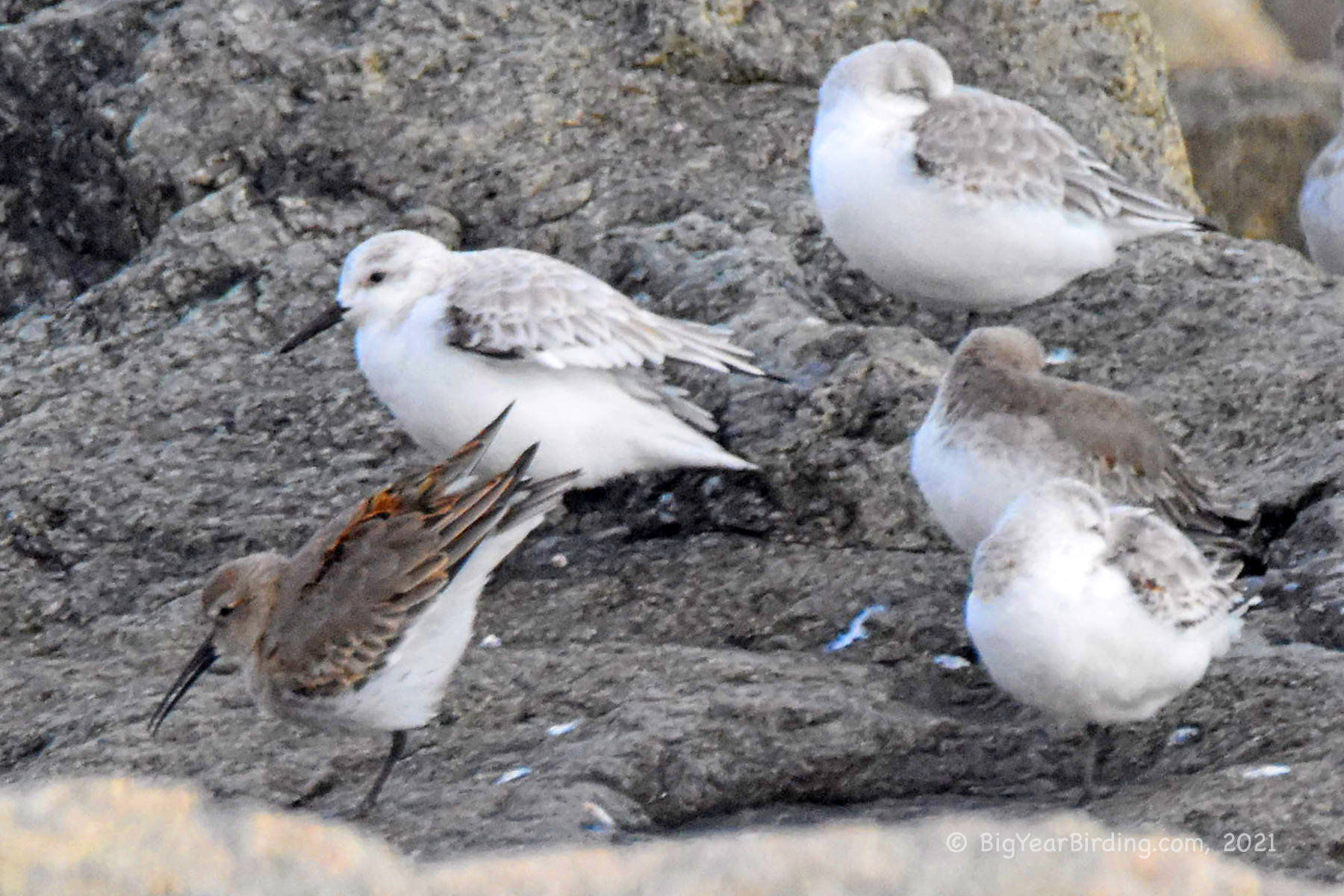 The walk back on the jetty was even more difficult as the wind began to pick up.

Just as we got back to the car, it started to snow . . . and boy, did it snow hard.  If it had started 15 minutes earlier, Ingrid and I would have been in real trouble.