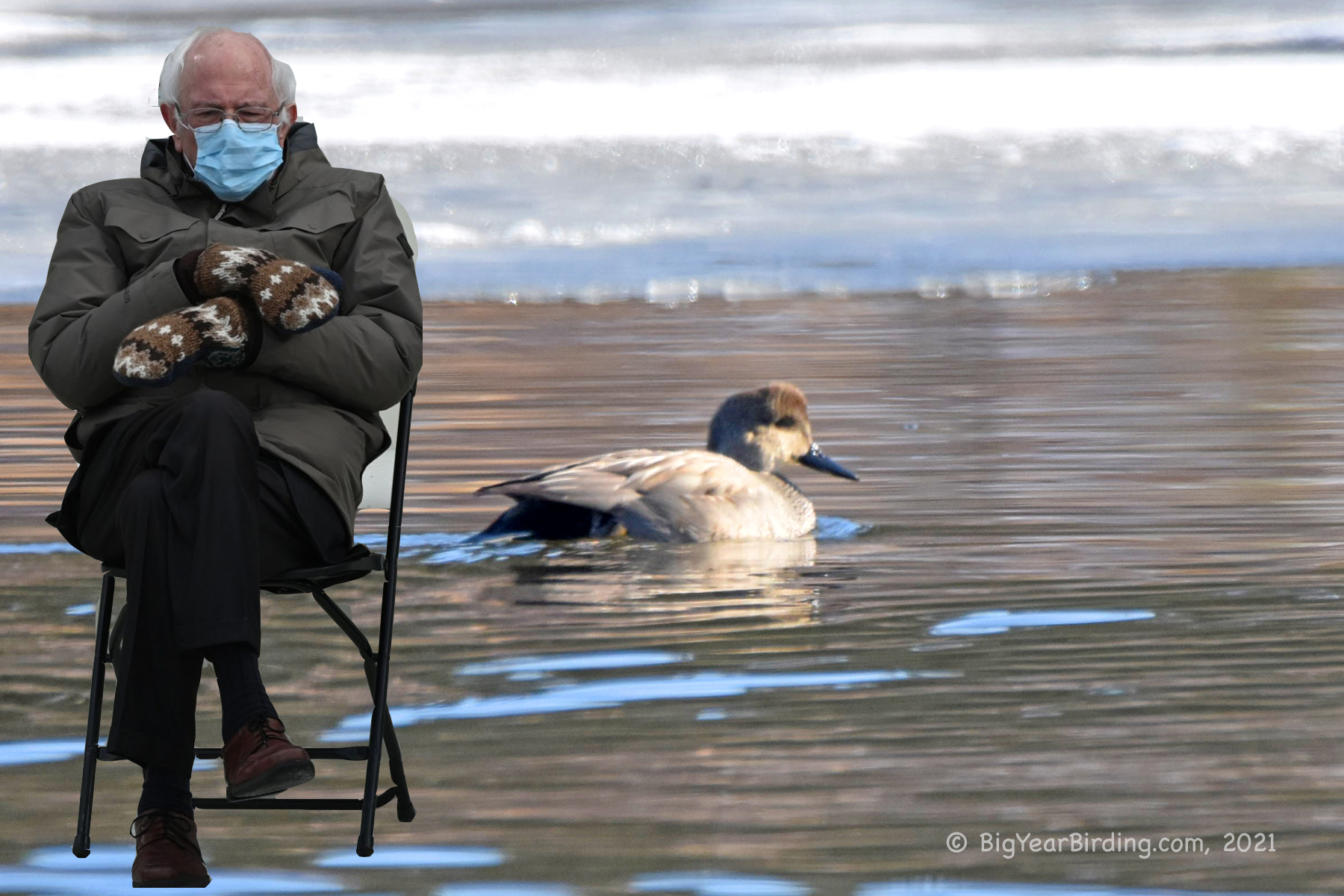 Yesterday morning I got up at 1:00 am and headed to Fort Foster a beautiful park on the southern most tip of the State of Maine for a little nocturnal birding. Eastern Screech-Owl are pretty common through much of the eastern United States, but only its in the very southern part of Maine.

I arrived at the park about 2:00 am, put on my headlight and walked to the gate . . . which had a very prominent sign “NO ADMITTANCE AFTER SUNSET.”

Fortunately it didn’t say ‘NO ADMITTANCE BEFORE SUNRISE” . . . so I went on in.

I wandered around for an hour, scanning the tree tops, listening for an owl call.  I had something bark at me 6 or 7 times from about 10 feet up . . . but couldn’t figure out what it was.

Then I heard a trill  . . . the definitive sound of an Eastern Screech Owl.  Right about this time I noted a few snow flakes falling.  As I walked toward the trill (I had only heard it once, not an ideal way to triangulate a bird) it started to snow a little harder.  I heard thought I heard another trill but the Owl was no longer my main concern . . . it was snowing so hard I could barely see.

The snow was moving through the headlight beam so fast and so steadily . . . it was literal a white out.  Finally I turned it off and stumbled through the dark to the car.

In 15 minutes there was an inch of snow on the ground and another inch before I got to the highway . . . where inexplicably . . . it had not snowed.

A winter Big Year in Maine is soooooo much fun.

Later in the day I got a Gadwall, bird #116 of the year . . . did a little photoshopping of Bernie Sanders from the Biden Inauguration (if you’re reading this blog ten years from now . . . google the reference).