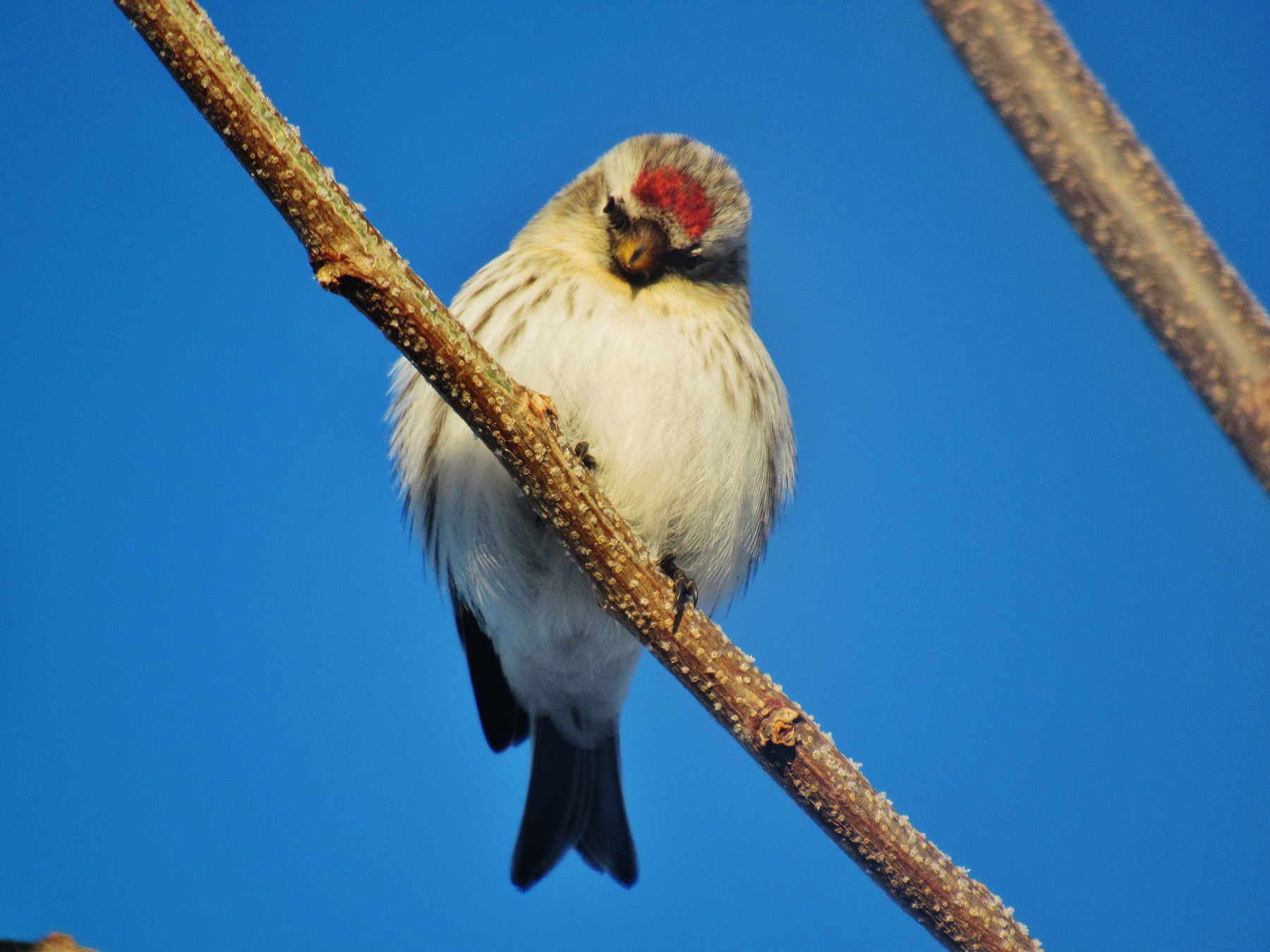 Three years ago when Ingrid and I decide I would do my Maine Big Year in 2021 . . . we had no way to know that this would be a Finch Irruption Year . . . but it’s better to be lucky than smart.

The poor spruce cone crop in Canada has pushed Crossbills (Red and White-winged), Dickcissels, Evening Grosbeaks and Common Redpolls down into the lower 48 States . . . and enough have stopped in Maine for me to add them all to my Year List.

Common Redpolls, a bird rarely seen in previous years are being recorded everywhere and in every flock I look for a frosty white and unstreaked bird . . . a Hoary Redpoll.

Hoary’s are an Arctic Bird accustomed to bleaker conditions than their “Common” cousins but in a year like this, several Hoary’s have been seen in Common Redpoll flocks.

I contacted a homeowner in Clinton, Maine who regularly was reporting a Hoary visiting her feeders with Common Redpolls.  She readily agreed but due to COVID-19 I felt I had to watch from the car . . . a good 100 feet from the feeders (a long way to photograph a very small bird).

Working with the owner watching from inside (we were texting: “it’s on the ground, it’s on lower branch, it flew, etc.”) I quickly found the Hoary and got some diagnostic photos . . . but the photo above is from the owner.

I then stopped at a nearby Dairy Farm and picked up a Lapland Longspur, Maine Bird # 125 for the year.  My car still smells bad because I parked next to a silage pile for over an hour . . . and some of it got caked under the tires. 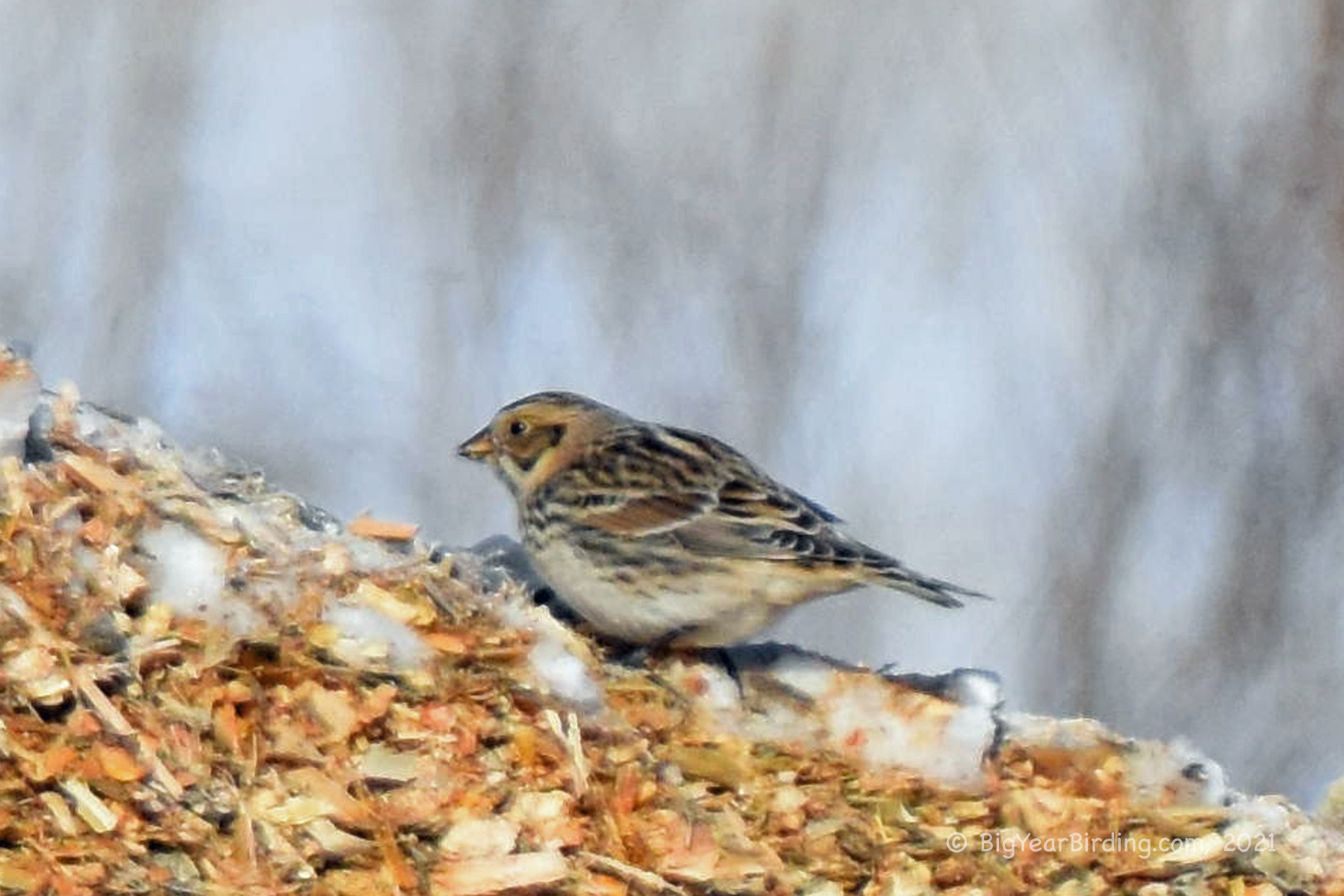 Other birds on the silage pile: