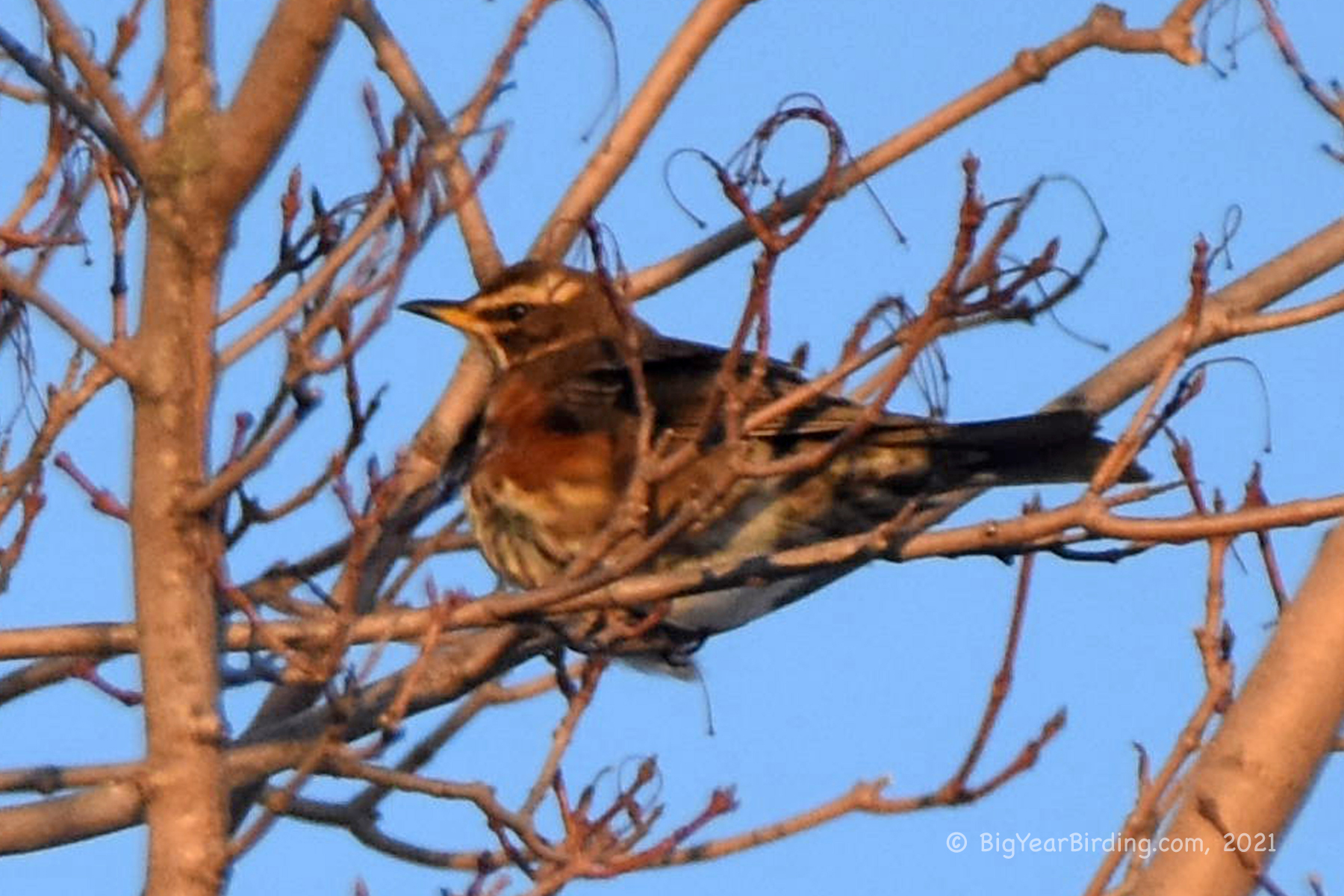 According to Woody Allen, “80% of success is showing up”.  I’m pretty sure he wasn’t talking about birding . . . but the axiom carries over.

Through most of January, there has been a Black-headed Grosbeak being

seen in a Capisic Park in Portland, Maine.  I have made eight trips and spent dozens of hours standing in the cold and wind hoping for a fleeting glance of the bird.

Yesterday was the coldest day of the year and there were two morning reports of the Grosbeak (Ingrid and I have seen them in Arizona).  I arrived for my latest vigil  around 1:00 and was soon joined by some of the best birders in the State and a few of the young superstars.  When birders flock together like this, everyone begins to tell war stories (“remember when the Pink-footed Goose . . .”) and much laughter.

But then the cold started to seep into our bones and the stakeout became quiet and the number of birders began to shrink.  By 4:00 I was beginning to make a deals with myself . . . “you can leave after Doug and Josh leave” or “you can leave at 4:30”.

About 4:10 pm as the feeling was leaving my fingers and toes, a birder named Chris Sayers ran up the hill exclaiming that Brandon McKay had found a Redwing.  Suddenly all the young guys were gone . . . running as fast as they could.  Perplexed I thought . . . “a Red-winged Blackbird is rare this time of the year but nothing to get so excited about.”

By the time I caught up with the youngsters (I’m 62+) I began to vaguely remember a European bird, similar to the Fieldfare, named “Redwing” . . . an Eurasian species that belongs in southern Europe or even Iran this time of the year

The bird was quickly located and we watched it move through the trees with Robins.  For ten minutes we were able to view it with our binoculars and photograph it from afar.  Finally a Merlin attacked the Robins and they and the Redwing disappeared for good.

Certainly this is the rarest bird I’ve seen since the Fieldfare in 2017.

Suddenly the Black-headed Grosbeak (which I still have found) doesn’t seem so important. 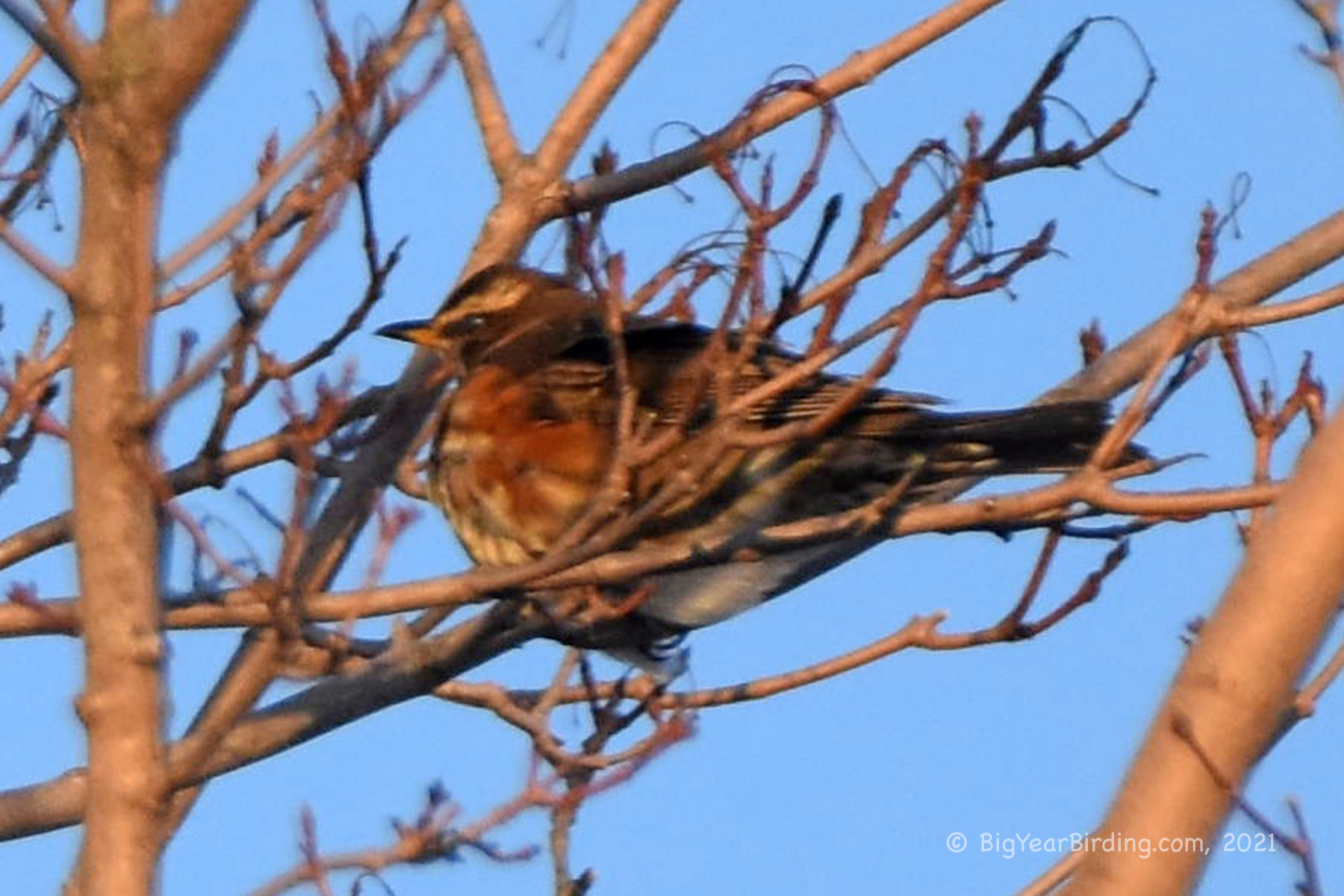