This morning another birder and I were standing along a wooded country road scanning a stream that was free of ice . . . hoping to spy the Pied-billed Grebe reported to be lurking along the edge.

I glanced across the road and noticed one of those plastic owls that folks place on their roofs or boats to scare off pigeons and gulls.  I remember thinking that this was an unusual place for someone to hang an owl scarecrow . . . along the edge of the road.  Then the plastic owl moved its head.

For eight years I’ve been trying to photograph a Barred Owl.   Facebook and Instagram are filled with photos of  iPhone snapshot of this owl sitting on deck railing, hoods of cars and power lines.  I’ve seen them at a distance being mobbed by crows and their haunting song “who cooks for you, who cooks for you” is often heard at night during the winter (and occasionally during daylight all year round).  But seeing one up close was obviously beyond my birding abilities. 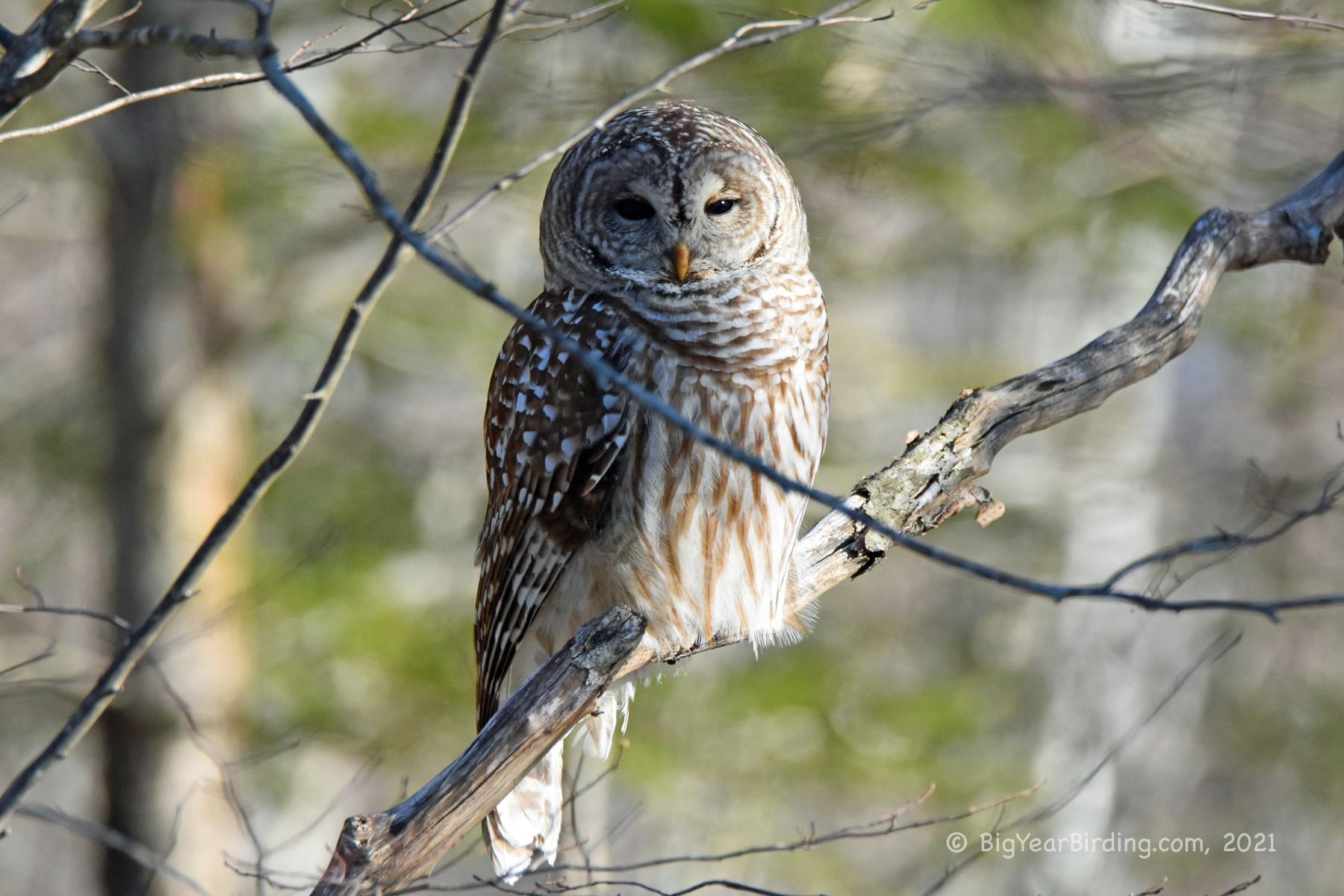 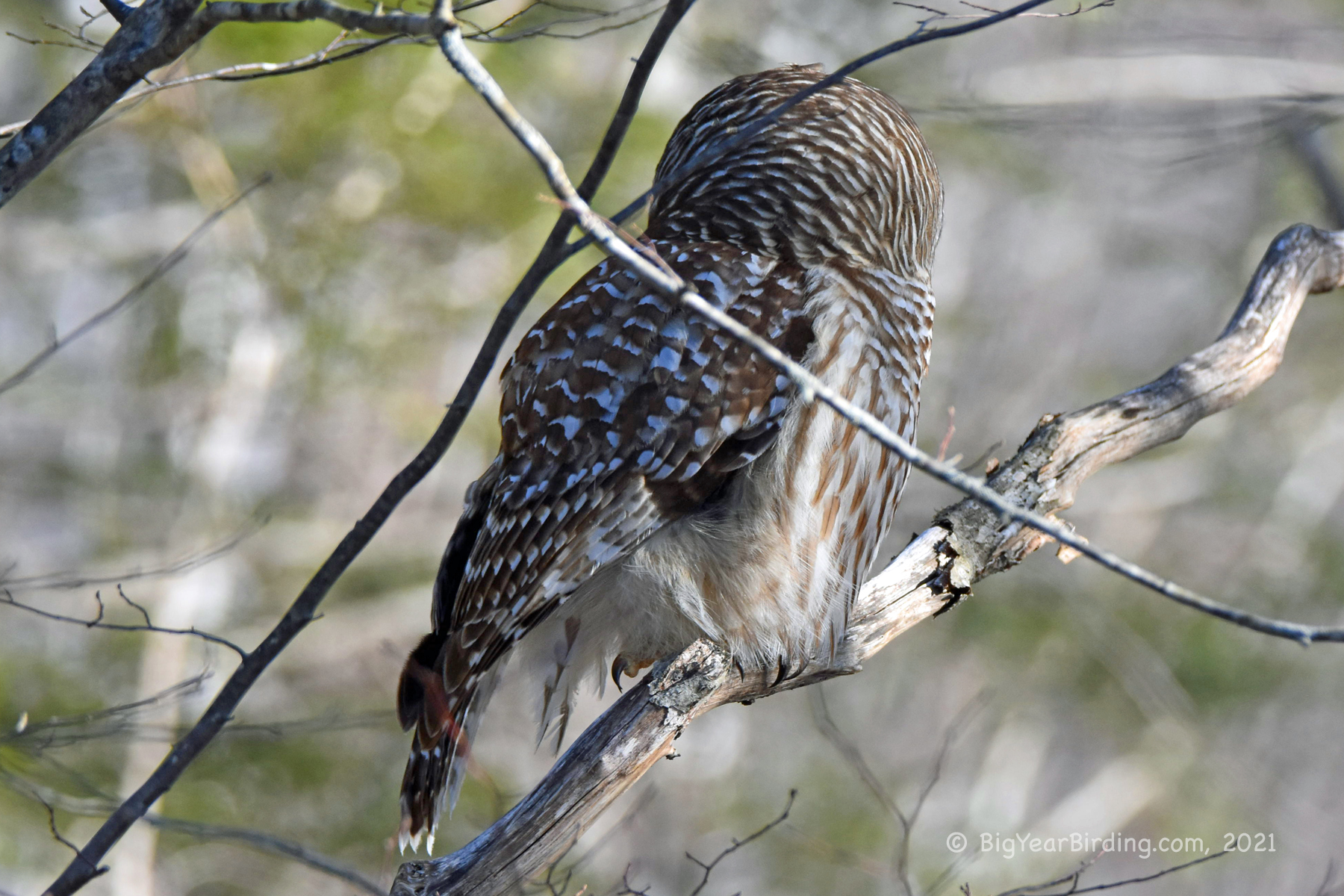