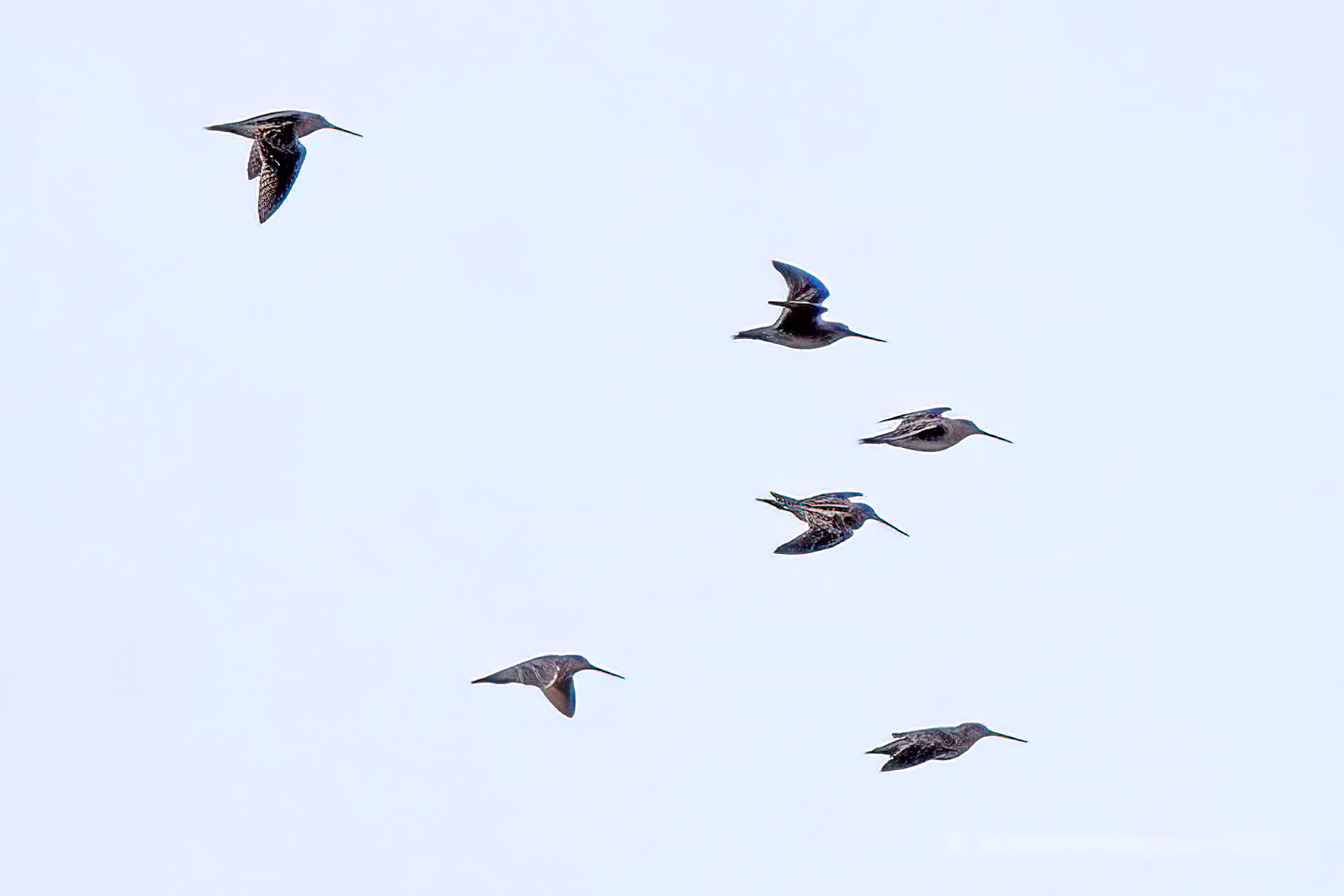 For at least 150 years, the Snipe Hunt has been a practical joke used by fraternities, summer camps and other organizations.  Newcomers, overwhelmed by their new environments are sent into the woods to capture a non-existent animal called a snipe.

When I started birding, I was surprised to learn there really is a family of birds called snipes . . . and every spring, Ingrid and I begin searching for the Wilson’s Snipe.

It is a pudgy brown bird that uses a ridiculously long bill (three times the length of its head) to probe muddy fields for worms and other delectable morsels.

Today I photographed six Wilson’s Snipes flying over a farm field in Eliot, Maine . . . #146 of the year.